The Differences Between Terrorism and Organized Crime

Learn about the differences and similarities between terrorism and organized crime in this article! 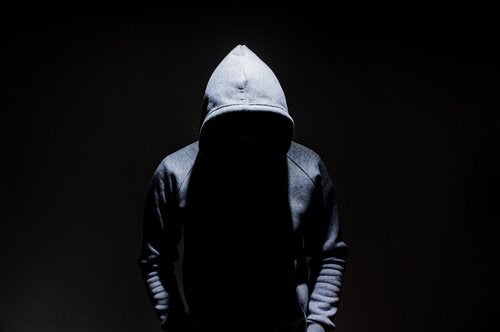 Although organized crime and terrorism share some similarities, they’re very different. On one hand, organized crime is a way of committing crimes. These crimes require a certain level of planning and the coordinated participation of several individuals.

On the other hand, terrorism is characterized by extremely violent events. Terrorism uses violence as a way to fight civilians and obtain a political response. Thus, terrorism seeks to confuse, frighten, or irritate citizens and/or their rulers. It seeks international public attention, to sow doubts about the legitimacy of a political regime, provoke internal conflicts in threatened societies, and support and mobilize followers.

“Do you know why people like violence? It is because it feels good. Humans find violence deeply satisfying. But remove the satisfaction, and the act becomes hollow.”

Above all, organized crime seeks profit. Criminal organizations want money – and the more, the merrier. Terrorism, on the other hand, seeks to change systems, achieve independence, or get some kind of political or religious advantage.

However, these two variables also have certain similarities. Terrorist organizations need money to finance themselves. For example, they need to buy weapons, organize recruitment and propaganda, prepare and execute the attacks, among other things. And all of them require money.

Organized crime seeks to take advantage of, but not change, the established order, whereas terrorism seeks to transform or destabilize existing institutions or force its representatives to adopt measures that go against their principles and interests.

The frequency of criminal activity

On the other hand, organized crime is more frequent than terrorism. What this means is that it’s more likely for crimes to be committed by criminal organizations than terrorist groups. This is because organized crime is more willing to sacrifice security in order to get more funding. In contrast, carrying out terrorist attacks doesn’t usually provide financing. It’s actually quite the opposite. Therefore, terrorist groups often prefer security.

“We live in a world where we have to hide to make love, while violence is practiced in broad daylight.”

The use of violence

One final but significant difference between organized crime and terrorism is the way in which they use violence. The effectiveness of a terrorist attack depends on its impact. A terrorist group may attack a small group of people to intimidate many. Therefore, the more extravagant the attack, the greater the response. However, the attack can be counterproductive if many people die because of it. If this happens, they won’t gain followers.

In conclusion, although terrorism and organized crime have some things in common, they’re different in many ways. Organized crime seeks to profit economically and terrorism seeks political change. In addition, organized crime is usually anonymous, whereas terrorist violence is conspicuous.

“I object to violence because when it appears to do good, the good is only temporary; the evil it does is permanent.”

Terrorism – When its Shadow Leads Us to Helplessness
Terrorism has not only had a direct effect on the victims. The emotional and psychological impact associated with the shadow of fear has reached us all. Read more »
Link copied!
Interesting Articles
Psychology
Yoga And Depression: What Is Their Relationship?

We often confuse happiness with getting what we want, fulfilling our dreams and reaching our goals. We think we will…