What Is Archetypal Psychology? 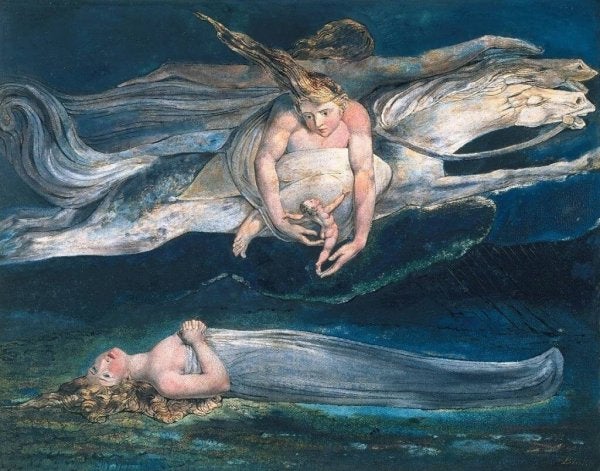 Human beings already made the first step by believing in Gods, in those preternatural entities that personified universal attributes, forces, and values such as the night, justice, time, and the seas. They allowed us to conceive the cosmos as a theater where those forces gave meaning to reality and life itself.

The theoretical proposal of archetypal psychology lies in the fact that our affinity for these personifications didn’t disappear when polytheism started to direct itself to the monotheistic cult.

Plato, just like his teacher Socrates, firmly believed that “the greatest certainty is found in the greatest abstraction” and he decided to give these universals the name “archetypes”. However, his own disciple Aristotle initiated the turn towards the concrete, a change that, evidently, shaped scientific thinking.

Centuries later, Sigmund Freud rediscovered the fact that our unconscious expresses itself through interpretable (and meaningful) symbols. From there, his disciple Carl Jung discovered the parallelism between those symbolic images and those from ancient myths.

“The self as the essence of individuality is unitemporal and unique. As an archetypal symbol, it is a God-image and therefore universal and eternal.”

Jung also created the theory that stated that existence was a ‘collective unconscious‘. He realized that the symbols showed even in patients who didn’t know anything about ancient mythology. The Jungian analytical psychology school undertook a study about the way the archetypal figures in myths influence our lives.

Two years before Jung’s death in 1961, a young psychologist named James Hillman guided studies at the C.G. Jung Institute in Zurich. In the following years, a small community of researchers and Jung followers ended up breaking up the analytical school. After this, they proceeded to found archetypal psychology.

“The collective unconscious-so far as we can say anything about it at all appears to consist of mythological motifs or primordial images, for which reason the myths of all nations are its real exponents.”

Archetypal psychology distances itself from the priorities of analytical psychology. Instead, it focuses on the imaginary control that the self has over our lives and in the fact that there’s a ‘plurality of archetypes’ that build our psyche. The source of knowledge isn’t the Cartesian self anymore but rather that world full of images where the “self” inhabits.

Archetypal psychology has criticized the main schools of psychological thought (such as behaviorism or cognitive psychology). It accuses them of reductionism by adopting the philosophy/praxis of the natural sciences and being “psychologies with no psyche”.

For Hillman, the psyche manifests itself through imagination and metaphors: “Each life is formed by its unique image, an image that is the essence of that life and calls it to a destiny (…) It has much to do with feelings of uniqueness, of grandeur and with the restlessness of the heart, its impatience, its dissatisfaction, its yearning. It needs its share of beauty. It wants to be seen, witnessed, accorded recognition, particularly by the person who is its caretaker. Metaphoric images are its first unlearned language, which provides the poetic basis of mind, making possible communication between all people and all things by means of metaphors”.

Archetypal psychology has a polytheistic facet. In fact, some authors speak symbolically of “gods” to refer to the “plurality of archetypes“.

Archetypal psychology bases its therapeutic proposal on the exploration of images rather than on their explanation. It talks about being aware and attentive to these images until they’re as clear as they can be and contemplating them carefully until our observation creates a meaning. All of this gives place to a therapeutic process that Hillman called “the creation of the soul”.

“Psychology, so dedicated to awakening human consciousness, needs to wake itself up to one of the most ancient human truths: we cannot be studied or cured apart from the planet.”

Jung’s Spiritual Awakening
Carl Gustav Jung is maybe not as iconic as Sigmund Freud in the world of psychology but his spiritual awakening has left an important mark on an society Read more »
Link copied!
Interesting Articles
Psychology
Beth Thomas: the Psychopath Little Girl

Psychology
Difficult People: It's Not Personal, They Are at War With Themselves

Difficult people, negative people, toxic people. People who hurt us and violate our peace too easily and probably with extreme frequency.…