Anomie: What Is It Exactly?

Anomie refers to the tension that occurs between groups and individuals in compliance with the rules. These are important to maintain social cohesion. however, at the same time, if they don't align with individual aspirations, conflicts may arise. 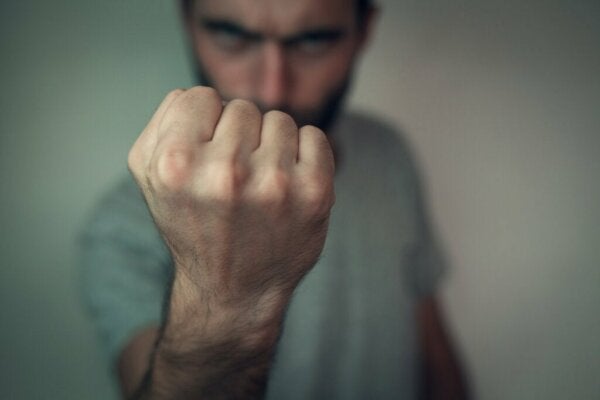 Anomie is a very old concept. So much so that, in the Middle Ages, it was used to describe people “without God or without law”. However, sociologist Émile Durkheim began to work on this idea in a systematic way. Since then, the term has appeared recurrently in sociology.

The word anomie refers to the absence of rules and the tendency to break the law. For one, it can take place at the collective or individual level. Secondly, it’s equivalent to the lack of guidelines or moral values to guide behavior.

Although the concept of anomie was born in sociology, fields such as political science, anthropology, and psychology also speak on it. Now, it’s important to mention that all these fields associate this term with criminal or “deviant” conduct, as the result of historical circumstances or as part of a moral evolution process.

When we speak of anomie, we speak of tension between the collective and the individual. Basically, there’s no adherence to the rules. This may be due to the fact that individuals don’t think they’ll be able to comply with them even if they’re reasonable.

For Durkheim, anomie was the result of a breakdown or deterioration in social ties; a separation that led to a weakening of solidarity. In other words, if there are no strong ties in a family, a particular group, or society as a whole, individuals don’t feel that they must comply with the norms that give the group cohesion.

Durkheim pointed out that the very division of labor and classes was a form of deterioration in social ties. They introduce forms of injustice and exclusion, which are later expressed in the norms. In the end, these become precepts that legitimize situations that go against individuals. As a result, people become resistant to complying with the rules.

The American structural-functionalist approach first assimilated the concept of anomie. In this case, they transformed the idea that Durkheim initially worked on since they emphasized the individual. It started with the idea that the collective worked well (precisely because it’s collective) and that, if a person couldn’t adapt to this, the problem was theirs and not the whole group’s.

In addition, many authors point out that deep frustration can come if a context proposes norms and models of performance but, at the same time, restricts the means or ways to achieve them. For example, when you bet on being successful and wealthy but the rules themselves prevent you from achieving it.

Under these conditions, not only social ties weaken but also a strong resistance takes place, whether it’s passive or active. This ends up being reflected in various behaviors that include depression, urban violence, crime, and even suicide, among others.

What or who should change?

The issue of anomie and adherence to norms is intricate. In reality, we can say that no society fully observes and complies with the rules at all times. The ideal thing here would be a collective the scope for compliance is very wide while promoting autonomy based on individual ethical responsibility.

Nonetheless, this type of society isn’t easy to build, mainly due to economic and social inequality. Without a doubt, this problem implies inequality in opportunities. At this point, a very important question arises. Realistically, and in order to reduce the tensions that lead to transgression or frustration, which one should be promoted: a change of norms or a change in individuals?

Of course, answering this question isn’t easy. A realistic perspective would have to do with the awareness that it’s important to adapt to reality, no matter how arbitrary it may be. At the same time, this adaptation doesn’t have to be passive. Quite the opposite, actually, it must be critical and active. Individuals would have to deal with this paradox, become more tolerant of frustration, and strengthen their willingness to change.