Anne Frank made her diary a vehicle for reflection and reaffirmation, in the midst of extremely difficult conditions. Her work has been translated into 70 languages and has sold 35 million copies. Nelson Mandela claimed that this diary had given him strength during his captivity. 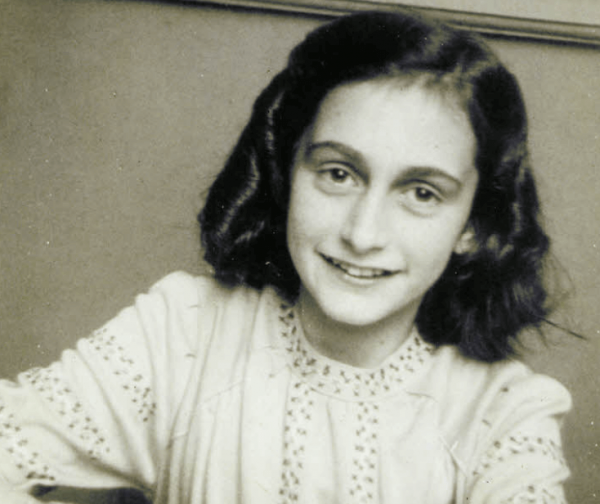 Anne Frank always dreamed of becoming a journalist and then a famous novelist. When she started writing her diary, she saw it as a future project. She thought that she would be able to publish it after the war, when everything returned to normal. Sadly, things didn’t happen as she had imagined. Her dream did come true, but, sadly, she didn’t live to see it.

The Diary of a Young Girl is considered one of the most moving testimonies of all time. What makes it so special is its frankness and the innocence with which it describes the horror of war. Today, it’s one of the most widely-read books in the world. It has a prominent place in UNESCO’s “Memory of the World Register”.

Anne Frank and her family had to hide in a small attic apartment in order to escape the Nazi hatred. The captivity lasted just over two years, and Anne wrote the diary during that time. It’s a charming account of the life of a growing girl who’s surrounded by a terrifying reality.

“As long as you can look fearlessly at the sky, you’ll know that your pure within and will find happiness once more.”

Anne Frank was born on June 12th, 1929, in Frankfurt am Main, Germany. Her father, Otto Frank, served in the German army during World War I. He was awarded the rank of lieutenant, as well as a decoration for bravery: the Iron Cross. Then, he became a banker and, in 1925, he married Edith Höllander.

The couple had two daughters: Margot, in 1926, and, three years later, Anne. They were a traditional upper-middle-class Jewish family.

When Hitler came to power in Germany in 1933, the persecution of the Jews began. As a result of this, the family decided to move to Amsterdam, in the Netherlands.

In their new home, Otto Frank opened a store that sold pectin and spices. Everything went well until 1942, when the Nazis invaded the Netherlands. As was their evil custom, they began to hunt the Jews. The Dutch were the only Europeans who openly opposed this persecution, but their protests had little effect.

The situation of the Jews became increasingly tense. Otto Frank saw that the whole family was in great danger and that it was only a matter of time before they’d be captured. So, with the help of some work colleagues, he prepared a hiding place in the same building where his shop was.

There was another building next door, separated only by a courtyard. It had three floors, and, on the last floor, there was a secret door leading to an attic. The entrance was hidden behind a shelf that led to a staircase, which, in turn, led to a small area where there were two tiny rooms and a bathroom.

Otto told his wife and eldest daughter about the plans but Anne Frank knew nothing until it was time to go into hiding. This happened on July 9th, 1942, three days after Margot, the eldest daughter, was notified that she had to report to the German authorities. This meant that she would be arrested and deported.

Faced with this situation, Otto decided it was time for the family to go into hiding. They had to leave their home at night, carrying all the clothes they could put on, as it was very dangerous to be seen carrying suitcases. They left their house in a mess and with a casual note suggesting that they were escaping to Switzerland.

For the next two years, the family lived in the shelter, and another small family and a dentist also arrived. A total of eight people shared the shelter. Anne Frank managed to describe each of them in great depth and with great talent, turning them into literary characters.

In the diary, she talks about all the characters and also the tensions that they faced in the precarious situation they lived in. The refugees survived these two years thanks to the help of their Dutch friends, who provided them with food and kept them abreast of events. It was in this place that Anne had time to think about life, the world, and even describes how she fell in love.

It all ended on August 4, 1944, when the family and the others were discovered during a routine inspection by Dutch Gestapo officials. The refugees were sent to a concentration camp and the Frank family was separated in Auschwitz.

In the end, Anne was left alone with her sister and both were sent to the Bergen-Belsen concentration camp, where they both, sadly, died of typhus.

The only survivor was Otto, Anne Frank’s father. When he returned to the hiding place, looking for clues about his family, the Red Cross informed him that they had all died. This was when they gave him Anne’s diary, which he didn’t know anything about.

As soon as he saw it, he knew that it would be a document of great historical significance. Two years later, he was able to get it published, and, thus, the dream of his daughter, who had died at the age of 15, came true.

Marcelo Ceberio Talks about Resilience
Marcelo Ceberio talks about resilience and how some people have the resources to solve and overcome catastrophes, while others may need a little help. Read more »