Ed Wood: The Worst Director Ever

Ed Wood is known as the worst director of all time. But his enthusiasm, optimism, and charisma have also made him a symbol of the energy and strength it takes to believe in yourself. Tim Burton made a biographical movie about him in 1994. 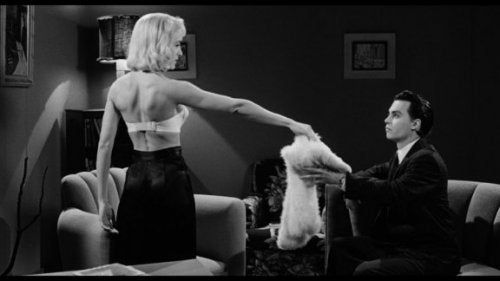 Ed Wood was a movie director, screenwriter, actor, and producer who wanted nothing more than to see his creations on the big screen and go down in movie history.

In a way, he achieved that, but probably not in the way he had expected. After his death, critics called him “one of the worst directors of all time”. They also called his movie Plan 9 from Outer Space the worst of all time. That movie inspired the term “Z movie,” a lower-quality version of a B movie.

But over time, Wood has become a cult figure in the movie world. Important filmmakers like John Waters and Tim Burton both list him as an influence. Was Ed Wood really that bad? His movies left a lot to be desired: plot holes, script issues, microphones in the frame, cardboard sets, and other things that made them hard to believe.

Producers rejected Wood’s work, which meant that his movies had extremely low budgets. This, combined with the poor technology at the time, was a big reason why his films were of such bad quality.

But he was no perfectionist either, nor was he ever too worried about mistakes and inconsistencies. He just filmed believing that movies went beyond perfection, that everything in them was believable.

Despite all his mistakes, there’s something endearing about his films, something unique. At the time (the 1950s), many of his themes were seen as provocative and weren’t taken seriously. This is what happened with Glen or Glenda. Wood tried to tell a heartfelt, personal story about a cross-dresser, but people saw it as a comedy.

In 1994, Tim Burton released his movie about Ed Wood’s life. Burton has often talked about the influence B movies (especially horror) had on him. We can definitely see this in his movies.

Ed Wood was one of those influences. Burton saw Plan 9 from Outer Space as a child and had a fond memory of it. Wood’s movies may be full of mistakes, but they’re also full of enthusiasm. That’s exactly the enthusiasm Burton brought to his movie about the director’s life.

Unlike Wood, Burton is a consistent director and the film is perfectly crafted and enjoyable in every sense. He had an amazing script and veteran actors, like Johnny Depp and Martin Landau. But it wasn’t all peachy. When Burton said he was going to shoot the movie in black and white, the producer decided to quit the project.

He wanted to capture the essence of the time, the feel of Bela Lugosi, and 1950s B movies. For that, he needed to shoot in black and white. The movie wasn’t very successful when it came out in 1994. But it did win the Academy Award for Best Makeup and Hairstyling and Best Supporting Actor.

Both of those awards have to do with one of the major figures in the movie: Bela Lugosi. This legendary actor came to life thanks to the spectacular makeup and Landau’s superb acting.

A lot of people consider Ed Wood Tim Burton’s best film. It has tons of personality and stands out even among all his other movies. He managed to convey the essence of the dark side of Hollywood and portrayed Lugosi and Wood beautifully.

A tribute to film

Burton’s movie was more than just a tribute to Ed Wood. It was also a tribute to B movies. It’s an ode to film, the 50s, black and white movies, and the “old glories” of film, such as Bela Lugosi. Right from the opening credits, it has a magic and nostalgia that movies nowadays seem to have lost.

The style is pure Ed Wood. The movie starts with shots of gravestones with the actors’ names written on them and images of tentacles and flying saucers. Then, the spooky music carries us along to a dark, mysterious room. The camera then shows us a coffin under a sinister window with a storm raging outside it.

The coffin opens and The Amazing Criswell (played by Jeffrey Jones) shows up to tell us that what we’re about to see the true story of Ed Wood’s life. This classic B movie introduction is absolutely captivating, and finishes with the camera panning and zooming into the window and taking the viewer into the depths of the storm.

The last scene of the movie takes us right back to the beginning, but in reverse. It zooms out and returns us to the room. Then, the coffin closes. Simply magical.

Another part we love is the Hollywood sign, which shows up several times in the movie, surrounded by lightning bolts and darkness. It makes you wonder if the mecca of film is really as wonderful as we’ve been made to believe. Burton then creates a sharp contrast by showing us a tiny, simple apartment, symbolic of the dark side of Hollywood.

Ed Wood: The epitome of enthusiasm

Wood was passionate and had a deep love for film. But people always questioned his talent. He felt like Orson Welles and was sure he could do something huge, something important. He was so sure of himself that he also worked as his own scriptwriter, producer, and actor.

Burton’s film presents Wood as an endearing, innocent man with childlike hopes and dreams. In spite of all the harsh criticism and setbacks, Wood never lost his smile. He believed in himself and continued making movies no matter how small the budget.

At one point, he became friends with Bela Lugosi, the Hungarian-American actor who was popular for his portrayal of Dracula. Burton saw in that friendship a reflection of what happened to him with Vincent Price, a popular horror actor who Burton gave the last role of his career to, like Wood did with Lugosi.

Wood was charismatic and his friends helped him endure the industry’s rejection. They actually baptized themselves to get funding from a religious group so that Wood could film Plan 9 from Outer Space. His incredible optimism has made him a cult figure. A church even worships him now.

At the end of his life, Wood’s optimism started to fade, and he died as an impoverished alcoholic. Thankfully, Burton managed to capture his essence and create a film filled with that very optimism and hope.

It’s a nostalgic movie that allows us to appreciate his odd director, have hope in the face of hardships, and wonder what Wood’s life would have been like if he’d been born in another era.

“One person’s craziness is another person’s reality.”

11 Psychological Horror Movies
It seems like we all enjoy being afraid, as long as we're in a safe environment. Horror movies are perfect, specifically psychological horror movies. Read more »
Link copied!
Interesting Articles
Cinema, Television, and Psychology
What's Good Will Hunting About?

Cinema, Television, and Psychology
Life is Beautiful - a Film about Overcoming Adversities

Life is Beautiful is probably the most internationally recognized and acclaimed Italian film. The script, the soundtrack and the actors'…