Chicago - The Price of Fame 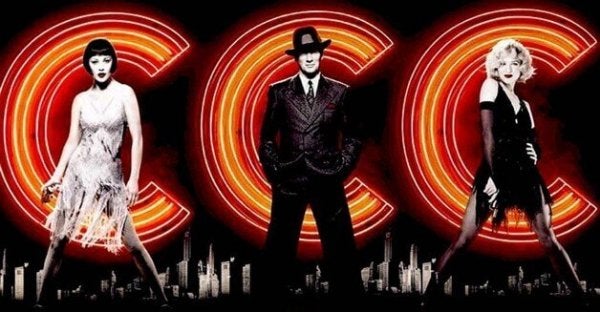 Chicago is one of those musicals that never gets old. It has been put on countless times and even adapted for the big screen. The film version, directed by Rob Marshal, won six Oscars. The two big awards were for best picture and best supporting actress for Catherine Zeta Jones.

The film was a huge, critically acclaimed success. The musical numbers in it are amazing, and it has a Cabaret kind of aesthetic that will hook you right from the start. But what’s going on “behind the scenes” of this film?

She worked for the Chicago Tribune  and covered the murders that turned the city upside down. Sensational journalism was starting to have an impact, and the murderers became true celebrities. They were Beulah Annan and Belva Gaertner, and they had both murdered their lovers.

After the play came out, there were some film adaptations, the first one back when films were silent. Later on, Chicago became the musical it is today, then the film version we’re going to focus on.

Let’s go back to the 20s, in the city of Chicago. It’s the period of time between the two world wars, before the Great Depression. It’s the Jazz age, the “flapper” era, and women just got the right to vote in the US. Some women are starting to become financially independent, and there are more changes coming, especially for them.

Just think about the radical change in the way women started to dress. They put aside their corsets and went for a style that didn’t show their curves off so much. Their skirts also got shorter, along with their hair. The 20s were absolutely one of the biggest periods of change for women.

Some women started to drink, smoke, play music, and go places that men did. One result of that was that these women’s hopes and dreams went way beyond doing household chores and being perfect women…Unfortunately, it wasn’t always an easy road, and it didn’t take long for them to run into resistance.

Chicago is a spectacular musical that reflects all those things really well, all to the rhythm of jazz. The two main characters are a pair of 20s women. They have very different lives but similar hopes and dreams, and they cross paths in jail:

Velma Kelly is a singer and dancer at Chicago’s Onyx Club. She’s an absolute celebrity and does a show alongside her sister, Veronica. The two sisters have always done it together, and their act is a sight to be seen in Chicago. But one day Velma gets to the performance late and goes on without Veronica. While she’s on stage, the police come to arrest her for murdering her sister and husband. She found out they were having sex together, so she murdered them. Velma ends up going to jail, and that’s where she runs into Roxie Hart.

Roxie Hart is an ambitious young woman living in Chicago, where fame is everything. She gets by thanks to help from her husband, Amos Hart. He has a good heart, but isn’t the “sharpest tool in the shed,” and doesn’t have any big dreams.

Roxie, on the other hand, dreams of being famous and making her way in the most popular clubs in Chicago. She has so much ambition that she’d do….anything to achieve her dreams. That’s when Fred Caseley appears. He promises Roxie he’ll talk to his contacts and get her a show if she has sex with him.

So they start a secret affair. At least until Fred gets tired of Roxie and confesses that he made a bet he could sleep with her, and never had any real contacts or interest in her. Completely beside herself with anger, she shoots Fred, and he dies. Roxie ends up going to jail for her crime, and that’s when she’ll meet Velma Kelly.

“Who says that murder’s not an art?”

At first, they don’t get along very well. Roxie has always admired Velma and will do anything to get close to her. Velma doesn’t seem to care at all, and totally ignores Roxie. But their roles reverse when the press starts to take a lot of interest in Roxie’s case. All that attention ends up pushing Velma Kelly aside. This is when Velma starts to do anything she can to get close to Roxie, who now ignores her.

Chicago is about the dangers of fame and having too much ambition. As you watch the film, you get to witness a fascinating dispute between the two murderers. They both have the same lawyer, Billy Flynn, they’re both having a ton of success in the media, and they have the most highly anticipated trials in the city. Roxie’s dream is finally coming true: she’s famous and she’s making it farther than Velma Kelly.

Fame is everything in Chicago, and like the saying goes, “all publicity is good publicity.” Roxie was a nobody before she went to prison. But after the murder, she becomes a huge celebrity. That’s why she’s convinced that when she gets out of jail the offers will rain down and she’ll be a big musical star. Roxie sees the murder she committed as the gateway to her dreams.

Velma, on the other hand, was already a star when she committed her crime. Even though she showed up all over the city before the murder, as Roxie starts to pick up steam, she starts to lose hers.

The press plays a crucial role in the movie. As you watch, you can see how much influence and power to manipulate it has. Sometimes all it takes is the press saying something for us to love one person and hate another. We aren’t critical, and we get carried away by the sensationalism. This shows up very clearly in Chicago, where even little girls want to be like Roxie Hart.

The same thing happens with justice in the movie. Their lawyer, Billy Flynn, is a man with no morals, and he never loses a case. He doesn’t even care whether his client is innocent or guilty. All that matters to him is the 5,000 dollar payment. It’s all just theater to Billy, and he plays his role perfectly. He trains his “actresses” and sets them loose. But this means he lets innocent people die and lets criminals go free. Justice isn’t the same for everyone.

Money is another big character in the movie. Billy Flynn isn’t the only one who cares about it, though, there’s also Mama Morton, a corrupt prison guard. There are no morals in Chicago. The journalists just want news, “fresh blood,” and the rest doesn’t matter. Plus, this isn’t just something that goes on in the film, it happens in real life too. There are plenty of examples of killers who we’ve made into celebrities, like Charles Manson.

Roxie and Velma start to realize that being enemies doesn’t actually benefit them. They realize they’ll be able to accomplish much more if they work together. In the end, just like it always is with sensational journalism, their moment of fame was just temporary. It was just the thing of the moment, and once something else pops up people will forget about them. Fame, justice, money, and the press are all in the film’s sights. They’re like the props for the real theater: a play about Chicago, set to the rhythm of Jazz.

“It’s all a circus, kid. A three ring circus. These trials – the whole world – all showbusiness. But kid, you’re working with a star – the biggest!”

Mulan: A Great Example For Women
The values ​​of the traditional family say that the man is the hero and the woman is relegated into second place. These rules are firmly established, but Mulan doesn't seem to fit completely into them. Read more »
Link copied!
Interesting Articles
Cinema, Television, and Psychology
3 Movies That Raise Awareness