André Green and the Practice of Psychoanalysis

One of André Green's greatest contributions to the field of psychology was having handled the rift between the psychoanalytic models of Melanie Kelin, Jacques Lacan, and Heinz Hartman in an intelligent and measured way. 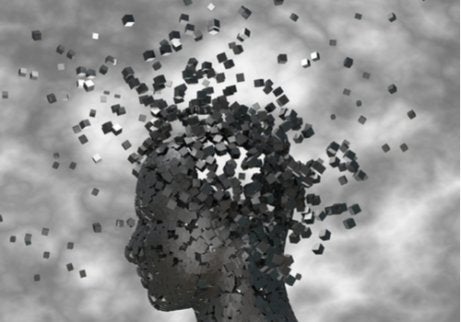 André Green was one of the most renowned figures of contemporary psychoanalysis. He was also the most-translated French psychoanalyst and the most internationally well-known. Unlike some of his colleagues, Green earned significant recognition in South America.

He started to make a name for himself in the 60s and he reached the height of his success in the 80s. Although he had a Freudian foundation, over the course of his professional career, authors such as Lacan, Winnicott, and Bion also influenced his work.

Green was at the center of the post-Freudian debates in the world of psychoanalysis that erupted after Freud’s death. André Green was able to maintain an open and pluralist stance throughout the controversy. As a result, he was elected president of the Paris Psychoanalytical Society (1986-1989).

Green was born in Cairo, Egypt in 1927. His father was Portuguese and his mother was Spanish. Although both were Sephardic Jews, they weren’t very devout. He went to a French high school. When he was 18, he learned about psychoanalysis in his philosophy classes.

Around that time, he met Lydia Harari, who gave him private classes and explained the basic concepts of Freud’s theory. She had him read Introduction to Psychoanalysis, a book he ended up using in his final high school exam.

Green wanted to study philosophy, but his family encouraged him to follow a more pragmatic path. As a result, he half-heartedly decided to study medicine. He did a med-school prep course in his hometown. In 1946, at the age of 19, left France to finish his studies. Green said many times that he knew that he would succeed if he left the country.

André Green wasn’t particularly interested in medicine. In fact, he rather disliked his chosen field of study. He considered education the means to an end. What he hated the most was the closed-minded, radical mentality of the medical world at the time. In his third year of med school, he did an internship in child psychiatry.

He also started to attend psychiatry classes with Dr. Julian de Ajuriaguerra in Saint Anne’s Hospital. Green was very interested in mental phenomena. In 1953, he landed a psychiatry job. He was sponsored by psychiatrist Henry Ey, who was the librarian and possibly the most important person at the hospital.

In 1956, Green started his first analysis with Maurice Bouvet. Around that time, he also met Jacques Lacan, who became one of his closest colleagues. Between 1960 and 1967, Green actively participated in what Lacan called the “return to Freud”, though he never completely agreed with this revision.

André Green’s first analysis ended a little before the death of his psychoanalyst. This led him to do a new analysis with Jean Mallet, who helped him deal with his grief. After that, he did what he called a “detailed analysis” with Catherine Parat. This experience was so inspiring that it prompted him to write his essay titled The Dead Mother and return to Egypt after 40 years.

In 1961, Green also became a friend and follower of Winnicott and Bion. This group of influential people in his life inspired him to set his sights on developing a theory of psychoanalysis that was appropriate for the new age. During Freud’s time, neurosis was the predominant focus. Nearly all of Green’s patients, on the other hand, had borderline personality disorders.

Green was part of a serious debate at the heart of psychoanalysis. At the time, there were three major schools of thought – post-Freudian movements – that existed in constant disagreement. These were the Melanie Klein model, the Jacques Lacan model, and the Heinz Hartman model. Green managed to synthesize the three in a holistic way.

Green gave structure and substance to his proposals in his book Key Ideas for a Contemporary Psychoanalysis. He’s also recognized for a number of important clinical contributions. The University of Buenos Aires gave him an honorary degree for his important work in the field of psychoanalysis. André Green died in Paris on January 22, 2012.

Into the Wild: Getting Rid of Material Stuff
Discover the concept of freedom analized from the perspective of the movie Into the Wild, the story of Cristhopher McCandless. Read more »
Link copied!
Interesting Articles
Biographies
Cleopatra and the Decline of the Pharaohs

Biographies
Roberto Assagioli, the Scientist of the Spirit

Roberto Assagioli was the founder of the psychosynthesis school of thought. This is an approach that started from the empirical…