Sophie's World: Helping Us to Relate to Philosophy

Sophie's World has been read and enjoyed by several generations who have seen in it a magnificent gateway to the fascinating world of philosophy. It was a revolution at the time, and today, after twenty editions, we still have the opportunity to immerse ourselves in its pages. 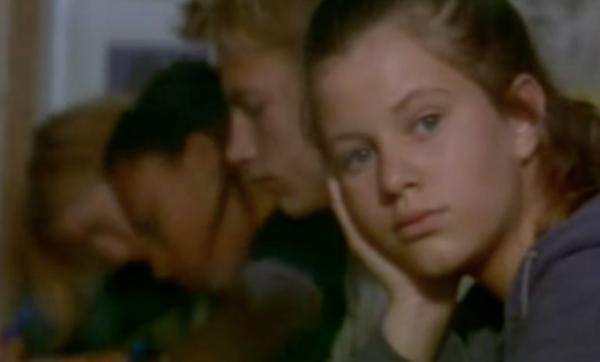 Sophie’s World is a work that synthesizes the history of Western philosophy in the format of a novel. This original idea is what has made it a very well-known and recommended book. People have recommended it due to its pleasant, simple, and close language.

All of this in stark contrast to the classic philosophy manuals with long dry sentences and reasoning, aimed at people who already have previous background knowledge of the subject.

Sophie’s World was published in 1991 and was a real revelation (and revolution) at that time. There were, at that time, no books that would bring philosophy down from its heights and act as a bridge for people who were curious about the topic. That’s why this book turned the Norwegian philosopher and writer Jostein Gaarder into “one of the most successful authors in Europe”.

Translated into more than fifteen languages, it also became a movie in 1999 with the same title as the book, and was directed by another Norwegian, Erik Gustavson.

Jostein Gaarder has received several awards for youth literature and writing, such as the National Book Critics Circle Awards in Norway and the European Award for Youth Literature. His more than fifteen literary works aim to address issues of existential and philosophical interest, but with a lively and simple style. For some people, “he was the best-selling writer on the planet in 1995 and 1996”.

Sophie’s World has more than six hundred pages and is divided into thirty-five chapters that dynamically and specifically deal with more than two thousand years of philosophy. As proof of its success, there have now been twenty editions of the book.

A novel that became a cult book

Have you ever asked yourself any of the following questions?

These are some of the questions that invade little Sophie’s thoughts after receiving a mysterious letter written by someone who seems to be a philosopher. From there, we see the story develop and revolve around Sophie Amundsen, a girl who’s approaching her 15th birthday.

It focuses on the formation of her identity from the conversations she has with the sender of the mysterious letters. With these, she tries to answer her own questions. We see a girl who’s increasingly interested in the complexity of human life and the world around her. The book deals with topics such as:

As you can see, it isn’t a novel you can read in one sitting, as you’ll need plenty of time to digest its content.

An excerpt from the book

In order to whet your appetite for the book, here’s an excerpt from its pages. If you’re interested in philosophy, this might help you to decide whether it’s a book that you may enjoy. There are plenty of other excerpts available online. This excerpt is taken from one of the letters in which the mysterious philosopher talks about Hellenism:

(…) The story goes that one day Socrates stood gazing at a stall that sold all kinds of wares. Finally he said, “What a lot of things I don’t need!”

This statement could be the motto for the Cynic school of philosophy, founded by Antisthenes in Athens around 400 B.C. Antisthenes had been a pupil of Socrates, and had become particularly interested in his frugality.

The Cynics emphasized that true happiness is not found in external advantages such as material luxury, political power, or good health. True happiness lies in not being dependent on such random and fleeting things. And because happiness does not consist in benefits of this kind, it is within everyone’s reach. Moreover, having once been attained, it can never be lost.

These days, in contrast, we often use the words cynical and cynicism to describe people who lack sensitivity towards other people’s suffering.

Considering the original teachings of the cynics, many philosophers have returned to this idea of happiness. It’s very appealing to consider the fact that, by reducing the number of elements that we depend on, or think that we need, we’ll be closer to feeling complete. This way, it’d be easier to determine goals and not feel overwhelmed by our own desires.

In short, these are just a few small brushstrokes from a book that has delighted several generations. Many people have started to study philosophy as a result of this book, and it has helped many teachers who haven’t known how to communicate the subject to their pupils.