Anatomy of the Encephalon

Today's article is about the anatomy of the encephalon, which is the upper and most massive part of the central nervous system. Its main functions are driving and integrating information, reasoning, and judgment or behavior control. 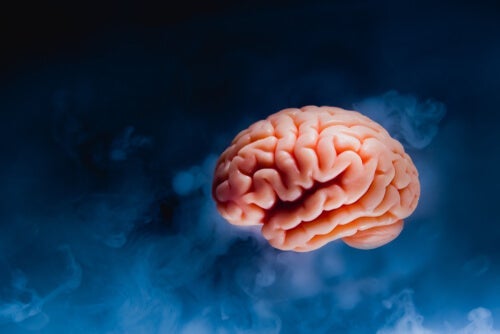 This article is about the anatomy of the encephalon, the upper part of the central nervous system. This organ is inside the skull and its purpose is to conduct and integrate information, reasoning, judgment and control behavior. As for its physiological distribution, you can divide it into three distinct parts: the forebrain, the midbrain, and the hindbrain.

Each one of these brain regions contains specific parts that perform different activities. Of all the functions the encephalon performs, the main one is to control body activity and the reception of internal and external information.

The encephalon is a very wide region. In fact, it’s the most voluminous structure of the human brain. For this reason, it contains thousands of different parts.

Anatomy of the encephalon – the forebrain

The forebrain is the anterior portion of the brain. Thus, it’s one of the first regions to develop during the gestation of an embryo. Subsequently, there are two regions that cover its structure within the forebrain: the telencephalon and the diencephalon.

The telencephalon is the upper and most bulky region of the forebrain. Thus, it represents the highest level of somatic and vegetative integration.

This region is different between amphibians and mammals. The first one is made of highly developed olfactory bulbs, while the latter has two cerebral hemispheres. Also, the following lobes are inside the telencephalon:

Thus, the telencephalon contains multiple brain regions and performs multiple mental processes. Thus, the processing of information from the senses and other brain regions are the most important. However, it also participates in more elaborate functions through the frontal lobe.

The diencephalon is the other subregion of the forebrain. It’s located under the telencephalon and borders the lower part with the midbrain.

This structure contains very important brain elements. The main ones are the thalamus and the hypothalamus.

Anatomy of the encephalon – the midbrain

The midbrain or middle brain is the central part of the brain. Thus, it constitutes the upper structure of the brain stem and is responsible for joining the Varolium bridge and the cerebellum with the diencephalon. Also, there are three main regions within the midbrain:

The main function of the midbrain is to drive the motor impulses from the cerebral cortex to the brainstem bridge or from the upper regions of the brain to the lower regions so that they reach the muscles. Thus, it mainly transmits sensory impulses and reflexes and connects the spinal cord with the thalamus.

Anatomy of the encephalon: the hindbrain or rhombencephalon

This is the second vesicle of the brain and configures the upper part of the rhombencephalon. Also, it contains two main and important regions for brain functioning: the cerebellum and the bump.

The myelencephalon is the lower part of the rhombencephalon. In addition, this region contains the medulla, a cone-shaped structure that transmits the impulses from the spinal cord to the brain.

Isolated Brain – Living without a Body
Recent studies begin to question the dogma of whether an isolated brain can have a life of its own after the body dies. Can it be alive on its own? Read more »
Link copied!
Interesting Articles
Brain
Why Is There so Much Fat in Our Brain?