Unconscious Decisions: Are They all Products of Our Reptilian Brain? 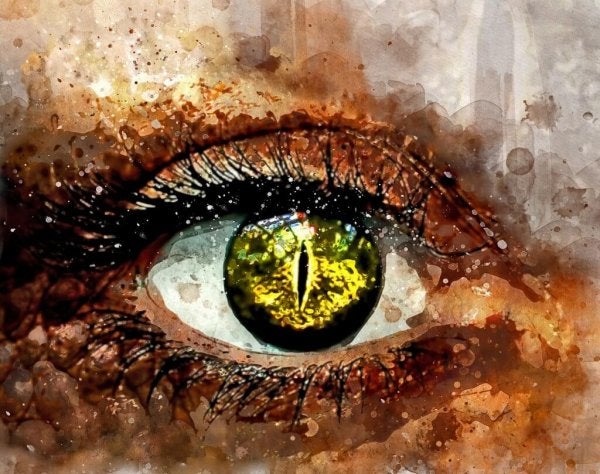 The triune brain model has shaped popular opinion about how the brain works since the 1960s. However, the reality is a little different. The brain is the most complex organ in vertebrates. It contains between 15 and 33 billion interconnected neurons. It houses our individual conscience and our unconscious decisions. But, most importantly, our brain exerts a centralized control over the rest of our body.

But how has the brain structured over time? To which parts of the brain can we attribute other functions? During the 1960s, American physicist and neuroscientist Paul D. MacLean tried to answer that question by developing the triune brain model. This model is based on the idea that the human brain can be split into three brains which would have appeared in different evolutionary moments:

This model was scientifically discarded ages ago. However, it seems to have lingered in the public’s minds. Thus, many misconceptions have arisen.

The brain didn’t evolve by the mere addition of “layers” that reflect a progressive and unidirectional improvement. The MacLean model makes this seem likely. On the contrary, all the central circuits in the brain have been reorganized over time, causing some of them to expand and evolve.

In addition, the evolutionary stages don’t coincide with those outlined by MacLean. Fish and amphibians also have structures similar to the “reptilian brain”. Lizards themselves have a limbic system and simplified equivalents of our neocortex.

Our reptilian brain isn’t responsible for our unconscious decisions…

If we investigate consumer consumption and neuromarketing online, we often find references to MacLean’s theory. These topics also point out the importance of the reptilian brain in the consumer purchasing decision process because its function is based on the activation of emotional responses (i.e., unconscious decisions) to sensory stimuli (i.e., a seascape, the color of blood, or the smell of coffee).

However, this fails to attribute all of our unconscious decisions to the instincts of the “reptilian brain”. These decisions also involve structures in the limbic system (such as the amygdala). In addition, the entire neocortex strongly influences instinctive and emotional decisions in humans. Current studies have determined that most decisions are made by a highly distributed network of brain areas.

Research conducted a decade ago by neurologist John-Dylan Haynes revealed that most of our brain activity takes place up to 10 seconds before we’re aware of our own decisions. The funny thing is that most of this activity falls on the “rational brain”, specifically on the prefrontal and parietal cortex.

… nor those related to consumption

As social animals, we owe a huge part of our evolutionary success to the fact that our cortex developed to allow us to relate to others through feelings of belonging. Thus, we often socialize through unconscious behavior imitation. Remember that the first requirement of empathy is to know how to put ourselves in another person’s shoes.

When we choose to buy coffee from a certain franchise, do we do it because we’re thirsty? Do we buy clothes from another store to satisfy our need for protection from the elements? Or is it a more complex impulse of belonging to a “cool” brand or community?

Intuition and Instinct: Different But Equally Powerful
You use both intuition and instinct every day almost without realizing it. Using them effectively and to your advantage can be highly beneficial. Read on! Read more »
Link copied!
Interesting Articles
Culture
Ecological Intelligence, A Bid to Save Nature

One of the most significant challenges that our society faces is the human race’s dramatic impact on the environment. Our…

How much time do you dedicate exclusively to yourself? Most people would answer that they don't dedicate any time to…

Culture
Boredom in Relationships: Is it Normal?

Boredom in relationships is as normal as being bored with your job, family, commitments, or any other constant in your…