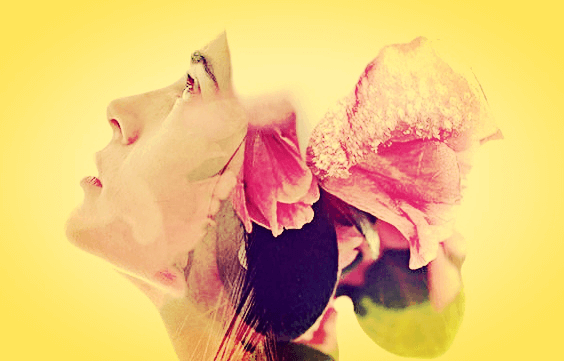 Emotional reasoning is a cognitive process by which we shape an idea or a belief based on how we feel. It’s possibly the most common form of self-sabotaging. For example, if we feel sad, it’s because only bad things happen to us. If we feel jealous, it’s because our significant other has a secret. We imagine they will cheat on us when we least expect it.

Reasoning based on how we feel is something we all have done far more often than we’d like to believe. It’s a trap, a trick of our brain, which sometimes has a hard time correctly interpreting and managing our own emotions. Likewise, the evidence we observe won’t matter either, because every objective and rational fact is deliberately ignored or rejected in favor of the “truth” assumed by our feelings.

“If our thinking gets bogged down by distorted symbolic meanings, illogical reasoning, and erroneous interpretations, we truly become blind and deaf.”
-A. Beck-

In this sense, it’ll make no difference if we understand that our working place and home are completely different places. Because sometimes, when we get home feeling stressed, exhausted, and angry and our partner makes an inappropriate comment we end up lashing out at him or her due to all of our negative emotions. We tend to sometimes believe that “everyone is looking for the same thing”: to exasperate us, to make us unhappy.

We could, without a doubt, find many more examples, some of which may verge on the most absurd irrationality. For instance, someone who decides to take a ride on the most daring attraction in the amusement park. Shortly after, this person has the strong conviction that they will die during the ride. Then, with the firm and desperate idea of fleeing from this risk, which is real and imminent in his opinion, they decide to unbuckle the safety mechanisms and put their life in real danger.

Emotional reasoning leads us into the perfect storm, into absolute chaos of distorted thoughts where we rarely come out unscathed…

We could bring up the interesting theory of Paul MacLean about the triune brain. We could talk about that second brain – the limbic system. This idea was formed on the basis of the reptilian brain and controls and shapes our emotional behavior. For many people, it’s the limbic system which regulates basic processes such as classical conditioning or operant conditioning. It’s also the one which sometimes makes us behave unreasonably and even irrationally.

However, it’s important to keep in mind that this is not a solid model for neuroscience. This is because our brain is actually a unique, interconnected, and sophisticated structure where there’s no specific area which can suddenly obtain exclusive control.

Nevertheless, what’s undeniable is that most of the time we do allow our emotions to take control and reason for us. We often fall into that primitive trap where the force of a feeling shapes a conviction that has nothing to do with reality.

We leave aside our capacity for analysis, reflection, induction, and logic. We forget the logic which is necessary to be able to establish solid relationships and have effective development in any given situation. Also, emotional reasoning is one of the cornerstones of cognitive therapy, which was founded by Aaron Beck in the 1970s. His theories and approaches are very useful to better understand this unhealthy mechanism.

Let’s take a look at them.

Sometimes, when we walk through the forest at sunrise or when we’re at the top of a mountain, we can suddenly see a thick curtain of smoke embrace us. However, that smoke is not the result of a fire. There’s nothing burning. It’s just fog. The simple act of promoting  that subtle balance between reason and emotion in our minds. This will undoubtedly allow us to draw much more useful and accurate conclusions in our daily lives.

However, those who get carried away by their emotional impulses will end up kidnaped by a fear which blurs and distorts everything. We will see fires where there are only calm meadows. Moreover, this phenomenon shapes what Aaron Beck defined at the time as a type of sabotage played by our own minds. A type of cognitive distortion where we allow ourselves to be led exclusively by the most adverse extreme of our negative emotions.

Most of us don’t pay much attention to how we feel. Nor do we ask ourselves where our reactions are coming from. Almost without even realizing it, we allow automatic thoughts to take full control.

As we can see, we generate authentic smoke from nonexistent fires which completely affects our quality of life, our relationships, and our personal growth…

How can we fight emotional reasoning?

Cognitive-behavioral therapy, based on Aaron Beck’s approaches, is a good way to attempt to fight this type of cognitive distortion. Below are some basic strategies to reflect upon:

In conclusion, we know that there is one main issue with emotional reasoning. Once we allow our emotions to be transformed into assumed truths, it’s very difficult to change and to raise the anchor in these islands inhabited by torment. However, we must take control of our emotional universes.

“If we are what we think, let’s allow those thoughts to enable us to be free, happy, and competent”

Learn the Best Exercises and Activities to Work Through Your Emotions
Unlike I.Q., which stays just about the same our whole lives, we can grow our emotional intelligence over time. Art therapy is an excellent strategy. Read more »
Link copied!
Interesting Articles
Wellness
It Is Best Not to Linger Where You Cannot Love

Wellness
Your Caress Reenergizes My Soul

The caress of a loved one has the power to reenergize our soul. It is like the warm murmuring of an ocean creating…

Wellness
Beating Depression is Possible if You Change Some Habits

When it comes to an increasingly common problem like depression, it's important to see a therapist to help us out of…

For some time now, many researchers have focused their studies on why people suffer inflammation during depressive episodes. In this…