An Open Letter to my Son With Autism 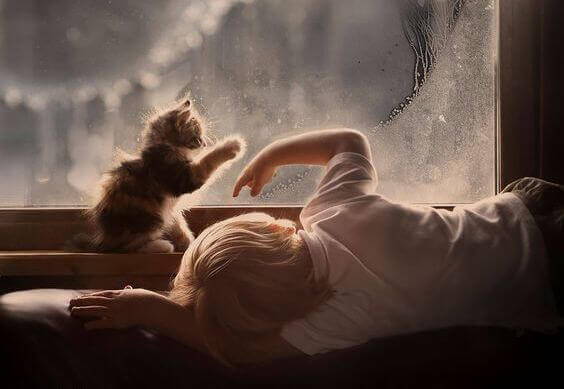 I’ve always dreamed of being a mother. I pictured all the details of my future child’s face: his father’s eyes, my smile, his grandmother’s hair, his grandfather’s height… Motherhood has always seemed as natural to me as breathing. But when my dream finally came true, it didn’t happen exactly like I hoped. It had never crossed my mind that I might have a son with autism.

I felt like screaming, kicking things, and swearing. Why me? What’s going to happen to him? Will I watch him suffer? There was a flood of emotions and questions inside me. That’s when I decided to write this letter, to tell him all my feelings. Because with or without autism, I love him more and more every day.

We all think we’re the ones who show our children how to live, but it’s actually the other way around.

Welcome to a world that’s not made for you

I don’t know what’s going to happen now. I know, I’m your mother and that means I should have everything worked out. It means I should’ve already made lists of all the nearby schools you could go to, and try to find a good one. It doesn’t have to be the best, I’m not one of THOSE mothers, but of course I would try to give you a good education. I would’ve gotten the video camera ready for your school performance and spent my afternoons helping you with your science projects. That’s what caring mothers do.

What does all that mean? Yes, I know you’re only two, but it seems like we’ve lost our way. I want to be a good mother. I want to give you every opportunity. I want you to be ready to compete with the best of the best in this super competitive world we live in. Even though I’m not one of THOSE mothers, I want you to follow in my footsteps and do well in school.

Like I said, it means I should know what to do, exactly which steps to take along our path. It means I should be thinking about extracurriculars, tutors, soccer practice, piano classes… I literally wrote every detail of raising and educating you before heading for my C-section. You can see that I knew exactly what to do each step of the way.

Yesterday they diagnosed you with autism. Now I feel like we’re both stranded in the ocean. It’s like wave after wave is crashing against us in the middle of a huge storm. And all we can do is go along with it. I’m not trying to scare you. I just have no idea what to do now. There aren’t many manuals about raising children with autism… but there are a lot of questions.

Last night I found myself trying not to cry. I was going through pain since the moment I said goodbye to the doctor you’d never be, the basketball star you’d never become. I was crying over the girlfriends, jobs, and achievements you might never have. I was broken up about the future because none of the pieces fit.

But you know what? You know what I’m thinking while I write this letter? Who cares about all those expectations? You would have broken them sooner or later anyway. And I would have still had to learn to be a good mother to you, with all your needs and desires.

What I’m trying to say is, have you seen those kids who start preparing to be doctors as children? Don’t they make you want to run away just thinking about someone who can’t even control their own bodily fluids poking you with a needle? And do you know what kind of things they write about? Do you think the world needs more experts in “the mating habits of pit bulls”? These questions will probably confuse you since you’re only two.

I’ve realized that this plan I had for you, even if you accepted it wouldn’t be any kind of guarantee. And do you know what else I realized? That you’re not boring at all. You’re sweet, kind, and intelligent.

You’ll run across the room to give me a kiss and solve problems in your own way. You’ll pick up the cat and hug it violently when it’s running away. It’s something we’ll need to work on. However, it’s also something that makes me feel proud. Yes, you’re my son with autism, but you’re also unique and genuine. So why am I crying over plans that won’t work out when they never really would have in the first place?

We don’t know what your future will be like. But based on what I know, I’m starting to think you’ll be a happy, independent, and fulfilled adult. Your diagnosis hasn’t made me stop seeing how absolutely intelligent and extraordinary you are.

So from now on, right from this morning, I just hope that people will treat you like any other wild, unreasonable, emotional, reactive, explosive, strange, and temperamental child. For the next few years, I’ll cross my fingers instead of complaining (like some of the other mothers of neurotic children) when you change opinions about what foods you like for your preschool snack. I’d love to see you discover snails and bury them like a treasure, somehow still alive, just like other children without autism.

What I’m trying to say, my love, is that having autism isn’t an impossible barrier to greatness, success, or a normal life. And I bet that, as you get older, it will stay like that. You’re caring and smart. You’re stubborn, resilient, and determined. And you’re capable. Amazing things await in the future. Even with what we learned yesterday, I still consider myself a lucky person. Because of all the children I could have had, I have you.

We have you, my love. And together, we’ll figure out how to move forward.

Having a child with autism is like rediscovering the world

No matter how dramatic it might be to hear you have a child with autism, the reality of the diagnosis isn’t so terrible as a lot of us think it is. Having a child with autism just shows you to rediscover the world through their eyes and their genuine way of interacting with it.

A child with autism is just like any other child with a particular way of interacting with their environment. If you’re also a mother of a child with autism, pretty soon you’ll realize they can lead a great life if you take action early. With your support, your child will follow their own path, in their own way. And on that path, they’re sure to find happiness.

Author’s note: this article is based on “An Open Letter to My Newly Diagnosed Autistic Son,” by Shannon Frost Greenstein.

Autism Is Nothing to Be Ashamed of, But Ignorance Is
Autism is classified as a developmental disorder that affects communication and social relationships. A child with autism has a more limited repertoire of interests and activities, with a tendency towards repetition and stereotypy. Read more »
Link copied!
Interesting Articles
Wellness
It Was Your Silence That Gave Me All The Answers

Sometimes I wait for your response, your words…I have not learned that they never come, or that maybe they are…

Wellness
There's No Better Cure for Disease Than Laughter

For humans, laughter is as important as breathing. Leading a dull, sad life can be extremely difficult. It makes any illness not…

We are a society where suffering remains a silent stigma. We take pills for life's pains, we treat our high…