All It Takes Is One Moment For Everything to Change 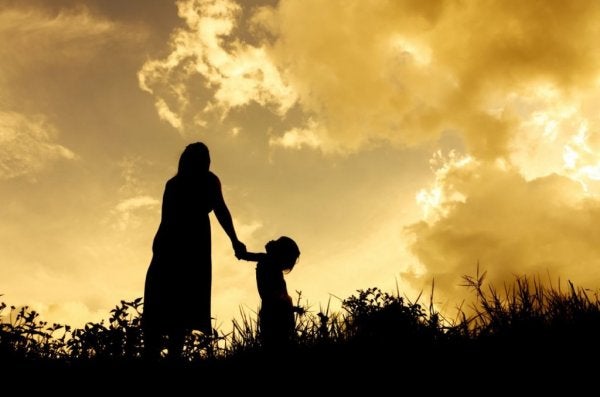 It’s a calm, normal day and we’re in the middle of people walking in different directions, unaware of the one moment that will come and change everything. We’ve been to Barcelona before. Next week the vacation will be over and a new year will begin. The very specific year that starts for a lot of people in September.

I’m trying to walk slowly, so I don’t wake her up. She doesn’t like the heat that the sun still burns down with at this time and these hours of the day. Good thing there are shadows. Everyone seems like they’re chasing them, looking for relief. The bracelet is big on me and bounces on my wrist. I remember the last walk along the beach: the sand was burning, and the air not so much.

All their faces are written with the same message: that they left their house, hotel, hostel, apartment, or maybe their friend’s house too early. It seems like everyone is represented all around me. People distracted by shop windows, flowers, and terraces with offers for them to take part, at least for a few minutes, in a conversation in any language.

This street seems like it links Spain with Europe, but also with the Americas and the mysterious East. For Hemingway, it was the most beautiful outline his eyes had ever seen, with or without shadows. And while I have love in my hand, holding on in a lot of different ways, a scream breaks the calm, like the lightning before every storm…

In one moment, terror pushes away the calm

A van is driving somewhere it shouldn’t. Very fast, cutting lives short, causing pain, and leaving bodies on the ground, bodies that will never walk along any other continents. In one moment all you can see on people’s faces is confusion, and then panic. I run and my little girl wakes up, and cries, and screams, because just like everyone else she doesn’t know what’s going on, what woke her up from her sleep. There’s no more ocean or salt in the air, just blood and fear.

In one moment, everything has changed…

With a firm grip on the stroller, I run like there’s no tomorrow. “Who knows if there will be one?”  This is a truth that’s never made me shiver before because I ignored it. I just want to get out of here. All of a sudden it hits me and I fall, a dull sound, the stroller keeps rolling away, and gets lost in the crowd as my eyes close. All I can hear in my head is the far-off echo of the last desperate screams. Love has fallen on the ground because no one is holding it in their hand, and it broke into a thousand pieces.

All the roses, in one moment, turn black…

What happened to me?

I can feel them turn me over and hear a dull noise running through my body. It’s really hard to think. I try to tell my eyes to open, but they won’t listen. I ask them to and then I beg them. I want them to let me rescue that hope that escaped from my hands in the middle of the terror.

The noise of the sirens dig like knives into my temples. The pain doesn’t feel like it’s out of a nightmare anymore, instead it turns real and feels completely unbelievable. Someone makes an effort to pick me up, but can’t. They set me on the ground, and now there are two people who try. One has small, soft hands. The other person’s seem like they’ve gone through life picking up anchors.

I try to say Amaia, like I’m reciting a spell, so she’ll come back. I guess they’ve reached a safe place, because they stop moving me and someone holds me softly by the wrist. They take my pulse, which is really faint, even with all the tension around me. Someone says something, they try to wake me up. They embarassedly slap me in the face and repeat my name.

One moment to see again, an entire life to explain

I also want to see again because out there, somewhere, there’s something much more important than me. It’s something that happens to you when you become a mother. That day you know you’ll never come first again, and you start to have fears. A long list of them, ones that are terrifying if you think too closely about them. But I’d never pictured this, that I would be the one in that place surrounded by security tape and police where a tragedy has just taken place. I’d never imagined that I could lose so much in one moment…

I open my eyes and the pain gets worse. It’s my arm, but also my hip, my back, and right leg. Trying to take a breath, I finally manage it, I say Amaia, that’s my response, the only answer I have for my name right now. I can’t remember mine right now, I’m just looking for light blue and white polka dots.  I’ve always hated that stroller but now I want nothing but to see it. I close my eyes and push myself. There it is in the background. I point it out and someone runs and brings it towards me. One of the wheels broke and they have a hard time getting it here.

Amaia. I gave her that name because I saw the same freshness and life in her as there is in a Basque landscape. Green, intense, rainy, and mysterious. I’m not listening, I’m just scanning with my eyes. Every sound seems far off. They get my hand free and I push against the ground. The same blood filling up my throat makes me slip.

I want to sit up and then I hear her scream. That scream throws a question at me, how am I going to explain what happened when she’s older? How am I going to tell her that someone tried to kill her before she could make her first mistake or even say a single word.

But first she’d probably think differently, that she’d made a lot of…and in that moment they seemed so small to her compared to what she could have lost in a blink of her eyes, the eyes she could now close in peace.

To begin, take a few minutes to respond to these two questions, 1) Are you happy with your life? 2)…

Psychology
How to Recognize a Habitual Liar

Statistically, almost all of us know a habitual liar. They don't tend to acknowledge that they do it, since it's not socially…

Madame Bovary Syndrome is a behavioral disorder that came after the appearance of 19th century romantic novels.  Since then, idealization of…

A growth mindset is about working to become the best you. Beyond what others might think you are, or what…