All About the Comorbidity of Depression

Above all, the comorbidity of depression manifests along with cardiovascular problems, chronic pain, and anxiety disorders. 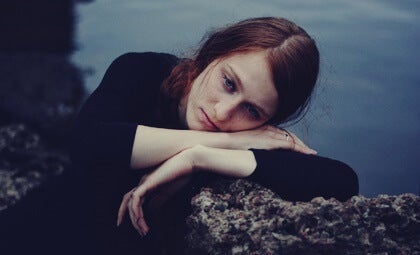 When we talk about the comorbidity of depression, we refer to the existing probability for this disorder to rise along with other physical and psychological conditions. Here’s an example. According to experts, between 60 and 70% of people with depression also suffer from anxiety. Likewise, many individuals with this condition also suffer from hypertension, diabetes, and cardiovascular problems, among other conditions.

As we stated above, the term “comorbidity” refers to a person who suffers from two or more psychological illnesses or disorders at once. As striking as this may seem, this is a commonly known fact, especially when it comes to depression.

For many doctors, psychologists, and psychiatrists, this is a huge challenge and, sometimes, a bigger problem than the depression itself. We know, for example, that certain diseases can increase the risk of developing a mood disorder. For example, patients with cancer, fibromyalgia, or chronic pain are more susceptible to developing other disorders as well.

In addition to this, people who have suffered a stroke or those who have diabetes, Crohn’s disease, or tuberculosis are more likely to suffer from a psychological problem at some point in their lives. Depression, more specifically major depressive disorder, is a recurring reality that no one should ever overlook.

The comorbidity of depression, a very common reality

First of all, it’s important to remember that depression has a very adverse impact on a person’s life. It reduces their motivation and initiative, changes their brain neurochemistry and slows it down, makes them overeat or not eat at all, makes them feel exhausted, and even weakens their immune system.

Certainly, all of these consequences lead to a more vulnerable state, which is why the person may begin to suffer from other diseases. Furthermore, different studies, such as the one conducted at the Chonnam National University in South Korea, point out that some variables increase the comorbidity in depression.

Moreover, the WHO (World Health Organization) posted a study that José Manoel Bertolote and Lorenzo Tarsitani conducted. In it, they point out that most individuals among the 500 million diagnosed with a mental disorder have depression.

However, when these patients go to primary care, they don’t always receive a correct diagnosis. In fact, it’s estimated that only 25% to 50% of people end up being diagnosed with depression. This is a huge mistake that, in some way, hides the psychological reality we live in. Of course, not getting the correct diagnosis supposes terrible consequences for the individual.

If all systems were able to accurately diagnose each patient, they’d be able to offer appropriate strategies to maximize their quality of life and prevent other problems. For instance, a doctor may care for a patient who’s suffering from fibromyalgia or Crohn’s disease. However, it’s necessary to identify if the patient also suffers from depression. Paying attention to the physical illness and ignoring the mental one makes no sense. No matter how good the direct intervention might be, it’s always necessary to take care of the mental aspect as well.

The comorbidity of depression and the world of anxiety

Furthermore, David Barlow, director of the Center for Anxiety & Related Disorders at Boston University, points out the following. Anxiety and depression aren’t simply two disorders that usually coexist in almost 70% of cases. In fact, many professionals estimate that they represent two sides of the same psychological disorder.

Some people may disagree, but the truth is that this is a very serious public health problem. All specialists must keep in mind that this comorbidity is a drag on the recovery. On top of that, it hinders the patient’s work performance and affects the quality of their relationships as well.

How to prevent this from happening

Is there a way to prevent this from happening? How can we all prevent and treat comorbidity in depression? The WHO points out that specialists should work on the following aspects:

To conclude, it’s also necessary to emphasize the need to always get correct diagnoses, have adequate treatment, and a relapse prevention plan. Cognitive-behavioral therapy, for example, has a very high success rate. Lastly, to prevent the new onset of depression and anxiety, many experts believe that practicing mindfulness can be a great help.

The Importance of Good Mental Health
We are all aware of how important it is to maintain good physical health. However, we often underestimate the importance of good mental health. Read more »
Link copied!
Interesting Articles
Clinical Psychology
Should We Call Addiction Attachment Instead?