Adrenaline, the Performance and Activation Hormone 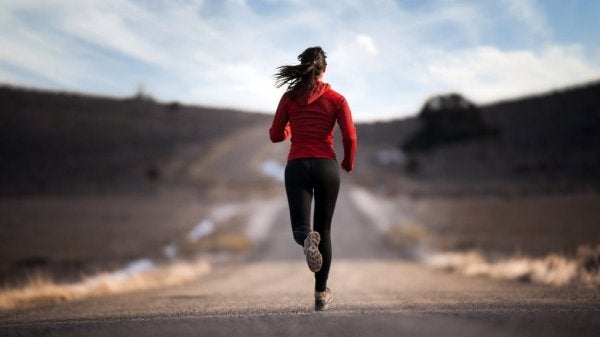 Adrenaline is what makes us feel good when we exercise. It gives us butterflies in our stomach when we’re attracted to someone and enables us to react to everyday dangers.

In addition to helping with performance and activation, however, adrenaline has a dark side. In excess, it has serious side effects.

Adrenaline is a polyvalent substance, just like dopamine and oxytocin. It also acts as a neurotransmitter and affects our behavior more than almost any other hormone.

For example, adrenaline activates our survival instincts but also gives us a tendency toward addictive behaviors. It can provoke the kind of anxiety and chronic stress that many people suffer from.

Some people need a dose of adrenaline to break up the monotony of their days. This can lead us to live life to the fullest or put ourselves in risky situations to fill the emptiness.

Many professionals who work in crisis management train their clients to properly manage their adrenaline. To do this, they invite them to do physically and emotionally stressful activities and simulations. The activities require them to regulate how they response.

The objective is simple: train them so they don’t lose control, and teach them what to do so that adrenaline is their friend, never their enemy.

Doing that, and knowing everything that this hormone is capable of doing to our bodies and behavior, is amazing. Let’s learn more about adrenaline.

Adrenaline: what is it and what does it do?

In 1982, Angela Cavallo from Lawrenceville, Georgia, became mother of the year. That’s what the media called her after she was in the news all over the world. She did something that would be hard to believe if it weren’t for the testimony of several witnesses.

Her son Tony was in the garage working on his old Chevrolet when something terrible happened. The jack that was holding up the car suddenly broke. The car fell on the young man, trapping him underneath.

Angela Cavallo was 51 years old and she weighed a little more than 140 lbs. She didn’t go to the gym, she wasn’t a big woman, and she had never lifted weights.

Nevertheless, when she saw her son’s feet under the car she started yelling at the neighbors for help. When it became clear that no one was coming, she didn’t hesitate.

She ran to the 3000 pound car and lifted it without a second thought. She held it up for several seconds, long enough for her neighbors to get there and move her unconscious son.

This amazing feat has two almost magical elements: a mother’s love, and lots and lots of adrenaline. Enough adrenaline gives us the power to do incredible things to survive and help others survive.

Adrenaline belongs to the group of catecholamines, along with noradrenaline and dopamine. It is produced by the adrenal glands, located just above the kidneys.

There is also a synthetic version of adrenaline, called epinephrine. Created in a lab, it is chemically identical to adrenaline and therefore very useful in medical emergencies for cardiopulmonary resuscitation.

In order to understand the mechanics of how adrenaline works, we can use the story of Angela Cavallo and her son:

There’s more. Along with releasing adrenaline, a series of fine-tuned biological mechanisms are triggered. These mechanisms facilitate our reactions:

Sometimes a sudden but intense little burst of adrenaline is enough for a flood of oxygen-rich red blood cells to reach our arms and legs. Then we feel stronger than ever.

Here’s an interesting fact. Our brain will command the immune system to release high levels of dopamine and pain-relieving endorphins.

This means that we won’t feel pain if we are injured, like Mrs. Angela Cavallo who didn’t feel pain when she lifted a 3000 pound car.

The positive and negative sides of adrenaline

Adrenaline does a lot of good things. It can stimulate us to overcome challenges. It can also be as enjoyable as it is addictive.

Adrenaline helps us adapt to any kind of stressful situation. It helps us when we’re doing risky sports. It allows us to do our best on a test or enjoy a romantic date.

Shaky hands, a lump in our stomach, dilated pupils when we look at the person we are attracted to… These are all the direct effects of adrenaline.

Adrenaline makes us feel joyful when we dance and have fun with other people. It also gives us that incredible feeling that we get on a roller coaster or drive fast in a car.

As you can see, many of these behaviors have some aspect of risk. It is precisely when we put our foot back on the ground, unharmed, after the experience, that we feel the euphoria and immense satisfaction and release that follows.

Because of this, there are people who are addicted to adrenaline. It is the dark side that we need to know more about.

Some people are attracted to the more dangerous side of extreme sports. Some are truly playing with their lives. At the root of this type of behavior (which many of us have likely witnessed) is sometimes more than a simple search for enjoyment and adventure.

This intense peak of adrenaline that they experience could also be filling a void or masking their emotions.

When we think of an addict, we immediately imagine someone who is dependent on certain drugs. They don’t use them so much for pleasure, but to try to eliminate discomfort.

Nevertheless, we don’t always talk much about other kinds of addiction. Adrenaline and constantly seeking out risks in order to feel alive is also addiction.

When someone needs a daily shot of adrenaline by putting their life at risk, we are looking at addictive behavior.

On the other hand, like with other addictive substances, it’s common to need higher and higher doses to experience the same effects as before. Our bodies develop tolerance over time, so addicts have to seek out even riskier and more extreme behaviors and experiences so they can get the same sensation.

It’s important to distinguish between an athlete who practices extreme sports professionally and responsibly and someone who’s doing the same thing without thinking or considering the consequences of their actions.

In this sense, we could say that an addict doesn’t think, he is just looking to satisfy a biological need.

We’ve seen that adrenaline can become addictive. Now, there’s another interesting negative aspect of adrenaline. It is the day-by-day development of chronic stress.

Chronic stress is the direct result of continuous pressure and tension. When we don’t manage them in time, they result in chronic stress. This emotional state comes from a build-up of two specific hormones: adrenaline and cortisol in the blood.

When we go through difficult, uncomfortable situations that threaten our physical and emotional balance, our brain interprets them as a danger. That’s when adrenaline comes onto the scene, and when we must act efficiently.

However we don’t always do that, and that’s when adrenaline builds up and causes changes in our bodies (high blood pressure, rapid pulse, digestive problems).

Our health is compromised and we put our lives at risk. It’s not something we can just brush aside, nor should we put it off until tomorrow or next week…

In conclusion, we can say that adrenaline fulfills its “magic” purpose as long as it is released at the right time. In those situations, it acts as a vital impetus to help us react, keep us safe, make us adapt better to certain situations.

But if we need this feeling every day or allow tension and fears to take over, adrenaline can have the worst effect possible: it can ruin our health.

What is Dopamine and What Does it Do?
Although dopamine is famous for giving us pleasure, it also works in everything from the regulation of motor aspects to the production of breast milk. Read more »
Link copied!
Interesting Articles
Sports Psychology
Running Addiction: When Running More is Never Enough