An Ad Hominem attack is a type of abuse in which someone attacks you for who you are instead of what you say or do. For instance, you might be arguing about politics and they go after your physique, your gender, your race, or even your personality traits. 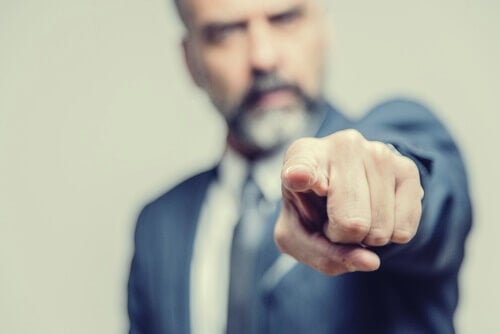 In the field of logic, the ad hominem fallacy shapes the oh-so-common resource where a given someone attacks you instead of your arguments. In other words, the subject of the initial argument is no longer important to them. Instead, they focus on your physique, gender, personality, religion, and any other thing but the subject at hand.

“Did Alexander say that? It must’ve been a lie, just like everything he says” is the type of comment that represents a type of reality often seen in multiple contexts. It’s an example of a disrespectful attempt to discredit someone who’s defending their position. It tries to shift the focus on something irrelevant to the argument.

Thus, and beyond what you may think, the ad hominem fallacy is a strategy of rhetoric that’s as powerful as it is effective. Moreover, studies such as the one conducted by Ralph M. Barnes and Heather M. Johnston from the University of Montana indicate that attacks on positions based on ad hominem fallacies are as effective as attacks based on evidence.

This is due to its impact. For example, it’s common in political media, as well as in judicial contexts and even in advertising campaigns. The goal is always the same: to discredit someone, hence its Latin root and meaning: ad hominem=against man.

There are different types of ad hominem fallacies, which in themselves constitute three types of personal abuse or attacks. There’s the abusive, the circumstantial, and the ad hominem tu quoque (you too). Learn more about them below.

The need to reflect on abusive personal attacks

Trudy Govier, a philosopher at the University of Lethbridge, Canada, and author of many works on logic and argumentation, has his own description of a fallacy.

According to him, it’s a reasoning error, a failure that occurs when you give arguments that seem credible but are, in fact, completely false. Likewise, fallacies can happen due to an involuntary mistake or an evident attempt to manipulate and dissuade others.

Similarly, you may find it interesting to know the ad hominem fallacy has been around since ancient times. Its meaning was different, though. For one, Galileo used it often, as did John Locke or St. Thomas Aquinas. All of them used it as an attempt to make their opponent realize their ideas were wrong. In other words, the goal wasn’t to discredit them but to help them see their own mistake.

Curiously, this principle of logic began to change from the 19th century onwards. In other words, they began to use it as an attempt to highlight certain behaviors instead of letting someone realize the contradiction of their arguments. In the newer version, an interlocutor doesn’t take the argument into account because they aim to discredit the other one at all costs. To do so, they draw attention to superficial, unhelpful, and other meaningless aspects.

As you can see, this is clearly a type of abuse, a way of causing harm to another.

Ad hominem attacks are common in political campaigns. For example, John Adams was called “a fool, a hypocrite, a boor, and an unprincipled oppressor” during the 1800s U.S. presidential campaign. His party described his rival, Thomas Jefferson, as “an uncivilized, anti-American atheist and a tool for ungodly France”.

Also, it’s one of Donald Trump’s most recurring. It’s common for him to resort to this principle of logic and try to discredit a person (for example, how he mocked a disabled journalist from the New York Times) instead of refuting the arguments of his opponents using logic or evidence.

In addition, this principle of argumentative logic is subdivided into three types.

Another example could be:

⇒ “You belong to a green party only because it’s fashionable. You have no values or character and you usually just go along with the current trends.”

This type of fallacy seeks to attack a person according to their current circumstance (be it true or not). These are some examples:

Ad Hominem tu quoque fallacy (and you too)

This kind of fallacy is also known as an appeal to hypocrisy. It’s about attacking someone with their own contradictions, regardless of whether they’re real or not. Here’s a simple example:

⇒ “You’re advising me to quit smoking when you used to smoke two packs a day!”

To conclude, this type of abusive argumentation occurs all too frequently in many contexts. Unfortunately, it has an impact and harms the recipient. In addition, it often glorifies the sender, the user, and the abuser of these fallacies.

Thus, try to focus exclusively on the arguments a person is giving you. Leave out personal traits, circumstances, and other types of things that have nothing to do with the subject you’re discussing.

Three Political Propaganda Tactics
Nowadays, we are subjected to many forms of advertisement. One of the most dangerous is political propaganda. Learn to identify it here! Read more »
Link copied!
Interesting Articles
Philosophy and Psychology
Some of Goethe's Most Powerful Quotes