A Walk Down Memory Lane: The Lion King

Remakes aren't easy to do, especially when it comes to remaking a movie that's part of many people's childhood. The Lion King is a classic, a crown jewel for Disney. In this article, we'll delve into the movie's importance. 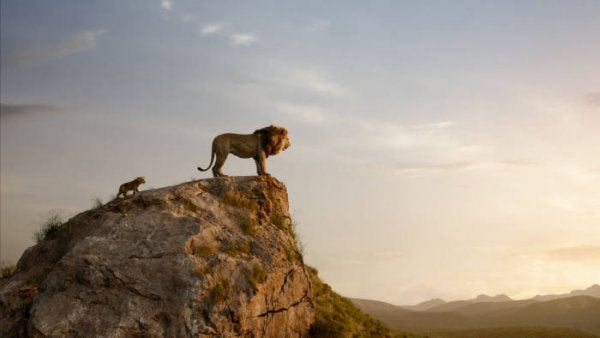 Disney uses nostalgia to sell. Nowadays, there are many remakes of the 90s Disney movies, Disney Renaissance. These remakes mean to drive people to go to the movies and revisit the past, but they’ll probably won’t be up to their standards. One of the last movies to be remade is also one of the most beloved ones. This is the Hamlet of our times, The Lion King.

Disney Renaissance was a glorious era for the studio. Between 1989 and 1999, Disney premiered titles such as Mulan, Tarzan, Hercules, Beauty and the Beast, The Little Mermaid and, of course, The Lion King.

This era produced many movies that both adults and children enjoyed. Created with groundbreaking technology at the time, these movies brought Disney’s magic to other levels.

In the years before the Internet, movies were a bigger part of people’s lives. Going to the movies was a big deal and an exciting experience.

The Lion King was a breakthrough. Everybody was talking about it, everybody loved it. This fascination gave way to a successful musical, that’s still running today. Now, Disney wanted to bring that back and make a remake of this wonderful movie experience.

Why remake The Lion King?

The short answer: because it’s very profitable. To be fair, there are other complex things involved too. Audiences will flock to see this new version of a childhood classic, but they can also be very critical of remakes.

Thus, nostalgia and devotion can play against creative freedom. In a way, The Lion King is untouchable. It can’t be modified because people will criticize any added detail.

If you pay attention to the 2019 version, you can tell its makers were aware of how difficult it was to delve on the classic, so they stayed excessively fateful to the original. Thus, if it didn’t bring anything new to the table, was it necessary? Was it about a trip down memory lane or just to make a profit? Be it as it may, audiences flocked the cinemas and nostalgia was served.

Likewise, it’s a very enjoyable film. It has great visuals, but it’s also a forgettable effort. It hardly shows anything new or innovative. Nevertheless, people probably didn’t want anything new. Everybody seemed happy to reminisce about their childhood.

The Lion King is a take on Hamlet. Similarities are there, but it’s a family-friendly effort. At that time, Hamlet was groundbreaking, it delved on its characters and in their psychological characteristics, something unthinkable at the time. Tragedies are an important influence on universal literature.

Apart from using Hamlet as a reference, The Lion King focused on its characters’ emotions, feelings, and motivations. Although its story is told by animals, it can feel deeply human.

Hamlet isn’t only about revenge, it’s about human nature and characters that are a joy to analyze. In The Lion King, you learn about Mufasa and his relationship with his son. This way, vengeance is justified and children can empathize with the movie.

Thus, The Lion King has a similar plot to Hamlet‘s, but it created an identity within the public’s imagination and Disney. Through tragedy, comedy, and music, the audience bears witness to the loss of a loved one. The remake offers a deeper read on the characters and leaves behind the childish take of animation.

The Lion King and its current importance

2019’s The Lion King offers an updated speech with some added value. The movie’s message is about how humanity uses its resources and the real value of nature.

The cycle of life is still the running theme. Mufasa explains to Simba the importance of understanding that all living beings are important, from animals to plants. If we let greed corrupt us and we abuse the earth, the cycle of life will break and life will be no more.

Lions are seen as strong animals that feed on others. However, Mufasa remarks on the importance of their bodies after death. They’ll feed the earth where plants will grow and feed the animals.

If everybody contributes to the cycle of life, without abusing their position, life will be harmonious and possible, although it might seem unjust at times.

Scar embodies greed, corruption, and the desire to own everything and everybody. He doesn’t care about the other animals in his kingdom or that plants never grow again. In a way, Scar contributes to his own destruction and his world’s.

This message offers a parallel to our world, to the climate emergency we’re facing and the issues that come with inequality and abuse. Staying close to the original, it embraces its original message and brings it to our current reality, making the public identify with what they’re seeing on the screen.

The Lion King will always be a Disney classic and, probably, in a few years, people won’t remember this new adaptation. Nostalgia will always be there, making you remember your childhood, wanting to go back to the original and making you sing those songs that are part of the soundtrack of your life.

10 Animal Movies to Help you Think about how we Treat them
Animal abuse has to go out if we want a more peaceful society. We usually treat them as tools or objects, but there are also animal movies out there that show us a different side of things. Read more »
Link copied!
Interesting Articles
Literature and Psychology
Steppenwolf: a Book to Help You Reflect

Culture
Artificial Intelligence is Right Around the Corner

Artificial intelligence is something that attracting the attention of a lot of bright minds around the world. Right now we don't…

Stress is a problem in itself, however, stress can also sometimes lead to unhealthy life patterns. It becomes a vicious cycle in which you eat poorly because you are stressed out. The number…

Culture
How Did Iceland Stop Teen Drinking and Smoking?

Iceland has achieved something that would be a dream for a lot of countries in the world. Not only does…

Culture
Beauty is Accepting Who You Are

There's nothing more attractive than accepting who you are. There's no greater satisfaction than discovering your value, strengths, and needs. Only…