What's Morbid Fascination and where Are its Limits? 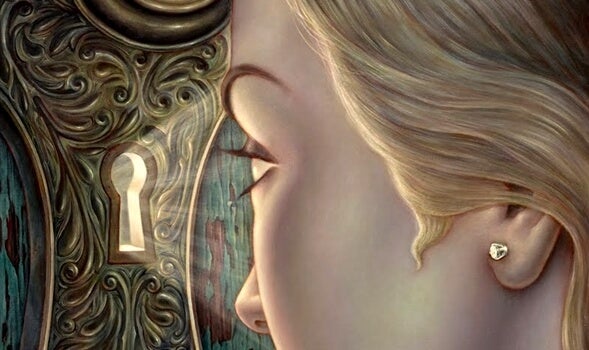 But people also label other behaviors as morbid fascination. For example, when someone wants to know all the details of someone’s else’s private life. Or when people get too much enjoyment from seeing bloody or extremely violent images.

There’s also a medical definition that uses the term to talk about illness. They’re called “morbid” states. So we can also define morbid things as anything that calls to mind mental illness. People usually associate it with perversion, but  not always. So what exactly is morbid fascination?

“Morbid fascination is a disobedience against reason.”

Morbid fascination is one of our basic impulses. It’s part of our instinctive package, which also includes all our basic needs like eating, sleeping, socializing, and having sex.

We can define morbid fascination as a need to see, feel, hear, touch, or interact in some way with something seen as socially forbidden or prohibited. It’s a force that pushes you to enter into contact with those things and experience pleasure. It’s the pleasure of transgressing norms or entering the world of forbidden things.

It takes a lot of different forms. Pornography, for example, satisfies people’s curiosity, but it also lets them go “beyond” a more common, ordinary sexual relationship. It attracts people because it crosses the usual limits and that gives its own kind of extra pleasure. The key to morbid fascination is transgression as a source of pleasure.

The characteristics of morbid fascination

The dictionary will tell you that morbid fascination is an obsessive pull towards forbidden things. We generally associate it with being unhealthy. But it also relates to the pleasurable, almost always in a sexual way. But it’s worth adding some texture to that. Not all morbid impulses are harmful. Sometimes they’re just playful and part of new ways of exploring pleasure.

Imagination plays a big role in sexuality. A lot of times sexual attraction has more to do with what you imagine than what you see. What you can’t just see on the surface  ends up turning into a source of desire.

There are cultures where women don’t wear anything above their waist. Seeing them like that doesn’t cause morbid fascination for the people in those communities. But for someone who belongs to a society where women always cover their chests, seeing a breast can be extremely arousing.

A big part of eroticism is about what you hint at, more than what you offer. And a lot of passions grow when they involve crossing some kind of limit. And that’s how morbid fascination works.

When it comes to morbid fascination it’s just the same as with sexuality. In general, anything that has both people’s consent is valid. Even if it’s something other people might label as “dirty,” “cruel,” or “bizarre.” The only condition is that the people involved are fully able to accept these practices.

And that’s also true, of course, when only one of the people has the morbid fascination. That’s when it’s just them trying to reduce the other person into a thing, a means, a tool. In those circumstances, their morbid fascination is perverted and extremely destructive for the people involved.

The Fine Line Between Preoccupation and Obsession
When does worry stop being normal and become pathological? How do you know when you've crossed the line between preoccupation and obsession? Read more »
Link copied!
Interesting Articles
Culture
Thanks, Mom, For Always Being There

Thanks, mom, for being present in every possible way. You offer unconditional love and support, absolute trust, that special look…

Wisława Szymborska often wrote about things that should always be in our thoughts but we tend to forget. The Polish…