A Psychological Perspective on Wisdom

People usually understand wisdom as something you can only gain from experience, but it's actually much more than that. In this article, we'll share definitions from different authors and debunk some of the myths about this important idea. 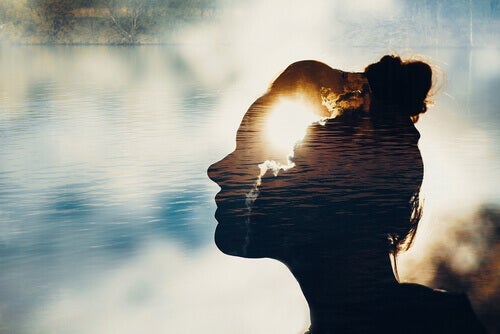 Intelligence experts and psychologists have been studying the concept of wisdom for a long time. It has a scientific definition that goes beyond the popular perception of wisdom as the knowledge held by our elders. In this article, we’re going to discuss the psychological perspective on wisdom.

As an abstract concept, it can be difficult to study using the scientific method. However, many researchers published interesting works on it.

What’s the psychological perspective on wisdom?

Some people define wisdom as expert knowledge about practical life. Many authors have tried to identify the specific components associated with wisdom. While they vary somewhat, authors tend to point out the following elements:

Experts tend to highlight two factors in particular as the most important components of wisdom: exceptional comprehension and the skills of judgment and communication. Consequently, some people are very wise in spite of their limited knowledge of the world.

All of the elements we mentioned above suggest a concept of wisdom based largely on emotional and interpersonal skills. In other words, wisdom goes way beyond cognitive skills.

Wisdom according to Holliday and Chandler (1986)

These two authors argued that wisdom is astuteness, involvement with others, consideration, cleverness, intuition, knowing your limits, reason, logic, experience, a logical mind, good problem-solving skills, and learning from your mistakes. A wise person is one who seeks information and uses it well.

Holliday and Chandler’s definition tends to relate wisdom more with cognitive factors and aptitudes that allow an individual to engage in appropriate and skilled problem-solving.

Wisdom according to Sternberg (1985)

Sternberg, on the other hand, defines a wise individual as someone sensitive and sociable who has good judgment and communication skills and an understanding of life. Also, as a person who learns from experience and can see things from different points of view.

In addition to all of these interpersonal and emotional skills, he argues that a wise person is intelligent, cultivated, and generally competent.

How do scientists analyze wisdom?

There are ways to evaluate a person’s wisdom with standardized tests and qualitative procedures. These methods fall into two large groups:

One example of a hypothetical situation that the test subject would analyze is the following:

“Tadeo is an 18 year-old young man who decides to marry his boyfriend, who he met nine months ago.”

The test subject would use this information to consider out loud what Tadeo should think about to make his decision. He would reconstruct, from Tadeo’s point of view, the story, the different moments in the story, the possible reasons that led Tadeo to make this decision, and an evaluation of that decision.

Can you train people to be wise?

Many authors have talked about the components of wisdom. However, there’s plenty of disagreement between them. However, researchers are looking at the ones that tend to be accepted across the board to figure out how people can learn to improve their skills.

For example, when you’re making decisions, it’s important to understand the following: contextualism, relativism, and uncertainty. So far, the only factor that researchers have been able to train people to improve is relativism and the calm and restraint that it offers. However, it still seems a lofty goal to “train” someone to be wise.

What does the psychological perspective on wisdom leave out?

Something that the standardized tests can’t seem to measure are the emotional factors of wisdom. They tend to do better at evaluating intelligence, such as logic and mathematical skills, or spatial intelligence.

It’s also important to remember that there still isn’t a wide consensus on the meaning of the word wisdom. It’s open for interpretation and, as such, it’s difficult to measure. The disparity in definitions means that the study results could be significantly biased.

The Wisdom of the Elderly
Elderly people save their stories for those who really want to hear them. Let yourself discover how infinite the wisdom of the elderly is. Learn more here! Read more »
Link copied!
Interesting Articles
Culture
7 Great Quotes from Hermann Hesse

Hermann Hesse's quotes are an invitation to reflect on life and the search for identity. They are a gift to all…

There they are...an apple and a piece of chocolate cake. And although you've promised yourself not to eat anything outside…

Psychology
The Family Tree: A Tool for Growth and Healing

Psychology
To Be Happy, You Have To Believe You Deserve It

Happiness is just as accessible to you as pain, simply by being alive and by being aware that you are.…