Theory of Mind: The Key for Interpersonal Connection

Theory of mind facilitates human social connection. Thanks to theory of mind, you can deduce the intentions, thoughts, and desires of other people and adjust your behavior accordingly. 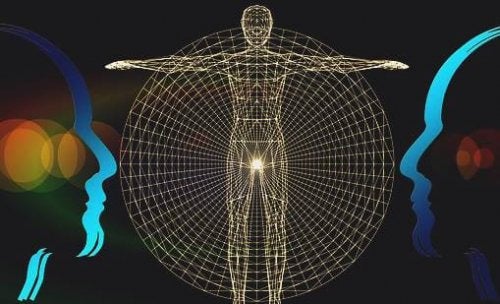 Theory of mind is a socio-cognitive ability that allows you to connect with others. This skill goes much farther than simply believing you know what someone else is thinking or feeling in a given moment. Theory of mind allows you to understand that what others feel and think might be quite different from what you experience in that same moment.

Gregory Batenson, a psychologist and anthropologist, introduced this concept and gave us the key to understanding a large part of our social behavior. Theory of mind makes it possible for you to realize that the people around you have thoughts and beliefs separate from your own.

So humans, just like many animals, are required to predict others’ behavior. You have to intuit what other people could be thinking or feeling so that you can adjust your behavior in an appropriate way. We’re talking, then, about a series of very sophisticated cognitive processes, a sort of cutting-edge technology on an emotional level.

Theory of mind: The most important socio-cognitive ability

We often talk about empathy as the essential ability to enable human connection. It’s true that empathy is a basic social glue that helps us connect and understand other perspectives. That being said, it’s also entirely correct to say that theory of mind is actually much more important for social relationships than empathy.

Empathy helps you know that other people can feel the same as you, while Batenson’s theory allows you to understand that your reality and mine might be very different. Theory of mind helps you understand that I might be lying to you, for example. It also enables you to know that you might react very differently than someone else to the same stimulus.

All of these processes are essential for social relationships. The brain does some incredible work to allow humans to survive, adapt, and connect with others in a meaningful way.

Your brain is a prediction machine

People often compare the brain to a computer. It’s like a prediction machine with one key goal: to reduce the uncertainty surrounding you. A study from Dr. John Anderson at the University of Michigan shows that the predictive nature of the brain explains why theory of mind is so important in social situations.

People have to predict more than just the behavior of those around them. It’s also important to intuit their intentions, knowledge, beliefs, and emotions. Being able to do that makes it possible to adapt behavior with those intuited factors in mind.

It’s interesting to note that animals also have this sophisticated ability. Some fascinating studies have discovered that chimpanzees can anticipate the behavior of certain individuals. They know how to deceive potential rivals and even facilitate proactive behavior that benefits the group.

Does everyone have this ability?

Studies on human development show that the abilities related to theory of mind show up in children around the age of four. That’s when children start to have more abstract and sophisticated thoughts. They start to understand that other people also have intentions, willpower, and different thoughts and opinions.

On the other hand, it’s worth mentioning that people in certain circumstances could lack these skills. Researcher Simon Baron-Cohen at the University of Cambridge has conducted numerous studies on theory of mind and autism. His research suggests that people with an autism spectrum disorder have serious deficiencies when it comes to theory of mind.

We know, for example, that children and adults with autism display certain empathetic behaviors. They perceive others’ pain and concern. However, they seem to have trouble anticipating others’ behavior. They find social interactions confusing and difficult because they can’t intuit people’s reactions. They have trouble understanding that other people might feel, think, and react differently than them.

Patients with schizophrenia are in a similar situation. It’s very difficult for them to connect with others and differentiate between their own mental states and that of others.

Theory of mind for survival

John Locke once said that “Men always forget that human happiness is a disposition of the mind, and not a condition of circumstances”. This universe of the mind is one of the most fascinating subjects, and also one of the most complex. Humans and other animals have the ability to connect to one another in order to understand each other. Consequently, they’re able to better adapt to their environments and ensure that they’ll keep on living.

However, there’s one curious thing about theory of mind. Thanks to this ability, you can understand other people better and anticipate behavior, needs, and thoughts to react accordingly. Nevertheless, the end goal isn’t always noble. Thanks to theory of mind, you’re able to deceive and manipulate other people.

In conclusion, it’s up to each one of us to use this incredible ability for good, not evil.

You live in a society. Within that society, you belong to several groups. And within these groups, you aspire to…