Rational choice theory states that we all make our decisions based on selfishness. Learn more about it in this article! 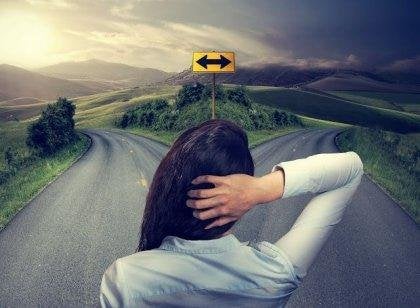 Rational choice theory, or choice theory, was born in the field of economics to try to explain our decision-making process. Later on, this theory made its way into psychology and sociology. How could these two fields not take an interest in why we choose some things over others?

According to rational choice theory, people always choose things based on the greatest benefit and least cost. This is just as true in financial matters as anything else. In other words, human beings are basically selfish and individualistic.

Another big part of rational choice theory is the name itself: rationality. Supposedly, this is what drives most of our decisions. Our choices are consistent with our personal preferences and needs. This means they’re intrinsically logic.

The origins of rational choice theory

This theory first appeared in the mid-2oth century in the USA. It has always been strongly linked to politics. It stemmed due to the fact that people were trying to defend the idea that capitalism is perfectly in line with human nature. It’s a system where everyone looks out for themselves. At first, that’s what this theory was trying to prove.

Many researchers and academics shaped this theory. But Kenneth Arrow really stood out for his work and even received the Nobel Prize in Economics in 1972 for it. Arrow wanted to prove that there is no such thing as “collective interest.” He thought that all interests were ultimately individual.

Because its overall goal was to explain human behavior, this theory quickly gained the attention of other disciplines. Psychology and sociology were especially interested in it. But it has also been harshly criticized by both fields.

The rationality of our choices

According to rational choice theory, the logic of all decisions is to get the greatest benefit at the least cost. But if we’re being honest, that’s just the logic of business: making the most money with the least possible investment. Many people have suggested that it’s only “rational” in that world. Why would something be irrational just because it doesn’t fit into that logic?

This theory also says that societies are groups of people that fight over a limited amount of goods. Thus, we think of ourselves first. That’s why we always think of our interests, and only our interests, when we make decisions. But not all societies throughout history have had this kind of structure.

Basically, rational choice theory says that rationality is the main foundation of our decisions. And that rationality stops us from making a choice that harms our own interests for the sake of other people’s. Anything that isn’t selfish is irrational.

The collective imagination and rationality

Nothing proves that human nature is inherently selfish. In fact, human civilization is only possible due to our solidarity with each other. If we didn’t have that, we could have never built any society.

In other words, it seems like there are forces inside us that make us both selfish and supportive of each other. But we’ve also seen that people make decisions based on how exactly the benefits and losses are presented to them. That’s not very rational.

For example, when someone tells you that there’s less of something, or that it has a lower risk, you’ll probably choose that option. But that doesn’t mean that what this person told you is actually true.

Many psychology fields say that human beings are highly irrational. They also say that this irrationality shapes our behavior. That means that we can’t explain away every single one of our decisions as rational and selfish.

Whether we see a specific choice as beneficial or not depends a lot on the losses and gains. But at the end of the day, we don’t always look at these kinds of things from a rational point of view.

Is Choosing a Partner an Unconscious Decision?
Few experiences in life are as gratifying as loving and being loved by your partner. On the flipside, a lack of affection can cause a huge amount of Read more »
Link copied!
Interesting Articles
Psychology
Why Do We Justify Ourselves?

We justify ourselves when, as we’re having a conversation with someone, we spend most of the time giving reasons or explanations for why we do or don't do things. Those reasons or…

Machismo is an ideology that holds that men are different from women, and that this difference makes them superior to…

Psychology
Your Skin Never Gets Alzheimer's: It Always Remembers Caresses and Scars

There's a general, false belief that people with Alzheimer's or other kinds of dementia usually disconnect from the outside world…

Psychology
10 Tips to Feel Happier with Your Life

At times, life is like a carousel in which we go round and round without finding our ground. Why is…