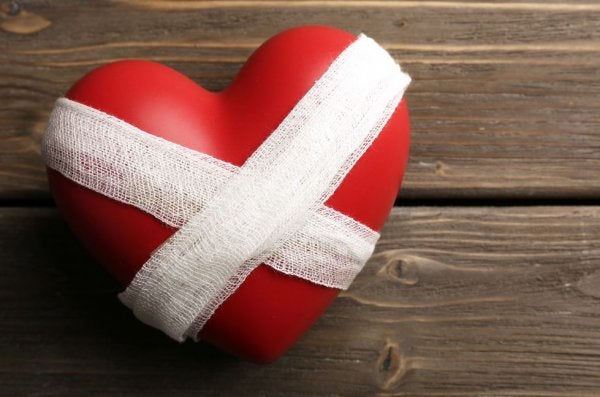 And she followed his steps as he walked away, with the hope that, at any moment, he would look back. Remembering day by day how that sweet voice would speak to her, those eyes would look at her, and how his form would tremble when their two bodies touched.

And despite her hopeful stride, her heart was broken, but she never doubted the need to continue forward, despite the thousand no’s and thousand rejections she had received in recent days.

And with the million tears cried, that filled her emptiness, but drained what was left of her will. Swearing to herself, but deluding herself, that she would never go back to chasing him. Trapped by her pain, dragging herself through all the revolving thoughts in her mind, forgetting any trace of happiness of her day.

And despite the endless promises made to friends, family, and herself, she went back to pleading with him not thinking about or caring about the implications, the consequences. Always reawakening the feeling of anguish that was stored deep inside, the feeling that screamed at her, that dominated her self-control, and swept her away in despair.

And her sunken and stepped on self-esteem, drowned in the deepest, darkest mud, hidden in an abysmal hole, abandoned her, and melancholy from memories of lost and broken love, from crushed loyalty and shattered dreams, replaced it.

And she looked back and thought: What could I have done to stop this? To not let it get to this point? And she cried…

Has this story made you reflect upon your own life?

Who hasn’t suffered or witnessed a break-up, or relationship trouble? Of the break-ups and issues we have experienced or witnessed, how many have left those involved overwhelmed with frustration or defeat? How many of us have struggled with indecision, between the inevitability of a break-up and the hope of fixing the problem and going back to how it used to be? What can we do to avoid reaching this point?

It’s true that in many cases, “one no” can be fixed, and some “no’s” last forever. But in some cases, “one no” that is not decisive and absolute can break our relationship just because of our anxiety, lack of control, and desire for a quick resolution, even if all that is needed is just some time to breathe. Sometimes that pressure is the what pushes the final decision to “no.”

In fights and conflicts with your partner, just like in most conflicts, a solution can be found. Finding the solution requires commitment and strong will; it requires wanting and doing, giving in and understanding. A relationship may break down when one of the people involved leaves a situation he or she finds unbearable.

When referring to break-ups, and ones in which no third party was involved, as difficult as it is, we must be honest with and critical of ourselves, because, despite most of the time having had the best intentions, we were wrong, we judged, and without wanting to, we provoked unsustainable situations.

What can be done?

Much advice can be given for these kinds of situations, so that they do not reach a point of no return. For example:

As Albert Einstein said: “Energy neither creates nor destroys; it only transforms.”

This goes for love, too!

Link copied!
Interesting Articles
Wellness
The Hard Decision to Put an End to Something

Sometimes we resist writing an ending to what, literally, "makes our life bitter." Many of our unhealthy behaviors, relationships or thought…

Wellness
I Want to Be Happy in My Own Way

We all want to feel good; this is a point that is hard to argue over. If you ask other…

Do you apologize too much? In principle, saying sorry is one of the social glues that strengthens relationships. However, apologizing too much is negative. Remember that the act of apologizing should…

Emotions play a determining role when it comes time to transform children into happy and successful adults. However, if the…