5 Lessons from Kids on How to Get What We Want 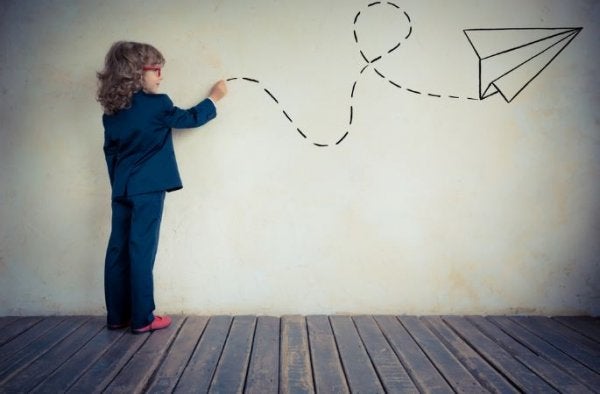 “A child can teach an adult three things: to be happy for no reason, to always be busy with something, and to know how to demand with all his might that which he desires.”

Have you ever stopped to think about how good children are at getting what they want? Kids are constantly negotiating with us and are sometimes impressively efficient at doing so.

Do you want to learn to negotiate? Try using these 5 techniques which, as Alejandro Hernandez has learned, are the ones that children use habitually to get what they want:

1. They ask a lot of questions

Children ask and adults assume. When a child gets a phone call, they don’t stop until knowing the reason behind it. Though they might settle for any answer they find plausible, nevertheless, they keep asking.

Whereas children constantly question, adults pretend to know, for fear of appearing incompetent.

2. They know what they want and they’re not afraid to ask

Children constantly ask for what they want. They know that the more they ask, the better chance they have at getting what they want. This is why, if a child wants that video game, going to the park or getting ice cream isn’t going to help.

Adults, on the other hand, tend to stay silent, almost as if we expect others to read our mind and know what we want. Sometimes, even if another figures out what’s going through our head, we deny it, for fear of appearing needy.

If we don’t tell people what we want, it’s difficult to get it.  Children are amazingly skilled at this because they have no reservations about exposing their desires.

3. They don’t take “no” for an answer and never settle

For children, “no” is the beginning of a negotiation, while for adults, it’s the end. Sometimes kids even relish getting a “no,” because negotiating can be fun.

Even if a child gets “no” for an answer hundreds of times a day, they very rarely give up. Children push us to our limits: they push, and push and push. Why? Because it works! This is how, bit by bit, they get what they want, even if initially they were denied it.

How long until we get there? Is it going to take a long time? How long? I’m bored, are we there yet?

We’ve all heard this before. Children insist and persist, adults don’t. Besides, contrary to what one might expect, they know that if they don’t get something, they’ll get what they want at some other point in time or something that they like just as much or even more.

This is totally normal and if the answer doesn’t satisfy them, they’ll go on to ask why or why not until they get an answer they like. It’s just their personality.

5. Children don’t give in, they exchange

A child exchanges good behavior for what they want, but rarely cedes or gives up what they requested. While negotiating, they even try and make it so others get something out of it, too.  At the end of the day, that’s what negotiating is all about: it’s child’s play, but we can benefit from taking a page out of their book.