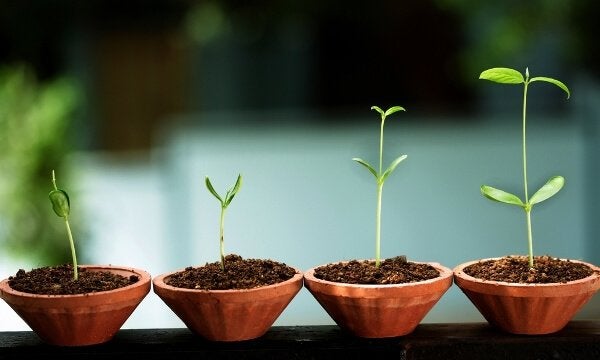 Adding more and more candles to your birthday cake does not necessarily mean that you have become more mature. It also doesn’t mean that you’ve grown emotionally or that you’ve gotten better at handling things with more balance.

Most of us tend to punish ourselves for our mistakes before we celebrate our achievements. We’re too hard on ourselves (more than anyone else), and we focus more on our failures than our successes.

We quickly become discouraged when things don’t go the way we planned. We don’t appreciate the things we do well. We’re not patient enough to move forward and we don’t pay attention to small changes.

Sometimes it’s worth it to stop in the middle of chaos to make a list of everything we’ve achieved. Not to be arrogant, but to realize that we’ve grown emotionally. So what are the signs of emotional maturity?

You let go of things that are bad for you

It’s very important to learn to remove the things that harm us or hold us back from our lives. This is key to being successful in anything that we do. Recognizing toxic people and moving away from them is a big step.

You learn from your mistakes

Whoever said that making mistakes has to plague us for the rest of eternity? We can learn a lot from our failures. Obsessive perfectionism is not worth it. It’s good to make mistakes and know which things you won’t repeat.

This completely changes our perspectives and helps us to begin new projects; only this time, we’ll be more ambitious and successful. Why? Because our experiences guide us.

This is, without a doubt, one of the most noticeable signs of emotional growth. Some people spend the entire day criticizing everything because all they can do is increase the negativity and pessimism around them. Learning “not to cry over spilled milk” makes for a more mature person. If you take action and solve problems more and complain less, it’s because you’re growing.

You celebrate the successes of others

Applauding and being truly happy for someone else when something goes well for them is a sign of maturity. This means that you don’t envy them, that you understand that they’ve put in a lot of effort, and that you’re able to recognize someone else’s work.

You have less troubled relationships

This doesn’t mean that everything will be “love and peace” all the time, but it does mean that you won’t always be fighting and arguing. You’ve moved past wanting to take everything for yourself at any cost. You’ve learned to put yourself in other people’s shoes, to try to arrive at an agreement before confronting the other person. You’ve learned that fighting is a waste of time and it’s better to look for a solution together. You’ve also realized that it’s better to make peace than to be right.

You’re not afraid to ask for help

Until recently, you thought that asking for help was a sign of weakness and that you should avoid it. However, now you’ve learned that it’s actually a sign of trust in others. You can’t do everything yourself all the time, so it’s good to be humble and recognize when you don’t know something and when you need help.

You know what you want

You don’t care what other people say

The fear of what other people will say has kept you up at night many times, but now you’re in a new stage of life. You’re only interested in the opinions of people who want to help you and see you do well, or in other words, constructive criticism from those around you (because you’ve already distanced yourself from toxic people).

In your day to day life, things happen that affect you and are out of your control. The way you react…

Healthy Habits
Junk Food and Its Negative Impact on Your Brain

When you're conscious about what you eat, you can care for your health. This is why it's important that you…

Happiness strengthens our arteries. When we fall in love it strengthens our neurons. Emotions are totally related and connected to our bodies. "Only happiness is a guarantee of health and longevity."…

Extensive studies indicate that genetics has a limited influence on a person's well-being. In fact, researchers observed that improving healthy…