8 Concepts in Psychology that We Use Badly 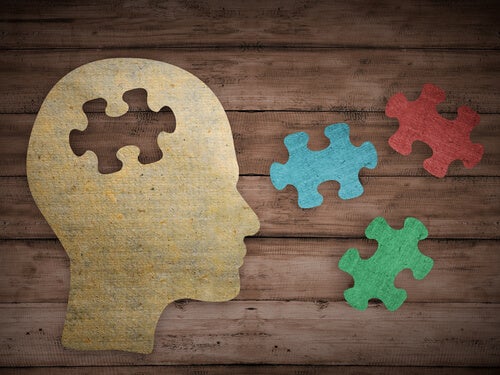 There are many concepts in psychology that we use badly. This could be due to inexperience, lack of knowledge, or for cultural reasons. Most errors have to do with the tendency to consider and use certain words as if they were synonyms, when in fact they are not.

Therefore, although some of these words are closely related, it is important to know precisely how they differ in meaning. Here are 8 pairs of words that fit into this category.

Reinforcement and punishment are two of the most important concepts in Behavioral Psychology. We use the former if we are trying to increase the probability of some sort of behavior. Whereas, if we want to reduce it, we need to talk about punishment.

Negative reinforcement involves the removal of an aversive stimulus, that is, an object or situation that someone finds unpleasant. This strategy increases the likelihood that previous behavior will repeat itself. An example of negative reinforcement is when a mother removes a punishment she had given to her son, and rewards him for having spent the whole afternoon studying.

Punishment is a negative stimulus, and this decreases the likelihood that a behavior will repeat itself. Two examples of this would be when our boss imposes a small penalty for having arrived late, or when a child doesn’t get their pudding because they’ve behaved badly.

Antisocial behaviors are actions that are dangerous or harmful to society or to third parties. These people feel rejected or have difficulties living in today’s society.

Antisocial Personality Disorder (APD) is a psychiatric disorder attributed to those who reject pre-established norms and the law. They may even commit serious crimes impulsively knowing full well they are against the law. At the other extreme we have shyness, which doesn’t result in any damage or harm to other people. It is simply a feeling of insecurity that one feels when faced with new social situations.

To distinguish these two concepts in psychology we need to look to Sigmund Freud. Although these two terms tend to be used interchangeably, there are subtle and important differences between these two of them.

The subconscious is the emotional mind, which obeys our tastes or desires. For example, if we change where we put the clothes basket, it will take us a couple of days to get used to its new location. This is evidence that the subconscious neural connections become stronger over time.

On the other hand, the unconscious is the mental content that escapes from our consciousness or that which is difficult to achieve through it. It is the most primitive part of our mind, the fruit of genetic potentiation through years of trial and error. Our breathing is an example of what the unconscious controls.

This is another of our concepts in psychology that we often use very badly. The difference between these two terms is very simple and it is a matter of quantity and possession. For there to be envy, we need two people. It is an emotion that is associated with “not having”. Such a person craves what another person has and he doesn’t want them to possess it.

Jealousy normally involves three or more beings and involves “having”. It appears when someone feels that a relationship they consider valuable has been threatened. It is an emotional response of fear of losing something that we appreciate greatly. Therefore, when we see that our neighbor has bought a new car, we feel envious. When our best friend gets married, we can feel jealous because his new wife has spoiled the relationship we had with our friend.

According to the latest edition of the style manual of the well-known American Psychological Association (APA, 2010), sex refers to the biological differences existing in people, and gender is more to do with social distinctions.

We consider that sex is determined by nature. That is, a person is born as either male or female. In contrast, the APA says that gender is something we can learn, change and manipulate.

The confusion between these two concepts in psychology can come about because patients with auditory hallucinations (hearing voices) can develop delusions (like believing that other people want to hurt them).

But while hallucination is a perceptive experience totally invented by the mind, delirium entails distorting some external stimulus or an existing reality. The delirium is still pretty much an elaborate belief that is lived out with deep conviction, despite the fact that common sense is pointing in another direction.

Both these processes are part of the same path that starts in the stimuli and ends in the brain. But, although we often use them as synonyms, they are not exactly the same. We receive sunlight  through the retina and a sound through the hair cells of the inner ear. A person receives both internal and external stimuli and captures them thanks to these receptors.

Therefore, sensation is the initial stage of the perception process and our five senses carry them out. Perception is the next phase. It is the psychological and biological process through which the brain interprets and gives meaning to the information that reaches it through the senses.

Although both are indicators of psychopathology, symptoms are subjective and signs are, for the most part, objective. Patients list and explain symptoms themselves from their own perspective and perception. Examples of these are drowsiness, pain, muscle weakness or dizziness.

However,  signs are what medical professionals detect through appropriate psychophysical investigations. Some of these are fever, edema, psychomotor retardation or jaundice.

Knowing how to use these concepts in psychology correctly will help us to understand and explain things more accurately. A happy outcome is worth waiting for!

5 Common Myths about Psychology
"I don't believe in psychology." This is one of the criticisms that those who work in the field hear the most, as if it were a matter of faith, not science. These are myths about psychology. Read more »
Link copied!
Interesting Articles
Psychology
Clark L. Hull and Deductive Behaviorism Theory

Have you ever felt hopelessly dragged by a very powerful emotion that has made you lose control? Have you ever let yourself get carried away and said things that you…

Psychology
Psychological Manipulation Techniques You May Be a Victim Of

They can be found anywhere, even in the places we frequent most. It could be your boss, your neighbor, a…

Since the beginning of time, human beings have been looking for medicinal plants or wanting to consume substances with curative…

Starting a new relationship means starting a new chapter in the book of your life. This implies learning the lessons…