The Two Faces of Shyness 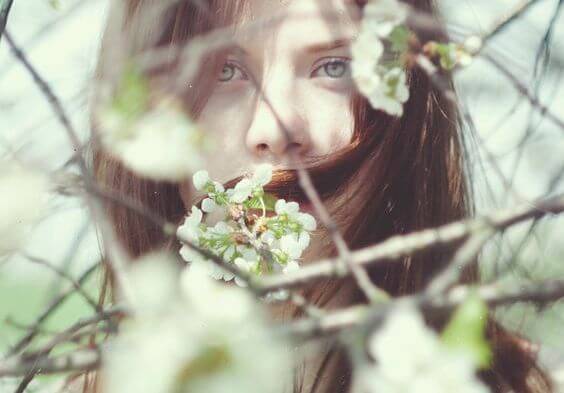 Being shy does not mean having some kind of defect, nor does it mean demonstrating a virtue in and of itself. It is simply a personality trait that depends on the temperament and type of experiences that a person has experienced. Despite this, many see shyness as a problem that we must completely uproot, with no alternative.

It is true that those who are shy experience different limitations in social situations. It is not easy for them to break the ice and start a conversation, nor do they feel comfortable talking about themselves, and this can have negative repercussions on their relationships with others.

Shyness is born of a lack of security in oneself, of the sensation of not being worthy of the attention or consideration of others, or of not feeling like one has the right to be recognized. So the shy feel ashamed of themselves and give too much value to the opinions of others.

“Shyness is a kink in the soul, a special category, a dimension that opens out into solitude”

However, this does not in any way mean that those who are shy are condemned to fail. The fact that they do not do well in social relationships has very little to do with what they can achieve in the intellectual, work, or emotional spheres. In fact, there are times when being shy is an advantage. If you don’t believe it, let different figures from history who accomplished great things despite their shyness show you.

Being shy: a characteristic of great personalities

It is said that Agatha Christie, the famous mystery novel author, had an unusual episode due to her shyness. In 1958, she got ready for a party in her honor to take place in the illustrious Hotel Savoy in London. When she arrived to that place, the doorman did not recognize her, and as such, did not let her enter.

She did not feel capable of contradicting the disoriented doorman and as such, without muttering a word, she turned around and went to sit in the waiting room. From there, she listened to the celebration in her honor. At that time, she was 67 years old and had written more than 60 novels that were read all over the world.

As for Charles Darwin, he shook like a leaf when he had to speak in public. He did not feel capable of standing in front of an audience. The English actor Dick Bogarde even vomited before going out onto the stage. He was spectacular on stage, but very shy before facing the audience.

There are shy people, and then there are shy people. Some take it to an unexpected extreme. For example, doctor Henry Heimlich, who invented an emergency method to save the life of a person who was choking, said that many people die of being shy. When they feel like they are choking, they prefer to move away from the group rather than go through the embarrassment of coughing and calling too much attention to themselves.

It is sometimes thought that being shy is the same as being introverted, but this is not the case. An introverted person simply enjoys solitude and does not feel comfortable in social situations. But at the same time, they do not care so much about the opinions of others or fear expressing their own.

A shy person, on the other hand, is filled with nervousness and often would like to be more outgoing, but cannot pull it off. Their feeling of personal shame is so strong that they assume that everything they do or say is annoying when there are other people around.

The advantages of being shy

Just as shyness leads to tragedies, it can also build up a defense mechanism in many cases. In nature, the most daring and audacious beings catch the best prey and get the best partners, but they are also the ones who die the fastest and who suffer the most terrible wounds throughout their lives.

A shy person feels obligated to develop great skills in order to compensate for their lack of social skills. For example, they tend to be people who repeat what they said and heard over and over again. This usually leads to them having a better memory and greater linguistic skills, although they generally express it better in writing than in speaking.

A shy person is also someone who manages to do everything in a very methodic way and with greater concentration than others. They feel so insecure with the result of their actions and their undertakings that they plan and execute them with great care. That is why it is normal for them to be very successful with tasks that have no time limit or deadline.

In any case, if being shy severely limits a person, this cannot be seen as an advantage. What we find in those situations is unnecessary suffering probably caused by a social phobia. There are many effective treatments to overcome shyness that are really worth looking into when shyness is a synonym for unhappiness.

Absences hurt, but it is a pain that gets weaker and goes away with the passage of time; however, the…

Wellness
Stop Predicting the Future and Dare to Create It

Avoid predicting the future. Think about it. You don't have a crystal ball, nor is there a temple nearby with…

Wellness
5 Things You Shouldn't Worry About

It often seems that living in complete peace is almost impossible. We always find a new reason to worry, and…

Wellness
When They Stop Loving You, You Will Know Without Them Telling You

That summer day, on that balcony next to the sea, at sunset, my tears rolled down my face, silently, slowly,…