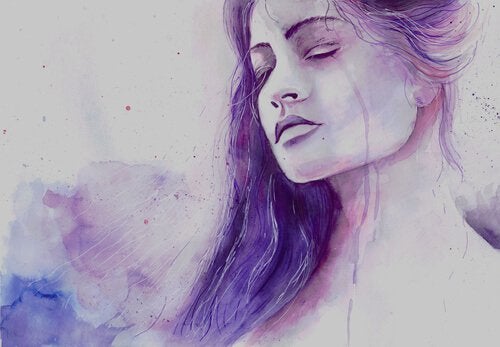 Adequate levels of serotonin in the brain help us feel positive, happy, calm, and safe. Low levels of this neurotransmitter can lead to negative or worried feelings and irritability. A serotonin deficiency can make you feel pessimistic, sad, mistrustful, or even cause a panic attack. It can lead to depression, anxiety, and other health problems. Today we will discuss signs of low serotonin.

Serotonin acts as a neurotransmitter, which is a type of chemical that helps transmit signals from one area of the brain to another.  This neurotransmitter is a powerful brain chemical, and its presence or absence has a great influence on our mood. Determining if the neurons are not releasing or receiving enough is the first key step in overcoming problems related to impulse control and mood.

With proper levels of serotonin, the brain can function properly.

This neurotransmitter has many functions in the brain and the body. In the brain, it regulates mood, social behavior, libido, sleep, memory, and learning.

What does serotonin do?

As a neurotransmitter, serotonin helps convey messages from one area of the brain to the another. Due to the wide distribution of cells that have serotonin receptors, it is believed that serotonin levels influence different psychological functions as well as the regulation of physiological processes.

This means that of the approximately 40 million cells in the brain, the majority are influenced directly or indirectly by serotonin. This includes brain cells related to mood, desire, sexual function, appetite, sleep, memory, learning, temperature regulation, and some social behaviors. In terms of body function, this neurotransmitter can also affect the cardiovascular system, muscles, and different elements of the endocrine system, among others.

The relationship between serotonin and depression

There are many researchers who believe that a serotonin imbalance can influence mood to such an extent that it could cause depression. Possible problems include:

Researchers believe that any of these biochemical failures could cause depression, obsessive-compulsive disorder, anxiety, panic attacks, or even excessive anger. However, there is still a lot of research to be done on the link between serotonin and depression.

Do my neurons release enough serotonin?

Being able to identify a serotonin deficiency can help measure and take action to raise serotonin levels. So even though depression and subsequent joylessness are the most well-known signs of low serotonin, they certainly aren’t the only ones. In fact, recognizing other signs and symptoms can help us prevent depression, anxiety, and worse.

Symptoms of serotonin deficiency include frequent anger, unusual sensitivity to pain, carbohydrate cravings and binges, constipation, and digestive disorders. Other signs and symptoms are: feeling unwell due to lack of sunlight, feeling overly dependent on others, feeling overwhelmed, insomnia, migraines, low self-esteem, and poor cognitive function, among others.

We will now analyze some of the most important signs that indicate low serotonin levels. These signs are important because they are the easiest to detect at an early stage.

Cravings for sweets and foods high in carbohydrates

When this happens, it is extremely difficult for a person to follow the natural sleep-wake pattern. Specifically, the ability to fall asleep and stay asleep is negatively affected. Don’t forget, however, that insomnia can have other causes as well, not just serotonin deficiencies.

Serotonin must be available to be converted into melatonin, the hormone responsible for managing our biological clock

Through the observation of brain images, researchers have shown that frequently anxious people release a lower amount of this chemical substance in the areas of the brain responsible for impulses and emotional control.

It is worth mentioning that insufficient release of this important neurotransmitter is generally not the only factor in the development of anxiety disorders, although some people have a genetic predisposition to low serotonin levels. In reality, there are three other neurotransmitters, gamma-aminobutyric acid, dopamine, and epinephrine, that also play a role in anxiety disorders.

Though it is believed that serotonin plays a role in all thought abilities, its most significant impact is on memory. People with low levels of serotonin are more likely to have problems with memory consolidation.

Nevertheless, while research about the function of serotonin in the gut is relatively new, we know that it plays an important role in appetite and digestion. In fact, the reason that there is so much serotonin activity in the gut is still somewhat of a mystery.

Serotonin levels play an important role in energy production. Some people who experience chronic fatigue show insufficient levels of this chemical substance. When serotonin levels are replenished, people suffering from fatigue often notice a marked improvement in their energy levels.

While feeling fatigued or exhausted could be the result of many different conditions, don’t eliminate the possibility that there could be a serotonin-release problem. In the long-term, chronic fatigue increases the possibility of a reduction in serotonin release.

Among the many properties of serotonin is its effect on libido (sexual desire). Low levels of this chemical substance are directly related to a greater desire to have sex, but also with a decrease in the ability to emotionally connect with the other person. This is not a good recipe for a satisfying relationship.

In addition, fluctuations in serotonin levels can affect attitude, not to mention the physical abilities related to sexual activity.

What to do if you have low serotonin levels

As we have seen in this article, serotonin is a neurotransmitter that plays an important role in your health. Serotonin-release deficiency can seriously compromise very important processes such as emotional regulation and sleep. 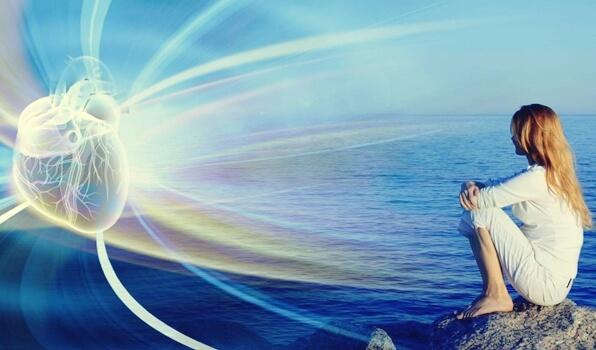 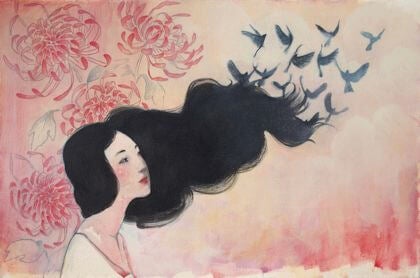 Everybody carries an emotional backpack that holds the weight of certain life experiences. The content includes memories and experiences of different sizes that haven’t been let go, and that are reflected in the eyes. If you don’t learn to empty your… 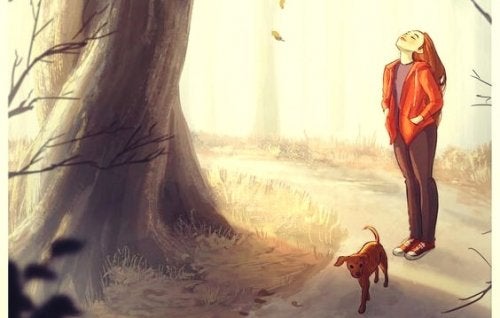 You’re doing great. It doesn’t matter what people say or what they think. Don’t worry about what people think of the… 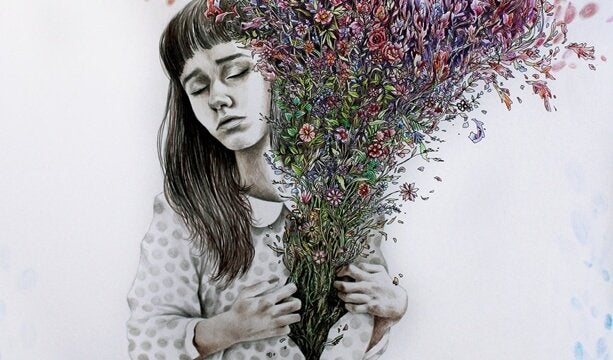 Who has not at some time succumbed to the bitter sweetness and the attraction of impossible love? The first thing… 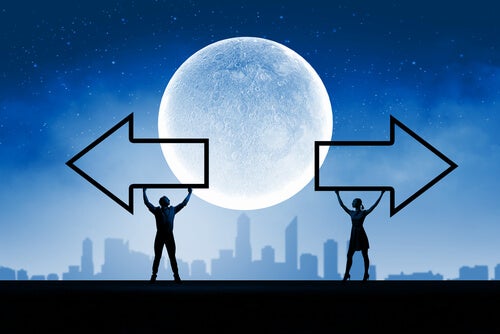 “I don’t know what decision to make” is perhaps one of the most common phrases of those people who are insecure with themselves,… 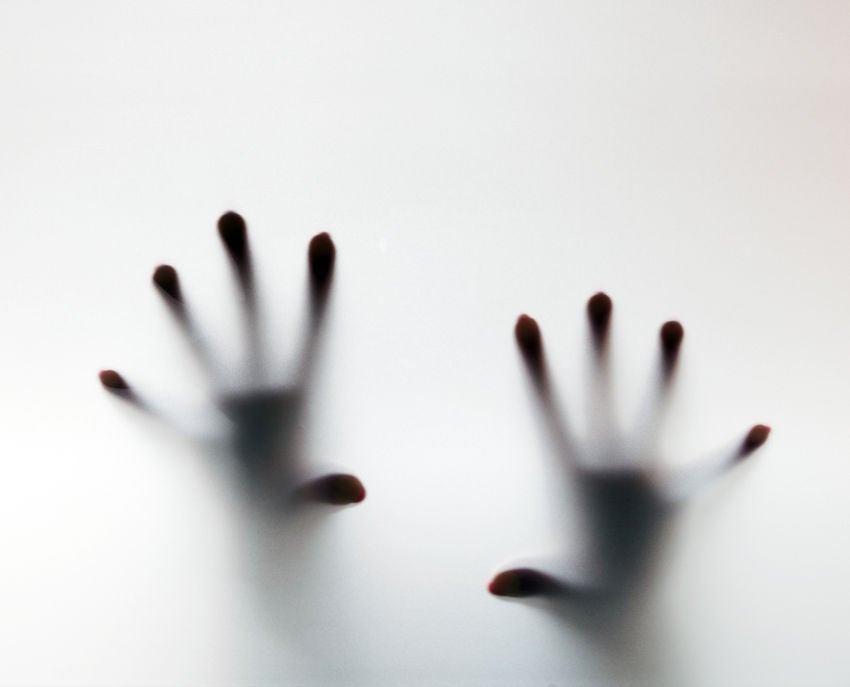 Psychology
How to Control the Symptoms of Panic Attacks