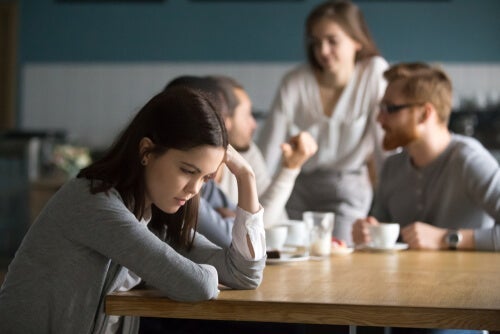 Below, we describe seven traits psychologists often associate with an emotionally dependent personality. Keep in mind that these traits aren’t always easy to read and identify with. More importantly, it’s understandably difficult for people to look so deeply in the mirror.

Each person will come to a crossroads where they must decide to continue down the challenging path of self-discovery or another. Sadly, those who find themselves emotionally dependent will come to that exact crossroads.

“Owning our story and loving ourselves through that process is the bravest thing that we’ll ever do.”

2. They struggle to begin projects or do things on their own

Emotionally dependent people fear exposure because it may cause others to realize how “worthless” they truly are. They utterly fear having failures and weaknesses on public display. As a matter of fact, one way dependent people avoid failure is by avoiding taking the initiative.

They don’t put themselves out in front of others by taking the initiative or promising results. If they believe they’re doomed to fail at a task, they aren’t motivated to engage in it. They’re simply motivated to avoid the task at hand.

3. They need others to assume responsibility for many major areas of life

Asking for help from another person in a major area of life is one thing. Expecting that other person to take over responsibility for you is another. People with emotionally dependent personalities give up control of major areas of their lives to other people out of fear.

Life challenges can take on the dimensions of insurmountable difficulties and are, therefore, seemingly impossible to deal with alone. So, the dependent personality faces everyday decisions from a position of hesitation and fear. The difficulty is the terror of being wrong.

4. They have difficulty disagreeing with others out of mere fear

On the other hand, an emotionally dependent person doesn’t feel worthy at all to express their opinion. Besides, expressing their opinions that differ from someone else scares them. Deep inside, they believe they must be wrong.

5. They have a high need for validation and approval from others

Emotionally dependent people crave validation as desperately as an alcoholic craves a drink or a gambler craves a jackpot. Fortunately, when their actions are validated and approved, the planets align. Thus, all is right with the person’s universe, at least until insecurity kicks in again.

Therefore, any win, though they desperately crave it, they, deep down, suspect it’s a mistake. This mistake is surely momentary. If their ideas aren’t validated or approved, they freak out. Dependent people have difficulty making everyday decisions without advice and reassurance.

6. They make themselves responsible when bad things happen

Life happens, things happen. Dependent people, who don’t sufficiently trust themselves, are fast to assign themselves blame for bad things. Yet, their judgment is unreasonable. They’ll command the blame from events, circumstances, and even other people.

7. They feel distressed and anxious when alone or when they think about being alone

Unfortunately, emotionally dependent people usually expect the worst in life. In other words, they don’t feel competent to live their own lives without other people. For them, being alone means being unprotected and incredibly vulnerable. They develop anxiety.

In fact, the mere thought of being alone to cope with whatever life throws at them is simply overwhelming. This type of people wholeheartedly believe in Murphy’s law, that anything that can go wrong will go wrong.

We hope you loved to learn about emotionally dependent people. Are you also dependent? Accepting the truth, though difficult, is the pathway to freedom. Dependent people hold onto relationships that constantly threaten to slip away. To heal, they must see the value in spending time and energy in establishing relationships based on truth.

How to Work With the SCORE Model
If you're looking for an easy-to-use coaching and problem-solving model, the SCORE model offers wonderful results. Read on to learn more. Read more »
Link copied!
Interesting Articles
Personal Development
Samurai Principles - How to Live a Balanced Life

Childhood is a time for marveling at the incredible world we live in. Children endlessly absorb information. It's fascinating to…

Nobody wants to have to face adverse situations in their life. However, sooner than later, you'll deal with your own painful experiences. The experience is devastating for some people and…