7 Signs that Your Relationship is Struggling 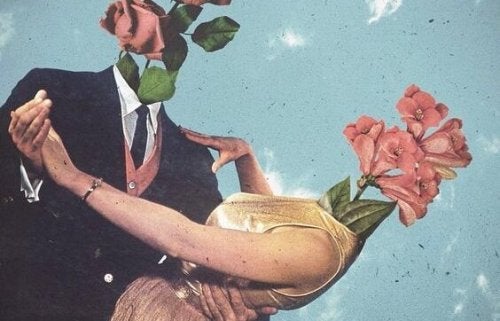 Romantic relationships go through different phases. We would all love it if we could stay in the butterflies stage of the relationship, but that’s not possible. Falling in love, and everything that goes along with it, is just one stage.

Later, relationships enter a more realistic and profound phase. That’s when disagreements and conflicts start to come up. No one is made perfectly for anyone else, so differences, big and small, don’t take long to show up. This happens even in the most compatible of couples.

“Distance isn’t how much we’ve separated, it’s if we don’t return.”

If a couple manages to stabilize, a new phase begins. In this phase, the goal is to build a life together. Neither the illusions from the beginning nor the disappointments of the reality that sets in after falling in love get in the way. In the best case scenario, the relationship gets stronger. But not forever.

Sooner rather than later, bigger difficulties will arise. Agreements and disagreements happen. Routine sets in, as well as temptations. Sometimes the relationship maintains balance, but other times it shows signs of decline. Do you know how to identify them if you see them? Here are some clues to help you.

1. Politeness is gone from the relationship

One or both partners forget about good manners. Sometimes it’s just because they aren’t paying attention. Other times it is just plain rude. Politeness and courtesy are related to the special treatment that we use when we love someone.

If courtesy (consideration for the other person) disappears, it might be a symptom that something is wrong in your relationship. Treating each other well, with consideration, affection, and kindness, is very important to make love last. When you lose that, it’s a sign that you should stop and reflect on your relationship.

2. Putting each other down in front of other people

When a couple is in love, they show each other off in public with a certain pride. They lift each other up. In social settings, they are a unit: she is with him and he is with her. To the world, they are two people, but they are also one.

As the years pass, this can change. It’s normal. What isn’t a good sign is when one person in the relationship doesn’t miss the opportunity to put the other down. They might even ridicule each other in front of other people. This is a very bad sign.

In romantic relationships, communication is key. There also needs to be some kind of mutual admiration. That’s what causes one person to be interested in what the other person is thinking, and vice-versa.

You can tell a relationship isn’t going well when the couple has a detailed list of who is to blame for what. That means that there are deeply embedded conflicts. This causes the bond to markedly deteriorate and prevents individual and mutual growth.

In these cases, as soon as an argument begins, each person pulls out their list of complaints. Both people feel like the other one is to blame. They lose their self-critical perspective and they end up seeing the other person as the cause of all their problems.

5. You don’t make plans together anymore

This sometimes happens before we realize it. Each person starts to make their own plans, in the present and the future. He takes care of his things and she takes care of hers. They’ve divided their lives together into impassable compartments.

6. They don’t spend time together

If you don’t make time for each other, you are heading towards a breakup. It’s like one person doesn’t have a place in the other’s life. In these circumstances, in fact, the distance between two people slowly grows. And given the distance between them, they make fewer attempts to close it.

7. The couple begins to suspect each other

When a relationship is deteriorating, sometimes one person starts to see the other as a potential enemy. As a result, they start to suspect all kinds of things about their behavior. Implicitly, this means there is no trust. One person expects the worst from the other.

All of these factors should be considered as cause for alarm. They mean that the relationship is having a crisis that is deteriorating the lives of both parties. Each couple has to determine if it’s the time to break up or not. It’s not so much about returning to how things were but trying to move forward together to a more adult situation in which the relationship and the couple can grow together.