7 Psychological Dramas from the Big Screen

Movies can make you think differently about issues that are important to all of us. Today, we'll share a selection of films that are sure to move you. 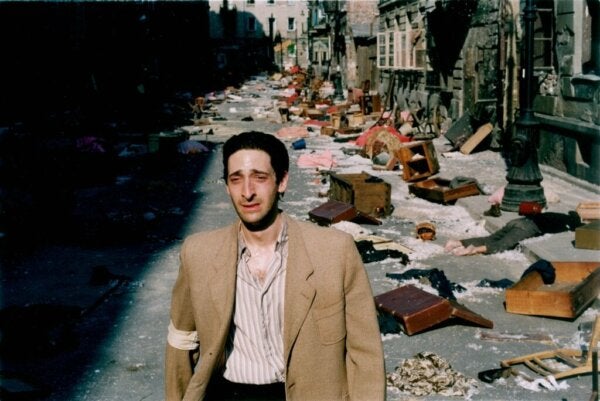 Psychological dramas challenge you and make you rethink important issues. They can even trigger some serious existential reflection in the days after you watch them and change your mood. A good drama has the ability to shake you up and leave an emotional mark.

In this category, we have two movies that brilliantly portray what society and social expectations can do to their citizens.

This film was wildly popular in 2019 and brought with it a glimpse of the strange world we’d be living in just months later. This is a world where inequality, an inadequate public health system, and lack of mental health care puts its citizens on the edge of a breakdown.

It’s so easy to connect and identify with Arthur Fleck, the main character, that it’s a little unsettling. In his madness, you’re reminded of so much of what you see in this capitalist society that preys on the weak. Here, you’re nobody unless you have material goods.

That’s why Joker, directed by Todd Phillips, is a first-rate psychological drama. It exposes your awareness of the world starting with general terms and narrowing to the personal.

A year after its premiere, there are odd echoes of the movie in the real world. Today, it almost feels like we’re living in the real Gotham, full of chaos and sadness.

The Netflix documentary The Social Dilemma left everyone dazed and confused, primarily because it puts you in the center of the target. It leads you to believe that you’re just a product of technology that uses psychology to control you and make you unhappy.

That’s one reason why it’s so important to remember how people reacted to The Truman Show when it premiered on the big screen. These days, that type of science fiction seems almost quaint by comparison.

The movie challenges ideas about the boundaries of privacy. It asks if social media just makes your life a spectacle for others’ enjoyment. Most of the people watching certainly don’t know who you really are.

Certain movies take a deeper look at the moral dilemmas that affect us all. Their stories fill you with indignation and make you sad.

A stunning performance from Imelda Staunton won her the Oscar for Best Actress. This movie also won Best Director and Best Original Script.

Vera Drake is a middle-aged woman devoted to her family and her sick mother. Everyone around her adores her because she’s noble, kind, and committed to helping others. Vera works cleaning houses. Although she’s a member of the lower class, she’s a lively, happy woman. Her family is tight-knit and her marriage is blessed with pure, solid love.

What her family doesn’t know (spoiler alert: the viewer doesn’t know either) is that Vera also does clandestine abortions for free. She believes that it’s her duty to help women correct these small period “delays”. Vera doesn’t think of it as abortion, let alone herself as someone who performs them.

In the movie, we see Vera help women of all shapes, sizes, and economic conditions. They go to her because she treats them well and she’s efficient. Unfortunately, an incident brings everything to light and you see the hypocrisy of a society that condemns her instead of thanking her for what she does and how she does it.

The Sea Inside, directed by Alejandro Amenabar

This Spanish cinema classic is based on a true story that moved a nation. Javier Bardem plays Ramon Sampedro, a man who was left quadriplegic after a diving accident.

Sampedro no longer wished to live in his condition, so he asks his neighbor Rosa (Lola Dueñas) for help. He wants her to get him a lawyer to fight for his right to assisted suicide. The film, beautifully acted and produced, touches on countless moral issues such as the rights of terminally ill people, and the individual liberties of all people. Assisted suicide is, without a doubt, an ethical dilemma depending on how and in what conditions it’s done.

The psychological dramas that tend to have the most emotional impact are about abuse and mistreatment. They show the most terrifying side of human beings, that side we never want to see ourselves in.

Sleepers is part of a group of movies from the 90s that aren’t quite masterpieces but certainly have an impact. In spite of its tough subject, the incredible casting and its avoidance of easy morbidity make it, in some ways, an “easy” movie to watch.

John, Lorenzo, Michael, and Tommy are four friends in a tough neighborhood in New York. Their support system and spiritual guide is Parish Priest Robert Carrillo (Robert de Niro). Robert is like a social worker and father to the boys, who have troubled home lives.

One afternoon, the boys rob a heavy ice cream cart. Luck isn’t on their side that day because it’s too heavy for them and it ends up falling down the stairs of the subway, where it seriously injures an old man. At that moment, their lives change.

The four boys end up at a home for boys where they have experiences that no child should ever live through. Years later, a murder and a court trial bring the four friends together.

Dancer in the Dark, directed by Lars von Trier

It’s hard to watch this Lars von Trier movie without it touching a nerve. Von Trier, a lover of psychological dramas himself, tried to outdo the rest with this intensely moving film.

Keep in mind that Björk had never acted in her life, which made the film a bit of a gamble since 90 percent of the movie depends on her acting skills.

Fortunately, she rose to the occasion. Björk proved that not only is she a gifted singer but she’s also a talented actress as well. Dancer in the Dark is a story about innocence, evil, and greed, and the ending doesn’t disappoint.

Psychological dramas can cover several subjects at once, but sometimes it’s the meaningless of existence itself that makes the film engrossing.

The Pianist, directed by Roman Polanski

Wladyslaw Szpilman (Adrien Brody) is a pianist for a Jewish radio station in Poland who watches how the beginning of World War II affects Warsaw. Szpilman is forced into the ghetto in Warsaw but is later separated from his family during Operation Reinhard.

From that moment until the prisoners are freed from the concentration camp, Szpilman hides in different places in Warsaw. During that time, we see what absolute desolation does to a man; deprived of everything that makes him human.

The Pianist is a reflection on the human capacity for atrocity when it comes to protecting ourselves. At the same time, it tells the story of a hopeless man who finally finds meaning again through some simple piano notes.

The stories these movies tell allow you to see the world in a different way and discover the subtle nuances of another perspective. Movies, after all, aren’t just art or entertainment, they’re a way to teach important emotional lessons.

5 Inspiring Movies about Friendship
Friends help us put our problems in perspective. They don't let us drown in our misery. They will always want us to be happy, and that's why they push us in the right direction. Read more »
Link copied!
Interesting Articles
Cinema, Television, and Psychology
5 Addicting TV Shows with Psychological Themes