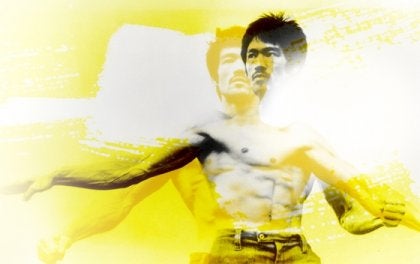 Bruce Lee’s mental exercises were everyday practices he did to maintain his abilities as a philosopher and martial arts master. Although he’s mostly known as an action film actor, Lee was much more than that. He was actually a teacher in the art of living.

Bruce Lee is considered the first great exponent of martial arts. Before him, no one really knew much about those practices that involved the mind more than the body. It was Bruce Lee who made them popular all over the world.

One of the most important mental exercises was the one he did every day to strengthen his power of will. He called it “the supreme court over all other departments of my mind”. By this, he meant that power of will was the force that determined everything else in life. To exercise his power of will, Lee set daily goals.

Bruce Lee knew the powerful effect emotions had on behavior. He knew positive emotions strengthened the spirit, while negative emotions weakened it. That’s why he always worked on transforming what he felt at any given moment.

His goal was to dilute negative emotions or turn them into something that contributed positively to his development. At the same time, he continued to cultivate positive emotions more and more since, according to him, that’s where personal strength resides.

Bruce Lee’s mental exercises on reason were aimed at making the latter the fundamental life guide. He always sought to filter out his thoughts to make good decisions.

Imagination is what allows us to design and create mental scenarios. We sometimes waste it by using it only to feed fears or dream about our personal goals. When you do this, you’re not using your imagination to its maximum potential.

For Bruce Lee, imagination was the basic component of action plans. Reason gives a purpose and goal we should follow. Imagination makes us see the multiple ways and means that can help us achieve what we want.

“Art requires imagination. It requires creativity. Creativity requires experience and experience comes from your life. And your life is expressed in your art.”

Bruce Lee sought to focus the power of will, emotions, reason, and every personal resource towards the achievement of a previously set goal.

Memory is a tool that allows us to remember what we’re fighting for. Not only that, but it also reminds us of the paths that lead to the achievement of our goals, as well as the emotions and thoughts that we must keep in mind in order to make that happen.

For Bruce Lee, there was a greater goal in life, the main purpose that must become the axis of all the other minor objectives. This main purpose comes from the deepest part of ourselves: our unconscious.

Hence, one of Bruce Lee’s mental exercises was based on navigating the unconscious in order to unveil the intuitive image that held our main purpose in life. Thinking about that mental image every day will help bring all our personal resources together and use them to our favor.

The conscious also played a big role in Bruce Lee’s mental exercises. He believed that consciousness was deeply connected to the ethics of action. In his notes, he said that one of his wishes was “to combine justice with mercy in my judgments” to be able to tell right from wrong.

Once he clarified what was good and what wasn’t, he promised himself to stick to doing the right thing regardless of the consequences that it implied.

How Can Martial Arts Make Us Better People?
Martial arts are primarily a spiritual practice. It may seem contradictory that a set of skills and techniques designed, ultimately, for combat, are at the same time a path of personal development. Read more »

Self-confidence or confidence in itself is not a static quality. Rather, it's a state of mind that requires some effort…

Current technological advances allow us to be increasingly more involved in our children's education. Nowadays, there are platforms to see…

Early onset Parkinson's disease begins before the age of 50.  It's a neurodegenerative disorder that affects the nervous system. It causes…