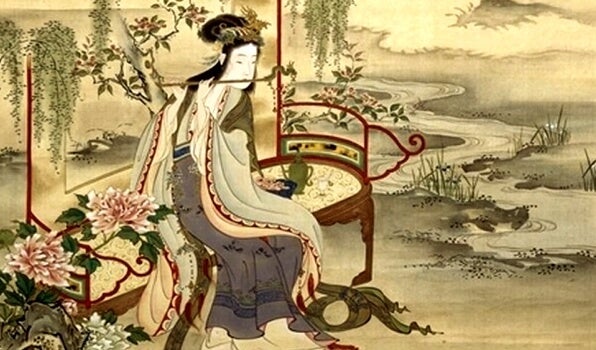 A lot of Chinese proverbs are literally “age-old.” Some of them were made up for their own sake, and other ones come from legends. They all have the same goal teaching a condensed life lesson. It’s an educational way of transmitting the wisdom collected by that culture over the centuries.

The word Chinese word for these proverbs is “Chengyu.” Almost all of these sayings are made up of four characters in Chinese. It’s an ideographic language, so every character has a wide range of meanings.

“A motionless dragon in deep waters becomes a prisoner to the crabs.”

If there’s one thing that characterizes Chinese proverbs it’s their elegance. That and their poetic ability to make metaphors for reality. They’ve lasted so long and spread to so many cultures all over the world. Now we’re going to share seven great examples of these wonderful proverbs with you.

Asians, and especially Chinese people, have been characterized  as having a deep sense of sacrifice and giving a huge value to willpower. These people have historically gotten through colossal natural disasters and risen out of their ashes multiple times. That’s why they give such a huge value to the ability to stay strong. This is how they put it: “Great souls have wills; feeble ones have only wishes.”

And there are a lot of Chinese proverbs that highlight the ability we all have to shape our own destiny. Here’s one way they put it: “You cannot prevent the birds of sadness from passing over your head, but you can prevent their making a nest in your hair.”

Mountains are a metaphor a lot of Chinese proverbs use. They represent hardship and obstacles. Here’s one example with this saying: “The person who moves a mountain begins by carrying away small stones.” This quote pays a tribute to patience, which is a source of strength in Asian cultures.

The true meaning of trust

There’s a Chinese proverb that says: “The best kind of locked door is that which you can leave open.” This is a beautiful lesson with a lot of truth to it, and it’s wrapped in a nice poetic bow. The proverb is talking about trust.

In this case, the door is a symbol for a defensive person. They give themselves security and prevent entry to something valuable. But you can’t put your trust in that barrier, only in other people’s desire not to cross it.

The pure and impure have always been common topics in religion, philosophy, and culture. We almost always associate purity with positivity and impurity with negativity. But this Chinese proverb flips that idea around: “No fish can live in absolutely clear water.”

This reflection talks about the lack of humanity in perfection. That’s why we call water with no life in it “sterile.” Where there is life, though, there is also contradiction. That is, what there is is “impurity.” But it’s the kind of wonderful impurity that is the root of all life. Let’s not forget that the right answers come from the wrong ones, not from perfection.

The Chinese, like most Asian cultures, are lovers of a pause. Unlike Western culture, they see a weakness in being in a hurry, not a strength. Even just the creation of their history has lasted multiple centuries. They’re role models of slow change. This saying sums up that point of view nicely: “Be not afraid of going slowly, be afraid only of standing still.”

In this case the saying talks about how important it is to stay active. But this doesn’t necessarily mean being completely dynamic. It’s more like a process that moves forward step by step. Even if the goal is far away, as long as you keep moving forward you’ll get there.

Chinese proverbs are an endless source of of wisdom and beauty. The loveliest thing about them is that special way they have of implying things, without saying them directly. They invite each and everyone to reflection, instead of giving out a “prepackaged” absolute truth. And that’s exactly why they’re so magical.

5 Chinese Proverbs About Love
Chinese proverbs tend to be about finding meaning in life and wisdom. However, there are some examples that concern the heart which are truly beautiful. Read more »
Link copied!
Interesting Articles
Sayings
Seven Interesting Terence Quotes