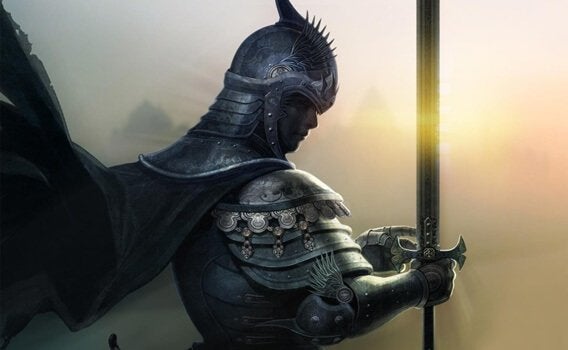 The book The Knight in Rusty Armor holds some quite remarkable lessons about self-knowledge. What you witness in this adventure story is the kind of internal “alchemy” that we should all go through at some point. There aren’t many books that talk as simply yet as deeply about human transformation.

Another thing that’s fascinating about this book is its author, Robert Fisher. He was one of the best comedy writers in film, theater, and TV. He worked for Groucho Marx, Lucille Ball, and Bob Hope. Fisher had a phenomenal writing career, but was also wonderfully artistic in how he portrayed his optimistic, constructive vision of life.

His unique ability was to make people laugh while also making them think. It forced us see our own limits and capabilities. His experience as a comedian and playwright also gave him the built-in ability to wake people up. It made his self-help books accessible, original, and inspiring.

Quotes from The Knight in Rusty Armor

The main story in the book presents you with a very unique knight. What you see is a man who’s admirable at first glance: he’s brave, noble, and generous… But it won’t take you long to notice something else. He’s so in love with the way his armor shines that he can’t appreciate everything else he has.

His blindness even takes him to the point of neglecting everything around him. Unable to see anything but his own value, one day he notices something very important: his armor isn’t shining anymore. It’s going rusty.

A prisoner to himself, he sets out on a spiritual journey of transformation and overcoming obstacles. That’s when the book brings in some very original characters and experiences, and starts teaching us amazing lessons. Let’s take a look at quotes from The Knight in Rusty Armor and learn from the wisdom in it — and maybe embark on our an awakening ourselves.

1. What’s under your armor

“We set up barriers to protect who we think we are. Then one day we get stuck behind the barriers, and we can’t get out.”

The knight was fully convinced that he was good and generous. But his actions didn’t actually display any of that goodness. Under his shiny armor was a man who needed to make himself look good to make up for all the things he was missing.

This knight could fight in fierce battles against everything he saw as evil. But at no point did he realize that there was an enemy inside him. He never noticed the angry dragon inside him that had trapped his true self.

The truth is that, in some way or another, we all get up every day with our own rusty armor on. It’s what we use to cover up things inside that we haven’t worked through. It’s the resistance that holds our real self in.

“Tears from real feelings will release me from my armor!”

Recognizing your own needs and connecting with the emotions bottled up inside you are the first steps to getting the weight of your armor off your shoulders. When it comes to getting rid of that rust, there’s nothing better than airing things out, releasing tension, crying…

“Human beings were given two feet so that they would not have to stay in one place, but if they would stand still more often to accept and appreciate instead of running around to grab, they would truly understand ambition from the heart.”

This quote from The Knight in Rusty Armor may be the one that deserves the most reflection. This knight plows through different kingdoms to do good. He saves people, defends them, protects them, and fights against (what he sees as) evil. But he also ends up falling more in love with his own armor than he does with his own family.

His wife Juliet and his child barely figure into his memory. He has neglected what’s truly important in his life. That’s why you should never forget that you’re always free to shift, grow, and move forward. But at the same time, that’s why you have to be aware of your roots, of what’s important.

“He’d never enjoyed what was happening at the time. It occurred to him that for most of his life, he hadn’t really listened to anyone or anything. The rustle of the wind, the patter of the rain, and the sound of water running through the brooks must have always been there, but he never actually heard them…”

Appreciating the present moment, being receptive to what’s around you: these are ways of understanding what’s truly worthy. Focusing on your ego, on what you did yesterday or what you’ll do tomorrow will just make your armor even rustier. True brightness is something you find in the present. That’s where all your opportunities are. That’s where you can find happiness.

“The knight cried harder as he realized that if he didn’t love himself, he couldn’t really love others. His need for them would get in the way. Looking up through his tears, he saw Merlin smiling down. ‘You have discovered a great truth,’ the magician told the knight. ‘You can love others only to the extent that you love yourself.'”

There’s a point in the book when the knight can’t take it any longer. He’s gotten so far into the forest of his unconscious that all he thinks of is running away back to his family. But later he realizes something: he can’t go back yet because he doesn’t know how to take care of himself. Someone who doesn’t know how to love himself will hardly be able to love other people like they deserve.

Thus we call this the first step in any person’s transformation: cultivating healthy self-love and learning to value yourself, heal yourself, and take care of yourself.

6. Being quiet as a way to listen

“Being quiet is more than not talking.”

What a gem we’ve found here in The Knight in Rusty Armor. The knight has to confront the dragon of his thoughts, where the battleground is solitude and utter silence. The situation is uncomfortable because there’s too much noise in his mind. On top of that, he has his unconscious shields preventing him from reaching his true self and defeating the false one.

He finally manages to break those shields, understand his needs, and embrace his true self in the silence where he had no choice but to listen.

Before we go, there’s one thing we want to mention about Robert Fisher, the author. There were a few times when he said that he got the idea for this book after multiple near-death experiences. Each time, his inner voice said, “Don’t die. You still haven’t done everything you set out to do.”

This book was his mission, and his experience with it also transformed his life. He dedicated six and a half years to writing The Knight in Rusty Armor. We hope these quotes will remind you that you are on the mission of finding your own purpose too. But before you do that, you have to take off your armor. 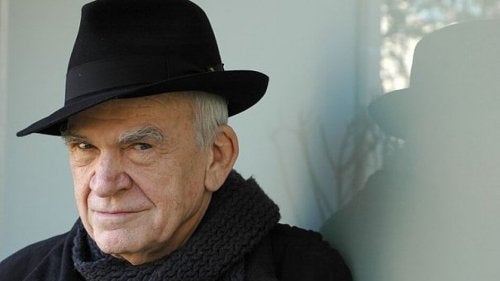 10 Unforgettable Milan Kundera Quotes
All of Milan Kundera's quotes are works of art. Most of them are part of his wonderful and extensive literary work. His novels contain beautiful plots, Read more »
Interesting Articles 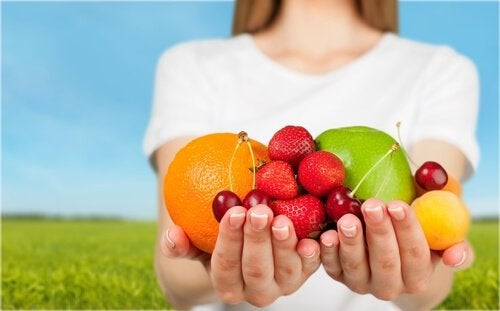 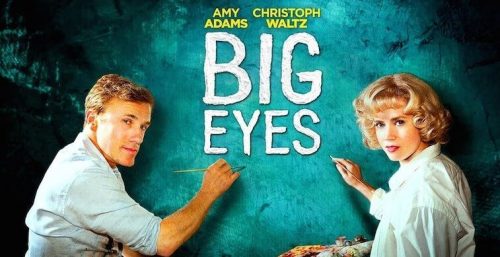 Big Eyes (2014) is probably the least “Burton-ish” Tim Burton movie. It’s actually hard to find his unique style in the movie. In fact, it’s nothing like what Burton normally produces because it’s based on real events. We’re talking about a… 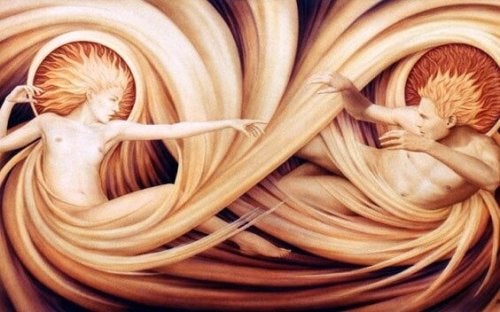 The book Psychology and Alchemy by Carl Jung left behind a legacy that’s as fascinating as it is controversial. For this Swiss psychiatrist, one of the purposes of every human being is to become free and to nurture their individuality.… 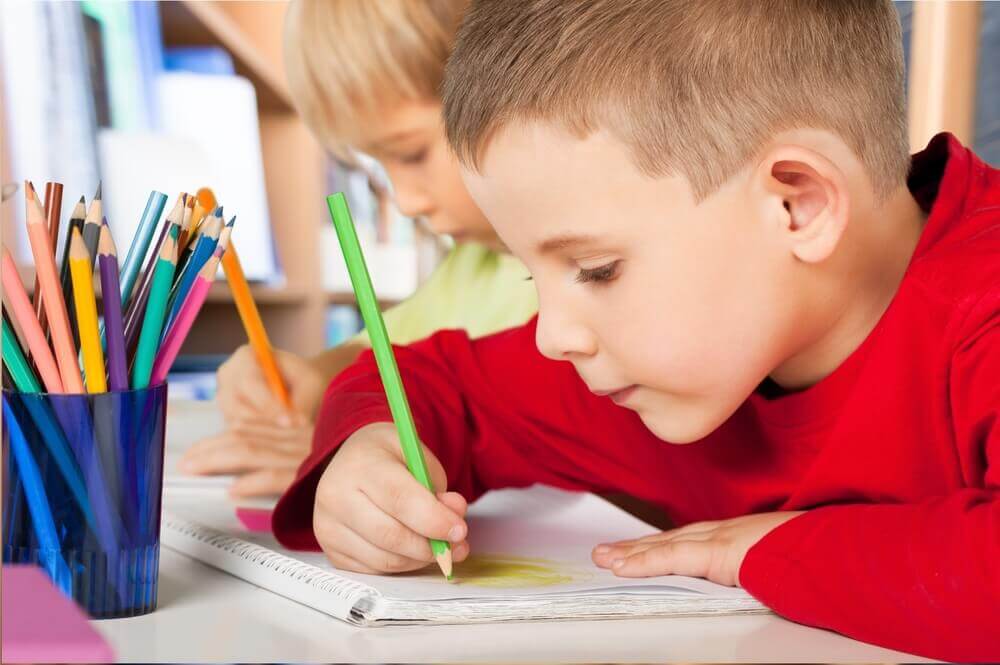 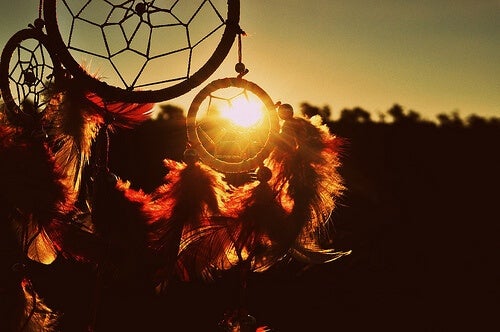 Culture
The Legend of the Dreamcatcher

Let your good memories be caught in the web, and let the bad ones vanish through the hole in the middle. Dreamcatchers are instruments of power according to shamanic medicine, whose origin dates back to Native American tribes. The hoop represents the… 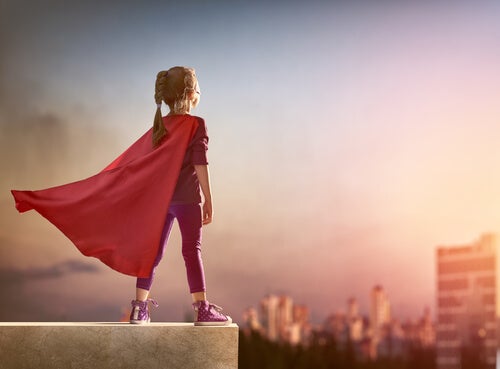 Culture
She Will Always Be My Superhero

Let me tell you a story of overcoming adversity, and of admiration. Not everybody knows how to get up when they hit rock bottom, or move forward when everything they see is a mirage in the middle of a barren…