4 Factors That Destroy a Relationship 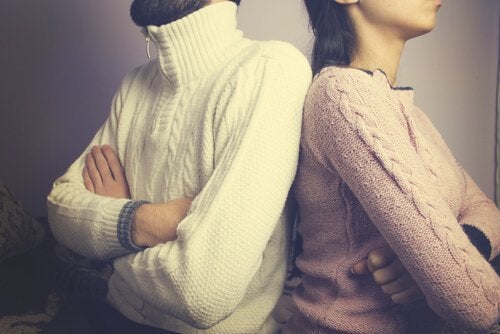 Finding yourself implicated in one of these behaviors is a signal that you must change an important aspect of how you form relationships with others. To not do so is to add to the conflict and increase the probability that the relationship will end.

Discussions, misunderstandings, and disagreements are part of any relationship. Nevertheless, there are many ways to communicate our emotions, and some of them are more destructive than others. It is these destructive methods that we must put to the side if we wish to feel understood and, at the same time, strengthen our relationships.

Destructive criticism can destroy a relationship

Criticism hurts and destroys. It’s power is so great that, by itself, it can destroy a relationship. This is especially true when directed at a person (not at their behavior or through a direct discussion), and there is no opportunity for the person to reply. In the world of a relationship, criticism can be a weapon loaded by the devil himself.

Criticism is different from complaints. A complaint is more specific, centered on an act or behavior more than a person. Saying “Today I noticed you were distracted” is different from “You never pay attention to me.” Criticism can make the other person feel guilty or insulted.

Contempt is toxic to a relationship

Contempt is possibly the worst of these four behaviors we are exploring here. When we show contempt towards our partner, we are poisoning the relationship, causing a deep wound. Contempt attacks the most basic part of a relationship: the respect we should give the other person.

It is difficult to reconcile when there has been contempt between two people. This behavior generates conflict and a disgust that is complicated to manage.

Sarcasm, taunting, and skepticism are all part of contempt. We have to be aware of when we are falling into these habits, in case we learn to form relationships in this way, creating conflict and harm that will require a long and complicated healing process.

A defensive attitude can destroy a relationship

With a defensive attitude, we obstruct communication through a barrier that we create by by blaming our partner. We distort their messages and fill them with inferences in order to not show our vulnerability.

When we keep up this kind of attitude, we block dialog and effective communication, leaving room for incomprehension and emotional distance. When we feel attacked, we put up a shield and ready all our weapons for an intense battle.

Adopting a defensive attitude gives the following message to our partner: “The problem is not mine, it’s yours,” which can aggravate conflict.

An evasive attitude is just as detrimental

A violent approach to a discussion conforms to all of the factors we have already mentioned. Criticism and contempt can lead to a defensive attitude; later, when distance begins to be important, the evasive attitude appears.

Having arrived at this point in the relationship in which we need some distance in order to feel comfortable, both parties need the desire to fix the issue, rather than allowing a break in the relationship to end in total destruction. The opposite of this desire and attitude is the evasive attitude.

We can ignore the problem or the other person, but if we try to tiptoe around an issue we will eventually end up with nothing. Therefore, and evasive attitude is a clear indicator that love is wilting. On the other hand, this indicator appears more often with pairs who have already been together for a long time and have not attended to the other symptoms of difficulty in the relationship.

Changes in Life Are Good if They’re in the Right Direction
Changes in life happen for everyone. It forces to constantly react. We always feel a bit of discomfort at the start of something new, Read more »
Link copied!
Interesting Articles
Conflicts
Relationships and Tensions during Confinement

Conflicts
How to Speak Out Against Bullying