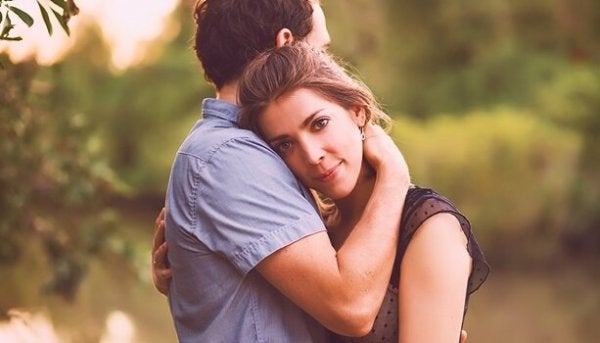 Relationships today don’t always involve getting together with a member of the opposite sex in order to start a traditional family. There are many ways of being in a couple these days depending on each individual’s preference. Let’s learn more about postmodern relationship types…

The typical pattern of new relationships is that there is no pattern. Instead, there’s an eagerness to explore without too much restraint. This is probably a result of the major cultural changes and also the suffering and disenchantment that traditional couples represent.

What most people want is to love and be loved. However, there are many different paths that people can take to reach that goal. There are no studies about this yet. What we do know is that postmodern relationships exist and that these new ways of understanding love are applicable to more and more people each day.

“There is no such thing as love, only proofs of love. And the proof of loving the one we love is to let them live freely.”

Although hybrids have actually been around for a long time, they only gained recognition and a name recently. This is one of the most common postmodern relationship types.

Hybrid refers to a relationship that consists of one partner feeling comfortable with monogamy. On the other hand, the other partner wants to have several relationships at the same time. Consequently, they reach an agreement and each person accepts the other’s needs.

In this type of relationship, the woman tends to be the monogamous partner. There is an obvious asymmetry. However, when considered carefully, this could be a reasonable way of integrating the inability to be faithful. Moreover, if both partners are in agreement, there’s no reason for there to be any problems.

Swingers were one of the first new postmodern relationship types. These couples accept the fact that their partner has sexual encounters with others in spaces designated for this. It doesn’t mean being with several couples at the same time, but rather maintaining a central relationship without a pact of sexual fidelity.

At first, swinger venues operated in absolute secrecy. Now they’re everywhere, since these venues became a business model that provides multiple additional services. Before, it was something that only thirty-somethings with liberal ideas did. Today, there are swingers of all ages and personalities.

Relationships based on multiple dates are a kind of controlled laboratory test. They involve one person having several relationships at the same time, but without any of them involving a commitment. The aim is to “let things flow” and to evaluate whether any of those transient relationships could lead to something more serious.

Multiple dates allow a person to explore the options available to them without the pressure of commitment. They also entail an agreement. Everyone involved knows the rules of the game and respects them. There is no deception.

This is another widespread postmodern relationship types. In this case, a person maintains sexual and affective relationships with others and claims that they love all of their partners. Each of the relationships is considered serious and involves a commitment.

This type of relationship is practiced by those who believe that you can’t and shouldn’t love only one person at a time. The heart has room for many simultaneous relationships. Therefore, love shouldn’t be limited to monogamy, since for these people that has a lot more to do with tradition than real human needs.

Gender themes apply here. This kind of relationship involves exploration in the broad sense of the word: maintaining sexual relations with others, regardless of their gender. What flexisexuals are looking for is not a partner to have a long-term connection with, but rather completely open relationships. This trend is most prevalent among younger people.

These new postmodern relationship types make people rethink the concept of love, and of the love between couples and partners in particular. The rules are becoming more and more flexible and romantic love continues to lose ground. Will this lead to a greater well-being? Only time will tell.

Insecure Attachment – The 3 Different Types
There are many people who are only capable of forming insecure attachments. In basic terms, insecure attachment is a relationship style where the bond is contaminated by fear. This is expressed mainly as reluctance in the relationship and other mixed emotions, such as dependence and rejection. Read more »
Link copied!
Interesting Articles
Culture
The Beauty of Cuddling in Bed

With his usual wisdom and humor, Marcel Marceau once said: "Never cuddle with a mime. You'll never get away." Obviously, he was talking about his job. But, cuddling in bed can…

Culture
The Flynn Effect or Why We're Getting Smarter