9 Interesting Side Effects of Falling in Love 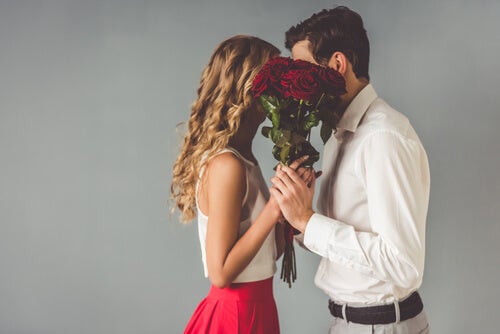 Paulo Coelho said “There is no such thing as peaceful love. It is accompanied by agony, ecstasy, intense joy and deep sorrow.” Yet, he forgot one important consequence. Without a doubt, there is a series of interesting secondary side effects of falling in love. Let’s take a closer look at them.

Because the intense emotions and passion experienced during the process of falling in love provoke alterations within human beings. These are produced on a behavioral level as well as on the physical plain.

Side effects of falling in love

We’re talking about a very complex emotion. In fact, it is capable of altering our way of seeing reality. That’s how powerful being in love can be. Thus, many scientific studies have focused on investigating the changes produced in the brain, and in the human body in general, when one is enamored. In fact, as we have proven, some of these changes are truly peculiar, strange, and interesting.

Love alters your ability to concentrate

The first of the side effects of falling in love we’ll discuss was discovered by Henk van Steenbergen of Leiden University, in the Netherlands.

According to this researcher, people who are profoundly in love find it really hard to perform tasks which require concentration and attention. This effect is especially notable at the beginning of a relationship. This is when a large part of one’s cognitive resources is wasted on thinking about one’s significant other.

It makes you completely euphoric

According to Lucy Brown, a neurologist at the Albert Einstein College of Medicine, when one is in love, one is also quite exalted. Her research is supported by data obtained through magnetic resonance imaging.

Thus, within the brain, an effect similar to the consumption of psychotropic substances is produced. Our neuronal network interprets it as this. We reach a state where we can even lose touch with reality and time.

You become less sensitive to pain

The psychologist Arthur Aron, from Stony Brook University, states that many areas in the brain activate in the midst of intense love. Some of the cerebral areas are the same ones which activate with the consumption of medication meant to reduce the sensation of pain. Sometimes achieving this effect can be as simple as holding your significant other’s hand. Interesting, right?

Let’s take a look at one of the most interesting side effects of falling in love. Could it be that we are so happy that we want time to go by slower? Whatever the case, men are especially affected. But the truth is that the research is more prosaic. This effect is simply due to the fact that men adapt their pace to that of their lover’s when they are walking together.

“Absence and time are nothing when you love someone.”
-Alfred de Musset-

The heartbeats of both lovers synchronize

This side effect is truly romantic. According to various scientific studies, the two heartbeats tend to synchronize when lovers are together.

Is this corny or just really beautiful? Your view on this effect could depend on how deep your feelings are, couldn’t it?

Your voice gets higher

Many people, when they fall in love, feel younger. Is that why their voices seem to become higher? Actually, that’s not quite true. The answer is that, according to certain studies, lovers tend to imitate each other’s voices as a sign of affection, respect, and shared identity.

No, you won’t go blind no matter how much “love is blind.” However, someone who thinks about their significant other very much unconsciously looks away from people who are considered attractive. In fact, this phenomenon even has a name! It’s called the unconscious attention bias.

Science also stipulates that when we’re in love, our pupils tend to appear more dilated. This phenomenon is associated with the emotional state we are in, one that tends to be very intense. Thus, in the first stages of a relationship, our eyes really do look like the windows to our soul, as people usually say.

Love makes us develop a type of blind faith in the other person. In fact, according to studies, men especially tend to have a great predisposition of running risks if this implies winning over or impressing their significant other or potential lover.

“Love never has reasons. Neither does lack of love. They are all miracles.”
-Eugene O’ Neill-

Now you know some of the side effects of falling in love which are truly curious and interesting. If you’re in love, go enjoy! And if not, you know a little more about the changes you will experience it comes knocking.

Falling in Love Lasts an Instant, but Love is Forever
The feeling of falling in love is short lived, but at its core love is forever. While love may change over time, it never truly dies. Read more »
Link copied!
Interesting Articles
Psychology
Allport's Trait Theory of Personality

Gordon Allport (1897 - 1967) was a well-respected and influential American scholar in the psychology field. Allport came from a…

Psychology
The Art of beign a Coward

Do you know someone who could be defined as a coward? What are the reasons that you would describe them this way? Can you justify this belief? At work, in…

The work of Carl Jung is a process of constant searching, a wonderful alchemy between Analytical Psychology, Anthropology and Philosophy which has given us such interesting concepts as "the collective…