3 Types of Friendship, According to Aristotle 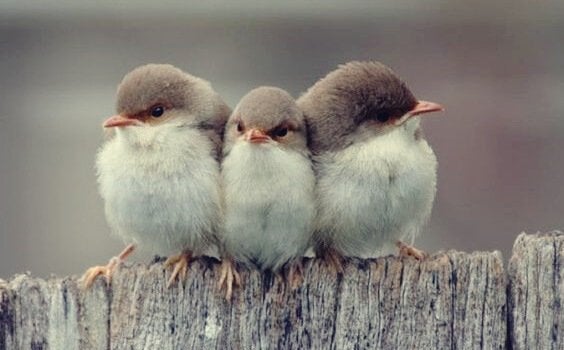 Aristotle always put special importance on the concept of friendship. He writes about it as a valuable possession and a path to a good life. He also said you’ll run into three different types of friendship. Only one of them can turn into a truly great relationship: an amazing, selfless, meaningful bond.

As most people know, Aristotle was quite the polymath. His knowledge, or to put it better, his huge curiosity, helped him become an expert in different subjects like logic, science, philosophy.

You really see it when you read books like Nichomachean Ethics. That’s the one where he talked about human beings as extremely social creatures. He says that we’re like social animals, and that’s why friendship is the most gratifying way for us to live together.

“Without friends, no one would want to live, even if they had all other worldly things.”
-Aristotle-

Due to the limitations of his time, the Greek sage didn’t have any chance to learn about the mysteries of the brain, but modern science has demonstrated that it needs social interaction to develop, survive, and be healthy. We’re absolutely social creatures. But our relationships need to be set on a solid foundation.

The three types of friendship

So often we look at philosophers as a respectable but far-off fountain of wisdom. They’re voices from long ago that you quote occasionally to educate people on something. But we don’t think they have much to do with modern day life.

However, nothing could be further from the truth. Actually, with all this existential anxiety we have now, it’s the perfect time to rediscover ancient wisdom.

Nichomachean Ethics is an excellent example of an ancient self-help book. It’s about how to get happiness and how relationships fit into our daily life. Aristotle thought that friendship was where you learn to give and receive.

But that doesn’t mean he thought of it as transactional. Because he also said that “it is not noble to hope for favors in return, because only a shameless person requires benefactors, and friendship is above all a freedom. It is the most virtuous state of being.”

And this is where Aristotle’s idea of the three types of friends comes in. Let’s look at them now.

It’s well-known that some people use others for their own gain. Some people do it a lot and other people would never think of it.  Then there’s the small group of people that thinks of friendship like this, to get something out of it.

True, you do always expect to get something out of it: support, trust, good times, etc. But there are people who will flatter and manipulate you to get very different kinds of things: social status, recognition…

This is one of the three types of friendships that you’re probably well aware of. It’s the kind that usually comes up a lot when you’re a kid or teenager. But later on, when you get pickier, more careful, and use the right filters, you start to realize that this kind of friendship is a double-edged sword.

But how are a self-interested friendship and a pleasure-based friendship different? In that first kind, someone is trying to get some benefit out of the friendship (favors, access to other people, recognition, etc). In the second kind, all they want is to “have a good time.”

They’re people who live an empty, pointless, hedonistic lifestyle where the only reason they want to spend time with other people is to have a relaxing or fun time. So if you need real support for a problem, or when things aren’t going well, your false friend will evaporate into thin air.

The last of Aristotle’s three types of friendship is the ideal one. It’s the most solid kind — and the rarest — but it’s still possible. It’s a friendship that goes beyond utility or pleasure. Instead, you truly appreciate the other person for who they are.

There’s also generosity here because you aren’t trying to get anything out of it. All you want is to have a nice time together, share your lives, and be a shoulder for them to lean on.

It’s based on goodness, and Aristotle even said it was almost like a romantic partnership. Because in the end, perfect friends, true friends, don’t come often in this life.

There aren’t very many of them out there, but they’re the people you can be deeply intimate with and not worry they’ll turn on you. They’re the people who you’ll share experiences, memories, and promises with, the kind that neither time nor distance can break apart.

It’s entirely possible that right now you have all three of Aristotle’s types of friendship. People who want something from you, friends who only want to be around during the fun times, and amazing people who are there come rain or shine.

Let’s celebrate the friends you wouldn’t trade for anything, the ones who make life’s journey so much easier and more interesting…

Constant Friendship in a World Full of Change
Thank you for being my constant in a world full of change. For multiplying my happiness and dividing my sorrows with your friendship until they almost Read more »
Link copied!
Interesting Articles
Cinema, Television, and Psychology
Your Name: The Japanese Film of Traditions, Trends, and Myths

Culture
The Thoughts of Confucius: A Legacy for Humanity

Confucius was a Chinese philosopher who lived in an era in which war and confusion reigned. However, he never gave up…