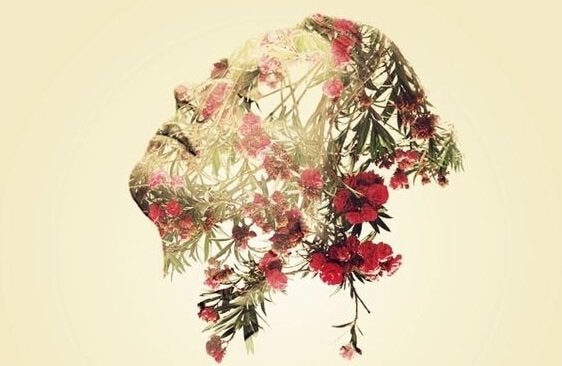 What do we do when an emotion we see as negative flowers inside us? Feeling anger, tension, or rage brings on an instinctive reaction of wanting to control what we feel. But, it’s not strange for us to achieve the exact opposite. So, being conscious of this and other emotional inner workings will allow us to go inside ourselves on a wonderful path towards emotional wisdom.

Thanks to emotional wisdom, we can better process our emotions. In this way, we avoid unnecessarily exploding at inappropriate moments. And, occasionally, we prevent ourselves from feeling suffocated by all those feelings swimming around inside us. Or the butterflies for someone who’s falling in love.

1. Don’t Box up Your Emotions

What did people say to you when you were little? You’ll definitely recognize things like: “stop crying,” “a kid your age shouldn’t be having tantrums,” “look how ugly your face is when you get angry”…All those comments from your parents, apparently innocent, have made it so you’ve taught yourself to repress your emotions.

On top of all this, you’ve grown up with other influences like how they’ve hammered it in that men don’t cry or women are too sensitive. These kinds of beliefs, among others, have made it so that, without meaning to, you’ve disconnected your self-expression from the emotions you feel.

It’s important to know when to give free rein to what you feel. For example, if you find yourself in the middle of an important negotiation. Giving free rein to your anger or tears without control won’t be the best thing for the future of the deal. But, that doesn’t mean you can’t vent afterwards. Or that you can’t express your anger without hurting the negotiation.

“We live in a society that doesn’t teach us how to be emotionally intelligent people.”
-Daniel Goleman-

You can express your emotions in an appropriate way. If something is annoying to you, or violent, if you’ve gotten angry or you don’t agree with something, say so! With statements like “what you just said hurt me,” you can set free a little of that emotion that’s invaded you. And you can give a worthwhile bit of information to the other person. From it, they’ll understand: “I shouldn’t go down that road.”

Sometimes, it’s not just that you don’t express your emotions to others. Instead, it’s that you try to control them when there’s nothing wrong with them coming out. That is, have you ever tried to contain your tears, even when you were at home alone? If that’s the case, you’re trying to stop an emotion it would be better to set free.

All that emotional repression we talked about earlier has made room for what we might call “swallowing emotions.” It’s something emotional wisdom doesn’t even conceive of. The more emotions you swallow, the more they’ll build up. And sooner or later they’ll end up coming out. Also, the outcome of that digestion tends to be a huge disaster.

You definitely know someone, it might even be you, who at certain moments explodes (outwardly) at inappropriate moments. Ones that don’t really require that level of excessive aggressiveness, rage, or sadness the person is displaying. This happens because they’ve been holding in and swallowing a lot of emotions that’ve now spilled out of glass.

One single detonator can cause an overflow of everything you’ve tried to control inside yourself. But, ironically, it’s uncontrollable. You’re doing damage to yourself. You’re suffering by turning yourself into a warehouse of emotions that don’t make you feel good. It’s time to let them out when they need to be let out.

3. As Human as Emotions May Be, We Also Have to Learn how To Deal With Them

Emotion wisdom doesn’t just suggest that you stop locking up your emotions. Actually, it also puts the focus on something really important: learning how to do it. Every emotion contributes something. A necessary lesson you need to know how to interpret right before it goes away. In fact, once we’ve listened to them and gotten ready to act, emotions tend to unravel to contribute energy to our actions.

So, it’s not about treating them as enemies or putting them on the other side of the ring. If we see them in this way, then they’ll most likely play that role. But not because it’s how they are, but because we’ve made them that way. More concretely, they’ll do whatever we expect them to. If we expect our anger to ruin a party, then it definitely will.

On the other hand, an emotion we ignore might lose some intensity. But this can also mean we run the risk of it reappearing at any moment. Stronger, more invasive, and when we’re at our weakest…and most importantly, without us having learned a thing.

“When I express what I think and how I feel, I free my mind and cleanse my body.”

When we spend years trying to control and lock up what we feel, in the end our body will start to give warning signs that something isn’t right. That is, it will somatize our emotions. Let’s not do that kind of damage. Let’s stop suffering and start expressing what we feel when our emotions demand it. We’ll feel much better.

Emotional Intelligence Is Key to Success
A positive emotional intelligence could be the key to achieving what we really dream about. Read more »

Psychology
Intrinsic Motivation - The Chance To Enjoy Your Time

As humans we're naturally curious. We seek out feelings, and have goals and objectives. We all have motivation somewhere inside us,…

Psychology
Collective Narcissism: A Virus That Is Spreading

Collective narcissism has turned into a virus. After all, it infects and spreads easily. And this need for one's group to…

In love, as in all facets of our lives, we are always growing. We take notes on different experiences, both…

Psychology isn't the way it used to be. Doubts about its scientific integrity have been buried after years of research. Psychology…