3 Memorable Women in the Arts 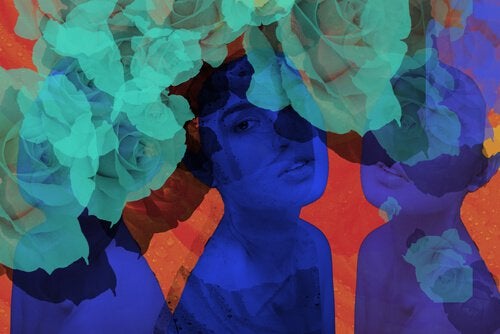 In current times, females often find themselves in a constant struggle for their own identity and for reconciling various and different roles they must take on in their lives.

This struggle would be more inspiring if, in present day society, the female icons and women of leadership in all spheres of society were brimming with talent, authenticity, and serenity.

Unfortunately, this is not always the case. The more accessible “role models” of today’s world are not always exactly the most ideal.

Considering this, it can be beneficial to look back through history and find inspiration in some of the women who left a legacy and a distinct mark on the collective imagination of society through their talent, their character, and their determination.

These women dedicated themselves to being who they truly are and did not spend time trying to impress others. In this way they left a much more profound impression on the world than those who constantly pretend.

In this article, we will look at the lives of three different women who all succeeded in leaving a powerful and unique legacy.

Greta Garbo is the absolute myth of the seventh art and a style icon that transcends generations. However, when she first started out, it was anything but easy.

She was born into an extremely poor family in Sweden, which led her to see at a very early age the need to work hard and do what one can. When she was just 14 years old, she became the face of several large department stores. After that, it did not take long for offers from Hollywood to arrive. She seized these opportunities, but always rejected the notion of allowing her private life to become commercialized.

She was a model of discretion and professionalism, and always made an effort to be a good actress (she first started in silent films). She never gave in to million-dollar offers for exclusive interviews about her private life.

Greta Garbo lived the mantra “be for yourself, and not for others”.

She retired at the age of 36 and lived alone for the rest of her life, simply because she wanted it that way. She invested her fortune in prosperous businesses.

She was a great lover of nature, peace, and her family. She passed away in New York at the age of 84, leaving a legacy of knowing how to be oneself, and of unequalled mystery.

She is a perfect example of how good education and loyalty to oneself starting from an early age can also have a place in the world of drama.

This renowned Mexican artist is an authentic legend for her works of art, her passionate personality, her internal world and unique perspective. Luckily for both us and her, she was able to express these complexities through her art.

Her life was marked by interminable physical suffering. As a child, she was stricken with polio. This disease left her with intense pain, and with one leg thinner and weaker than the other. Fate dealt her another blow when she was in a car accident at the age of 18 that would affect her for the rest of her life.

In the accident, the bus on which she was traveling crashed. An iron bar was dislodged from the structure of the bus and went through her entire pelvis.

The result was devastating: her back bone was fractured in three pieces, her right leg broke in eleven places, and her right foot and left shoulder were both dislocated. She was also partially impaled through the left hip by a railing.

This accident caused Frida to be bedridden for a very long time, and caused her to suffer extreme pain. She underwent 30 surgeries and lived in a plaster cast corset.

Propped up in bed, she chose to express her pain through painting and writing. There were times she was well enough to leave her bed, and she experienced passionate romances. Most famous of these romances was that with Diego Rivera, who became her husband. The couple tried but was not able to have children, something which became a great sadness for both of them.

All of Frida’s love and frustration was expressed in her art with such sensitivity that it became known as a worldwide symbol of the wonderful expression of pain in art.

She died at age 47, and with each year that passes her legacy, both human and artistic, seem to be more and more relevant on a global scale. Undoubtedly, art is a way to make oneself immortal.

Maria Callas was a soprano of Greek origin who became the most influential opera singer of the 20th century.

Her parents were Greek immigrants living in New York, where they settled down and were able to lead a comfortable life. Her father was a pharmacist, and was able to run a profitable business.

When her parents divorced, Maria returned to Greece with her mother, with whom she did not have a very good relationship. Later, Maria stated that her mother had played a key role in the weakening some aspects of her self-esteem. She called her fat and ugly, and continuously compared her to her sister.

Still, her career skyrocketed but Maria no longer wanted to just sing in shows on stage that were certain to be successful. She wanted to sing in shows that communicated something more, that had a deeper message.

She often commented on how she rejected roles that meant instant fame for the women who played them. She trusted her instinct, and continued building her individuality. She ended up having an enviable and successful career thanks to always being guided by her own standards and her own judgement. She was given the nickname “La Divina.”

Composer and director Kurt Pahlen defined her art as “…her singing is like an open wound, that bleeds its life forces passionately…as if she were the memory of the pain of the world…”.

When she met the Greek tycoon Aristotle Onassis, she left her husband and proceeded to cause serious stir in the media. Before she and Onassis crossed paths, her voice had been getting worse, she had lost a great deal, and when she and Onassis split, the problems with her vocal chords became worse.

Onassis tried to get her back on many different occasions, but Maria had a very strong character. She never forgave him for leaving her for Jacqueline Kennedy, although she remained in love with him.

When Onassis was dying, in the last few days of his life he asked that Maria be with him, and finally she remained by his side until the end.

Maria was always a sensitive and insecure woman, but possessed a surprising determination and character at the same time.

She died at age 53 from a heart attack, although a theory of suicide by tranquilizers has not been discarded. It may be that both the sensitive and insecure Maria and the legendary “La Divina” chose to rest eternally in Paris, after a life of light and shadow, but also of real and pure emotion.

She lived alone in the last chapter of her life, and died alone: “The worst sadness is that which does not have any witnesses”.

Link copied!
Interesting Articles
Culture
She Will Always Be My Superhero

Let me tell you a story of overcoming adversity, and of admiration. Not everybody knows how to get up when…

Contrary to popular belief, Hallmark didn't invent Valentine's Day to sell more products. Behind all the marketing, presents, trips, and…

Culture
The Importance of Emotional Intelligence in Teachers

Teachers who reprimand their students, who lack empathy, who punish them instead of saying "I'm here if you need help", and…

Culture
What is Feedback? Learn to Boost Motivation

Feedback is more than the information that comes from others about how we're doing our work. Its purpose is (or…

Interesting Articles
Social Psychology
The MUM Effect: What Is it and How Does it Affect Us?