3 Lessons we Forget over the Years 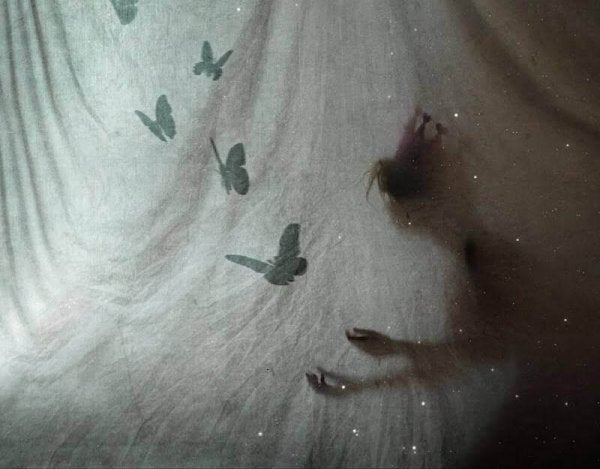 Oblivion is a curious phenomenon. It’s often anarchic, capricious, and almost always faithful to a review, as we learned well during our student years. It’s also faithful to those memories we keep within, charged with emotion. It can be the memory of one particular occasion, like the first time we went to the circus. Or it may be the memory of several occasions, of all those bedtime stories we were told with affection and patience. Because there is nothing that makes us dream more beautifully than a good story.

Time goes by and our grandparents look with concern, but not without joy, at our attempts to outgrow their reach. They see us small, but at the same time, they imagine us as giants. So they search throughout the house, looking for a pencil to mark on the wall the proof that today we are a little bit taller than we were yesterday.

On our way towards heaven, we learn that patience usually has more rewards than our impulses. We learn that life can be very beautiful, but that it also keeps surprises hidden around every corner. We see how the sky gets cloudy, it rains, and then the sun shines again. Also, we appreciate how nature is a matter of cycles and realize that many of the processes we go through work the same way. We discover that kings don’t exist, that they are parents, and that parents fail and make mistakes. But we will rarely find something as perfect as their way of loving us.

But we not only learn, but we also start to forget important ideas. So, if you feel like it, let’s delve a little bit more into the land of oblivion. Let’s see what we can find!

We forget to negotiate

The second weapon is to insist. You said no? Well, I’ll show you the greatest puppy dog eyes you’ve ever seen. You’re still saying no? Surely you didn’t take a good look at my face. Look at me! Are you still with that attitude, eh? Well, then it’s time to make you an offer. If you give me what I want now, I promise I’ll be good all day long. No results yet? Well, you’ll see, I’ll stay here, standing, in the middle of the street, until we treat this issue with the seriousness it deserves.

Okay, now you’re starting to get nervous. You don’t like this situation. I want you to know that I don’t like not having what I want either. If you try to pull me and make me walk, I will resist and start using strategies which you wouldn’t use, like throwing myself on the floor. You are already very nervous because everyone is looking at us. Okay, okay, if you threaten me with not going to the park this afternoon, I’ll get up. But first, listen to me, you didn’t give me what I wanted now, but you promise we’ll go this afternoon, right? Along with my puppy dog eyes, of course.

As adults, we tend to lose that natural inclination to insist. Especially when the negative response is given to us by other people and not by reality. Sometimes fear and other times comfort serve as obstacles and make us settle for the answer we already have. They make us send our desires off to the land of oblivion.

We forget to ask when we don’t know something

As we grow up, we build an image of ourselves. We don’t know with certainty how others see us, but we can intuit it. On the other hand, there are certain attributes which we wouldn’t like to include in the image we project. We are not liars or manipulators. We are not arrogant. Of course, we are not ignorant either. Or at least, we are no more ignorant than other people.

Although our attitude seems to be the multiplying factor of knowledge and social support in our lives, there was a not too distant past in which knowledge itself was the most important thing. For example, knowledge was the one thing to take into consideration for a company when it came to hiring. So, it was not a good idea to seem ignorant.

What do children do? They ask more, and more, and more questions. No matter if the subject is delicate, interesting, or trivial. They want to know how, why, for what reason, where is the origin of it, or what consequences it will have.  Just like we do at the bottom of our hearts, they assume they don’t know much. But unlike us, they don’t understand how questions can affect the clarity of their image. For them, the fascination for knowledge weighs more than their appearance. A fascination which adults usually forget about.

We forget to say what we think

It’s nine o’clock. We are about to arrive and our legs tremble a little bit. What will they be like? Will they like us?  We should have put on better clothes. Let’s take a deep breath. One, two, three…

The door opens and the mother of the bride is the one who opens it. She smiles at us, we smile back at her. She invites us to come in and we try not to trip on the doormat. Some polite questions are asked and before we realize it, after a couple of stumbles, we are faced with a dish we don’t like. We don’t like it, not even one little bit. However, who would dare refuse when it’s “the specialty of the house”. A dish which the chef prepares so very well. We close our eyes and eat it.

The same situation occurs on our second visit. And this time we get a double portion. And just like this particular situation, there are many other situations in life in which we really have a hard time trying not to seem impolite. Just because we are afraid of offending others.

A child hardly tolerates a situation they don’t like. They don’t relegate what they think to the land of oblivion, they don’t forget their opinions. The natural evolution into adult life would be to express this same behavior, but with greater self-control, possibly thanks to the evolution of the frontal cortex and the assimilation of certain social norms. This means, watching out to not offend anyone.

We forget to seek new experiences

Those first times not only bring the excitement of experiencing them but also nourish the imagination by fantasizing about them before they happen. We will seldom see a child pass the opportunity to try something new just because they are tired. A child’s curiosity is much more powerful than the coziness of staying with what they already know. Moreover, it’s true that children are afraid of change, but it’s also true that they experience them with passion. Only on rare occasions do they put themselves in real danger.

The precious land of oblivion where you forget your values

In this sense, we also forget that today is better than tomorrow when it comes to good things. This is an idea we usually remember suddenly when awareness of the finitude of life hits us in the face. We see this in people who have been close to dying. They become very childish in this sense. They recover that urgency not only for obligations but for dreams as well.

In addition, we can say that children are good when it comes to talking openly about what they admire in others. They are not worried about acknowledging that they aren’t capable of doing something. Nor are they afraid of declaring that someone does something better than they can. Of course, anticipating their growth and saying that they will also improve their performance in the future. Finally, we can say that most children have an inexhaustible faith in their own potential. They have no reason to stop thinking that they can become what they admire. No reason to renounce what they want.

Forget It or Learn to Live With It
Can we really forget what has hurt us? Do we forget, or do we just learn to put it somewhere else so we can live without pain? Read more »
Link copied!
Interesting Articles
Psychology
Uses and Side-Effects of Lexatin

Lexatin is a drug derived from benzodiazepines and is usually prescribed to treat severe anxiety. It reduces tension and nervousness. In higher…

Arie Kruglanski is a professor at the University of Maryland. Despite the fact that he was born in Poland, he…

Interestingly, one of the most beautiful things the great queen of suspense Agatha Christie has said doesn't have anything to do…

Psychology
Living For Others Without Thinking About Yourself

If we wanted to count all the thoughts that go through our heads over the course of one day, it…