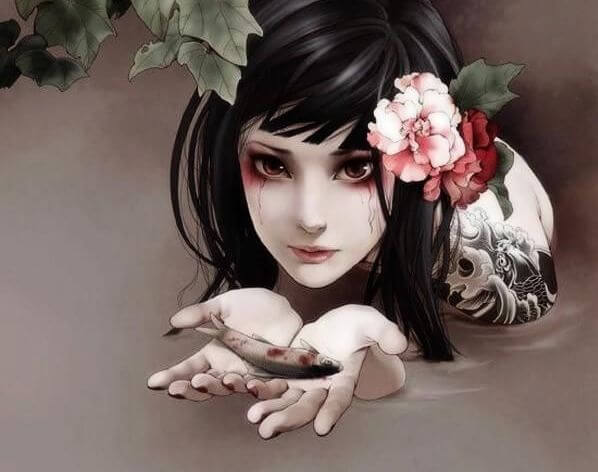 “Lying is easy. I’ve been doing it for more than 50 years and it is extremely easy if you know how to do it.” James Randi, one of the best magicians in history was quoted in one of his interviews. However, knowing how to tell a lie and have it pass for truth is not a simple task. Especially because our mind is often uncomfortable with betraying one of the features that most of us would like to treasure: honesty.

On the other hand, when someone tells a lie and we catch them, it is likely that we feel small and vulnerable. They make us distrust the world and make us create a protective shell that breaks us inside. Because of this, we may lose the opportunity to enjoy good times with great people by doubting everything that they tell us.

At the University of Los Angeles in 2004, a study found that even the most honest people lie several times a day when carrying out daily habits. Further, almost all of us lie, without saying the information that is being hidden. It is more accepted and subtle form of lying.

“A lie would be meaningless if the truth were not perceived as dangerous.”

Within personal relationships experts agree that prevention is one of the keys. But what happens when we have already become professional liars? The only way to prevent a person from continuing to lie is by setting firm consequences that make the subject in question stop deceiving.

To do this, prior to establishing such consequences, the prerequisite is to find out who’s lying. Today, many social studies offer us tools and signs to carry it out. Knowing the characteristics that point out a liar represents the key to preventing them.

To begin, we will highlight one of the main features of those who hide information or alter the truth and is constantly on the defensive. Because of that, they are reluctant to collaborate and give explanations to avoiding to be seen as transparent and sincere. To continue, if you join us, we will delve a little deeper into this topic.

It is customary that when hiding certain information, we block ourselves both internally and externally and our gestures begin to look unnatural. Thus, people who know us, even though they don’t know how to say why, often have the feeling that something is wrong. It is the fact that they are suspicious of our words or attribute it to another causes depends on many factors, from our “fame” to the fact that what we say is more or less plausible.

Thus, good and skilled liars have somehow learned to control their body language or, if they feel they are unable to do so, they use other means (a call, an email, a note…) to avoid starting suspicions.

However, those with less skill usually employ a forced unnatural expression and avoid sitting in front of those who ask them and adopt a defensive position anyway. In their mind they imagine many ways in which they can get caught and therefore feel obliged to be ready to try to prevent this from happening.

When we lie, the use of vague words makes us distance ourselves from the facts. In addition, this lack of detail is intended to make it difficult for someone to conscientiously investigate what we have lied about. On the other hand, it prevents a fortuitous coincidence that raises suspicion contradiction from appearing. Finally, the fact of not giving details forces us to store less information in our memory.

It is true that everyone, even the most sincere people, make mistakes and inaccuracies. But it is clear that if we ask for explanations we will not mind giving them if necessary. On the contrary, when we encounter a person who lies, this person will do everything possible not to give explanations. It is customary for them to block themselves. Even when the information comes out they will try to quickly correct it.

“The spirit naturally creates and the will naturally loves; so that, in the absence of real objects, it must adhere to the false “.

The Power of Self-Deception

How can a person know and not know information at the same time? How do we avoid realizing things? Sometimes it seems like… More »

Psychology
The Forest Test and its Place in Psychoanalysis

Hindrances and annoyances that take away our happiness, entrenched fears, values ​​that govern our choices and behavior. The forest test…

I'm a strong person, one of those people who life has bitten more than once. But I like having someone…

Cognitive psychology has taught us that how we think about what happens to us affects the way we feel. In scientific…