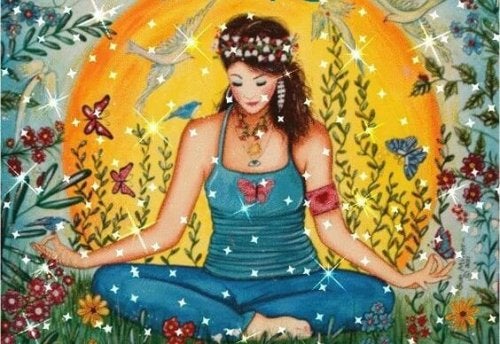 It’s always nice to have a good selection of quotes against violence because it causes a lot of damage. It has existed since the very beginning of time. In fact, the world has never lived a single day of peace.

The worst part of all is that, although there are many quotes against violence, there are also many others promoting it. Violent people invent excuses to justify what they do. In fact, most violent people believe they have several reasons to support their behavior. They go as far as thinking that violence is logical and justified due to the circumstances they have to face. They think that maybe others would do the same.

All of these quotes aren’t just there to entertain us. They should help us reflect on our own way of acting. Do we promote peace in our day-to-day lives or do we promote violence, either consciously or unconsciously? Think about it.

“Education is the vaccine for violence.”

Quotes against violence to reflect on

One of the most beautiful quotes against violence was written by the wonderful Isaac Asimov. It says: “Violence is the last refuge of the incompetent”. This is quite the affirmation. It tells us that there are only limitations behind violence.

Antonio ”Forges” Fraguas, a Spanish graphic humorist, pointed out something similar but gave it a more specific meaning. He said: “Violence is fear of others’ ideas and little faith in our own”. This goes hand in hand with Asimov’s quote but adds an important element: fear. Violence manifests as a rejection of other people and low self-esteem.

The direct source of violence isn’t always fear or limitation. Sometimes it comes from resentment and frustration. We find this idea is one of Marshall Rosenberg’s best quotes against violence. It reads: “All violence is the result of people tricking themselves into believing that their pain derives from other people and that, consequently, those people deserve to be punished.”

On the other hand, Peter Kreeft pointed out: “Violence is spiritual junk food and boredom is spiritual anorexia”. By saying that violence is like junk food, he implies that it generates a satisfaction that, in the end, causes damage.

On the effects of violence

One of the most worrisome aspects about violence is that it generates a chain of unpredictable but negative consequences, mainly for those who are violent. This is very well expressed in this Renny Yagosesky quote: “Violence in an uncontrollable animal, which usually ends up attacking its own master”.

Martin Luther King was a great pacifist. And one of his awesome quotes against violence is:“Violence brings only temporary victories; violence, by creating many more social problems than it solves, never brings permanent peace”. It refers to that nefarious chain of consequences that happen after a violent act,  those chains of anger and resentment that never end.

In the same sense, Gandhi pointed out: “Victory attained by violence is tantamount to a defeat for it is momentary”. History proves this. Sometimes a person or a group is violent to others and ends up getting what they want. However, as time goes on, they usually end up being victims of violence as well.

Some violent manifestations to eradicate

One of the most concerning types of violence is the one that happens within families. It affects its members deeply since it makes them feel threatened in their own homes. Its consequences are devastating. In this regard, Luis Rojas Marcos, a psychiatrist, said: “This irrational desire for control, domination, and power over the other person is the main force that fuels domestic violence between couples.”

Another form of daily violence is the one practiced against animals. There are still many people who don’t understand that everyone deserves respect, especially the most vulnerable beings. This is a quote against animal violence that we need to keep in mind: “It’s necessary to reject the idea that the world was made for man. It was not made for man more than for lions, eagles, or dolphins”. (Celso)

Finally, we can’t forget that violence is one thing and the firm fight against injustice or unacceptable acts is another thing. In that sense, Elie Wiesel said: “In the face of atrocities we must take sides. Silence stimulates the executioner”. He refers to the fact that non-violence isn’t passivity, it’s choosing not to resort to aggression. That is, ultimately, the goal of all pacifists who shed light on the subject.

Violence Within the Family
It is becoming more common to hear about the different types of violence within a family: domestic and gender-based violence and even child abuse. Read more »
Link copied!
Interesting Articles
Culture
Five Common Misconceptions Parents Have about Raising Children

Stories and Reflections
Mrs. Edison and Her Son, a Beautiful True Story

This is a true story that took place in a small town in New York State, in Chenango County. On…

Cinema is more than just a fun day out – it can also be a valuable educational and training resource.…