Your Criticisms Are a Mirror for your Limitations 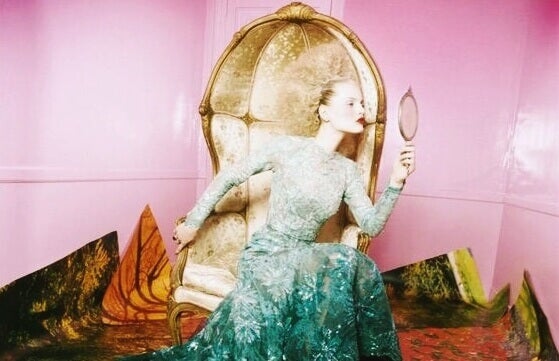 The limitations and chains you encounter along your way are very often self-imposed. The frustration this makes you feel and the fact that you don’t want to accept harsh reality shows up instead as criticisms of other people.

But why would you want to slow yourself down? Because of fear, especially fear of all the beliefs you cling tightly to, and that you’ve never wanted or known how to question. And yet all this just ends up impacting your life by bringing problems. You can find the solution to all those problems inside yourself.

The parable of the two monks

We’re going to think about these limitations we give ourselves by looking at the parable of the two monks. This  has a very deep lesson. It will help you see all these criticisms you have of other people in a new light.

“There were once two Zen monks, Tanzan and Ekido, who were returning to their monastery after a long journey. It had rained the day before, and the path was full of mud. When they passed by a small village, they encountered a young woman dressed in an elegant golden kimono.

To continue on her way, the young woman would have to cross a huge pond. She didn’t know what to about this obstacle, because she thought about how she would ruin her kimono if it got wet and her mother would punish her harshly. Without hesitating even a second, Tanzan approached the young woman and offered his help. He carried her on his back to the other side of the pond. Then both monks continued on their way.

When they arrived at the monastery, Ekido, who had seemed uncomfortable during the rest of the journey, roughly commented to his companion:

“Why did you carry that young woman in your arms? You know our vows don’t allow it!

Tanzan didn’t get upset, but looked at his travel companion and responded with a smile:

“I stopped holding onto that young woman hours ago, but you’re still carrying her on your back.”

“If you argue for your limitations they are yours.”

Even though Tanzan did something good, the sense of duty and everything other people told them they shouldn’t do weighed heavier on his companion. He didn’t say anything until a few hours had passed.

This will help you reflect on how all of this is related to brooding thoughts. These are those you turn over and over in your mind, that don’t do anything productive for you. Ekido’s criticism showed a conflict that he had in his mind. He was limiting himself when it came to doing what he probably immediately thought about: helping the young woman.

Great lessons to get rid of your limitations

Have you ever criticized someone for not dressing the right way? Then a part of you didn’t want to criticize them because maybe you didn´t feel comfortable with the clothes you’re wearing. Sometimes we don’t realize our criticisms reflect a limitation we’ve given ourselves. No matter what the rules are, or what’s “acceptable,” we always have the final say.

To get rid of your limitations and start seeing criticisms as a way of seeing parts of yourself that you can’t always detect, it’s important to think about the present. If you want to do something or act in a certain way, don’t think about whether it will be okay with other people. Don’t doubt yourself.

Think positively and you’ll be free of the situation, just like Tanzan was. Because if you stop to listen to your own limitations you’ll end up putting yourself under pressure. This will only start to weigh on you more and more when similar situations happen.

It’s also important to learn to question your beliefs. The thing is that you think they’ll make you a better person if you follow them to the letter. But actions have more weight. Having very rigid beliefs will prevent you from acting freely and in the moment. You’ll create barriers, limit yourself, and you won’t feel good at all.

Stop asking yourself questions like: “should I or could I do it?”
Start asking the question: “do I want to do it?”

Criticisms are not a bad thing

Your beliefs are there for you to question them. Criticisms are there to help you see parts of yourself you aren’t familiar with, through other people. All this isn’t an opportunity to deny the things you don’t want to accept, it’s a chance to learn and grow. We all have limitations, but we give most of them to ourselves. We get stuck in our thoughts, instead of acting however we want to in the moment.

A Better Life Will Open Up Only if You Believe You Deserve It
When you understand and internalize the idea that you deserve to be happy, a better life opens up. Nothing can stop us when we see that we deserve joy. Read more »
Link copied!
Interesting Articles
Educational Psychology
I Can't Stand It When My Child Throws a Tantrum

"I can't stand it when my child throws a tantrum" is a common statement parents say in family therapy consultations.…

Psychology
Shy Does Not Mean Boring

Most of us have probably been shy at some point in our lives. But shyness is not a disease or a particularly huge problem in most cases. Shyness is more like a shield…

Psychology
5 Reasons Why Psychotherapy May Fail

Psychotherapy fails for different reasons, but that failure is always relative. The simple fact of having started the process is positive.…

Psychology
Where Willpower Comes From

Although "willpower" is an expression we all use without noticing, the truth is that it is a concept that faces much controversy. Philosophers, particularly Aristotle, have traditionally argued that it stems from…