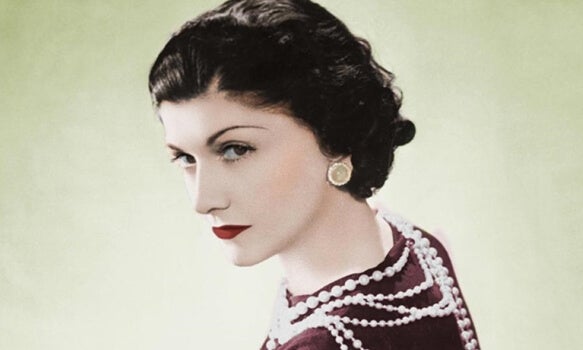 Coco Chanel’s lessons are much more than an inventory of fashion and beauty tips. The famous French designer, founder of the Chanel brand, symbolized a true before and after in the way people saw fashion, but also how people saw women. A lot of the clothes people wear nowadays still have her traces on them.

Coco Chanel understood that women weren’t just mannequins to hang accessories, jewels, and all kinds of decorative clothing on. What she always tried to do was offer a kind of clothing that would let women feel comfortable without losing on elegance.

Coco Chanel’s lessons go into things like beauty, moderation, and elegance. There’s always a message for women hiding between the lines in her quotes. That message is about making space for interior beauty, character, and style. Obviously we have a lot to learn from her.

One of Coco Chanel’s best lessons on elegance comes from a solemn saying, “Elegance is refusal.” What she meant by that is that elegance isn’t defined by abundance. It’s actually the opposite: elegance comes from moderation. That’s why it’s a choice: knowing how to refuse anything unnecessary.

The French designer also associated elegance with character. That’s why she said, “Elegance is not the prerogative of those who have just escaped from adolescence, but of those who have already taken possession of their future.” So she was suggesting that the fact of being elegant means being in control of yourself and your life.

Another one of Coco Chanel’s lessons comes from a very nice saying. She said: “Adornment, what a science! Beauty, what a weapon! Modesty, what elegance!” This says it all about fashion, when you see it as an aesthetic act and not an act of consumption.

There was nothing frivolous about the French designer. Most of Coco Chanel’s lessons invite us to look past appearances. In fact, she said it really firmly with this, “It’s  not  the  appearance, it’s the essence. It’s not the money, it’s the education. It’s not the clothes, it’s the class.”

She also confirmed it with this statement, “Look for the woman in the dress. If there is no woman, there is no dress.” In both of these sayings she meant that no woman changes or improves because of what she’s wearing, or what you can see. The secret of her beauty and elegance is in who she is.

That’s why it’s not surprising that one of Coco Chanel’s other lessons said this, “A woman doesn’t have to be beautiful, she has to believe she is.” Beauty, a nice appearance, and what we offer to the five senses is mostly in our minds. You can only project it outward once you’ve internalized it.

Some of Coco Chanel’s lessons are for the women who find the best weapons to deal with the world in their femininity. For example, she said with her characteristic sense of humor: “Keep your heels, head, and standards high.” To her, interior virtue always expresses itself through clothing and attitude.

This designer understood feminine codes, and she tried to get the most out of them in every kind of situation. In this saying, for example, she said, “If you’re sad, add more lipstick and attack.” She’s hinting at the fact that external appearances bring internal changes. Personal tidiness helps you feel more secure when it comes to chasing after what you want.

Lastly, here’s one of the lessons that defines this extraordinary woman the best. “Fashion fades, only style remains the same.” It’s a very interesting statement, just like all of hers. She makes the act of dressing yourself a more intelligent, clever one. There’s no doubt that Coco Chanel’s huge success wasn’t just because of her ability to make clothes. It was also because of her ability to capture the essence of the feminine spirit.

When you're a parent, keeping your kids safe is always a top priority. Even when they know it's impossible, a lot of…

Psychology
Tips to Teach Children How to Think

A controversial article was recently published stating that nearly 90% of the world's population didn't know how to think. This statement…

Psychology
True Failure Is When You Stop Trying

Psychology
I Can't Do it All, I'm Tired of Being Tired