Zelda Fitzgerald's husband is one of the most famous and celebrated American writers, but not many people know about her tumultuous and tragic life. She was a role model for feminists of her day and an author and artist in her own right. 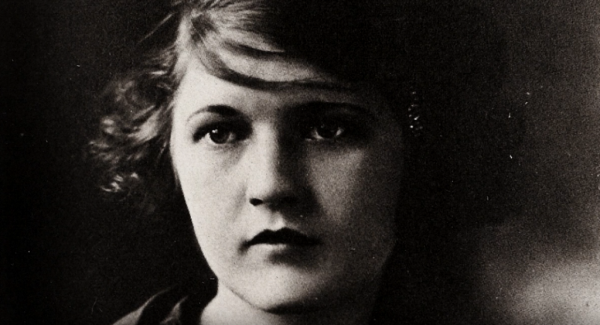 Zelda Fitzgerald is known as the imbalanced or “crazy” wife of the famous American writer F. Scott Fitzgerald. She was also one of the first flappers of the tumultuous 1920s in the United States. This revolution allowed women to try new styles and ways of life.

These women cast off their corsets, cut their hair, and shortened their skirts. Flappers smoked and drank in public, went to jazz clubs, and drove their own cars. It was a turning point in history, as women took on new roles in society.

This generation of women aspired to have their own professional careers and wanted to be more than housewives and mothers. Zelda Fitzgerald was a role model for women at that time and her life is a reflection of their deepest wishes and desires. She’s also an example of the consequences of trying to live a different kind of life in an intolerant society.

Who was Zelda Fitzgerald?

Zelda Fitzgerald was born in Alabama, Georgia, in 1900. The daughter of a strict and traditional southern father, Zelda was a happy and extroverted young woman. She was a rebel and strayed from the traditional female roles of her small town. At a party, she met a young, pleasure-seeking literary prodigy, who would go on to become one of the most famous writers in the United States. The young man was Francis Scott Fitzgerald.

At that time, F. Scott Fitzgerald was working on his first novel, whose main character was inspired by Zelda. When he published the book, it became an overwhelming success, and Zelda traveled to New York at the age of 18 to marry the young author.

The couple quickly became famous. They were fashionable, rich, and ready to take on the world. F. Scott Fitzgerald continued writing, motivated by his muse. Personal letters from Zelda and her diary were sources of constant inspiration for his books. He also drew from their shared experiences and conversations.

Zelda Fitzgerald wrote autobiographical material, but editors rejected her work because they thought she was plagiarizing her husband. Her husband, for his part, didn’t want his wife to be anything but his muse. He didn’t let Zelda write about her life because it was the inspiration for his writing.

This was a serious point of contention and the cause of numerous, violent arguments. By then, F. Scott Fitzgerald had become an alcoholic, was often unfaithful to his wife, and spent more than he earned.

The couple decided to move to France, where they kept up their frenzied social life and rubbed elbows with many of the intellectuals of the so-called “lost generation”. Zelda tried to keep writing in France. She also started to paint and train as a professional ballerina. She fell in love with a French pilot and asked her husband for a divorce. His response was to lock her in the house until she changed her mind, which was most likely the trigger for her first suicide attempt.

After this, Zelda’s life became even more difficult. F. Scott Fitzgerald never missed an opportunity to humiliate her publicly and make her life impossible. He brought his lovers home for dinner with his wife and his daughter, and his strange and special friendship with Ernest Hemingway complicated things even further.

After she failed to become a ballerina, Zelda became seriously depressed. She managed to publish her book, Save Me the Waltz, which infuriated her husband. He accused her of using biographical material that he was saving for his own book and sent her to an expensive mental hospital where doctors diagnosed her with schizophrenia. While Zelda was there, they subjected her to the new and novel electroshock treatment on more than one occasion.

She was never the same after that. Her husband kept her there for years. After she left that institution, she was in and out of mental hospitals until the day she died.

Many doctors and biographers argue that Zelda never had schizophrenia. Some discuss the possibility of bipolar disorder, while others think she actually suffered from borderline personality disorder. Whatever the case, her life with her alcoholic and unfaithful husband, the pressure of being famous, and her professional career cut short by her husband were the likely reasons behind her emotional instability.

It seems that what society labeled genius and eccentric among male artists was labeled mental illness in women. Brilliant women such as author Sylvia Plath, surrealist painters Dora Maar and Leonora Carrington, and sculptor Niki de Saint Phalle were also diagnosed with mental illnesses and treated with electroshock therapy.

Society also institutionalized many women at the slightest sign of emotional instability. Thousands of educated and intelligent American housewives suffered from depression because society didn’t allow them to have careers or break out of their traditional roles. The strict gender roles and expectations of the time limited them to one type of life.

Doctors often diagnosed mild panic attacks or the smallest act of rebellion as neurosis, psychosis, or schizophrenia. The favorite treatment of the time was electroshock therapy. If these women were lucky, they got to return home to their families, meek and submissive. Many of them weren’t even able to remember who they were or recognize their own children. Today, many people want to ban this kind of therapy (electroconvulsive therapy, or ECT). However, many experts still advocate for its use.

Margaret Floy Washburn: The First Woman Psychologist
Margaret Floy Washburn was one of the pioneers of Psychology, and yet in her day women weren't allowed to be admitted into University. Read more »
Link copied!
Interesting Articles
Biographies
Sandro Botticelli: Biography and Metamorphosis of the Soul