One Flew Over the Cuckoo's Nest: Freedom and Madness 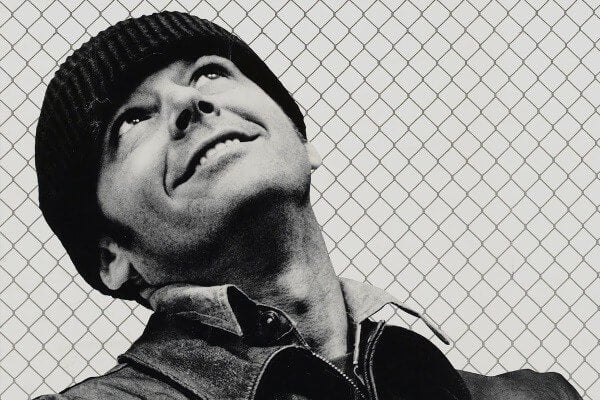 Today we’ll be talking about the late Milos Forman, a director of great films such as One Flew Over the Cuckoo’s Nest (1975).  Directed by Forman and inspired by Ken Kesey’s novel, One Flew Over the Cuckoo’s Nest is one of those movies that has gone down in film history as a classic. It gave us scenes that other shows and movies frequently refer to. This film highlights Nicholson’s unforgettable performance.

One Flew Over the Cuckoo’s Nest won five Oscars and brought us Randle McMurphy, a man who faces a prison sentence. He tries to evade the sentence by coming off as crazy. As a result, he’s admitted into a psychiatric hospital where he’ll be evaluated and live with the rest of the patients.

Nurse Ratched works there. She’s the film’s main antagonist and is an intransigent woman who treats patients with arrogance. McMurphy will be a breath of fresh air for the rest of the patients. He begins to awaken their desire for freedom, and this eventually causes many confrontations with Nurse Ratched.

One Flew Over the Cuckoo’s Nest is a statement against asylums and mental institutions. It criticizes how others have treated “crazy people” throughout history. In addition, the movie shows us how we should all perceive our own freedom.

The crazy ones in One Flew Over the Cuckoo’s Nest

Who are the crazy people? The answer may seem simple, but if we look at the story, we’ll see that the idea has changed over time. Social norms, medical advances, science, and other fields have profoundly influenced our conception of madness. At one time, professionals considered it as a mental illness, but ideas of madness have since changed.

Crazy people haven’t always been the same and they haven’t always been excluded in the same way. Sometimes professionals tried to “heal” them by forcing them into treatments such as lobotomies. In other cases, professionals have “treated” some patients until they died. Everything that lies outside of the “normal” realm may be persecuted. This happened in the Middle Ages with witchcraft or with some diseases such as leprosy. The history of madness in the classic era is something Foucault found particularly interesting.

Foucault warned that he tried to reconvert madmen and “train” them to be normal. How did he achieve this? He did so by using authority and treatments where he simply annulled the patient and made them into a submissive person. This is precisely what we see in One Flew Over the Cuckoo’s Nest when McMurphy, who isn’t crazy, arrives at the asylum and sees a group of people acting strangely.

The nurse plays with the patients’ fear. We see this in Billy’s case especially. He’s an insecure, stuttering young man who has tried to commit suicide several times. Ratched is a friend of Billy’s mother and, when he does something he shouldn’t, she reminds him that she’s going to tell his mother. The patients obey without question. They’re afraid of the electroshocks and lobotomies they could be subjected to if they don’t obey the nurse.

McMurphy refuses to obey since he’s not a submissive person. Rather, he seeks freedom. It’s interesting how this character begins to awaken the same feelings in the rest of the patients. He manages to get these people, who had been totally manipulated, to wake up from that state and face Nurse Ratched.

Nurse Ratched feels threatened and will do anything in her power so that McMurphy doesn’t get away with his plans. Ratched is considered sane. Nevertheless, she imposes her will on her patients. She pressures, torments, and manipulates them to behave like “normal people”, submissive without any critical capacity.

From this moment on, the article contains spoilers. So if you haven’t seen the movie and don’t want to know how it ends, stop reading. In the midst of all this “madness”, we can’t forget that the patients are people who have feelings, desires, and feel pain. Nurse Ratched has played her role so well that she has an entire army of “crazy people” under her control.

The film’s title is interesting. A cuckoo’s nest is a contemptuous name for an insane asylum. On the other hand, it alludes to a children’s rhyme mentioned in the novel: “Three geese in a flock. One flew east, one flew west, one flew over the cuckoo’s nest”. This implies that each individual has their own path in life.

If we look at the last meaning, we realize that this kind of destiny if the form of a triad is also present in the film. Freedom is the engine that drives McMurphy. This drive for freedom pushes him to challenge the institution’s rules. However, it also creates solidarity between the rest of the patients and drives them to freedom as well.

McMurphy takes steps in order to free the rest of the patients. First, he proposes they be allowed to watch a baseball game. He also proposes a party. McMurphy feels sorry for Billy’s weakness because he’s so young and has barely lived. He also makes a connection with the Indian chief, an enigmatic and solitary character.

Coming back to the idea of the triad, we see that there are three characters that achieve freedom. Billy, McMurphy, and the Indian chief are the three geese in the rhyme. The first is a young man full of insecurities and problems with his mother. Ratched knows this and has used it as blackmail. McMurphy reawakens them and gives Billy a chance to have fun with a woman. When Billy is found out, he faces two choices. He can fear the consequences or feel happiness for himself and his companions. However, Billy can’t bear this pressure from Ratched and this makes him commit suicide. After death, he reaches freedom in another way.

The doctors condemn McMurphy for having disobeyed. He’s lobotomized and is in a vegetative state without any freedom. That’s why the chief, who has passed himself off as a deaf-mute for years, sympathizes with him and kills him as a liberation. He does this as a favor for having freed him and opened his eyes. The chief is the character who achieves a non-metaphoric freedom since he’s the only one to escape from the asylum.

McMurphy managed to get patients out of that platonic cavern Ratched locked them in. The final scene of the Indian chief running to freedom is refreshing and hopeful.

“I must be crazy to be in a madhouse like this.”

-One Flew Over the Cuckoo’s Nest-

Seeing a Psychologist Doesn’t Make You Crazy
I go to a psychologist and I'm not crazy. Besides, crazy is a discrediting figurative label that should never be used to refer to people with mental Read more »
Link copied!
Interesting Articles
Cinema, Television, and Psychology
Annie Wilkes: Love and Obsession

Psychological disorders affect a great percentage of the world's population: about 450 million people suffer from them, meaning that one in four…

Health
How Menopause Affects Your Mood