You Don't Want to Kill Me - A Story About Empathy

Look me in the eye and tell me if I really have to die. How does it feel to know you're going to kill me? I know you don't want to. Make this a story about empathy. It's up to you to rewrite this ending. 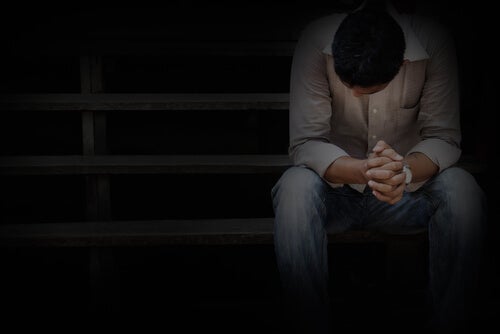 Look me in the eye and tell me if I really have to die. You know you don’t want to kill me. You could use your work as an executioner to write a story about the empathy you feel right now. When you read it in a few years, I’m sure you’ll be surprised.

I imagine you know what empathy is. Yes, I’m sure you do. Try to put yourself in my shoes and try to imagine what someone who’s about to die might feel.

Come on, dig deep, imagine that I could be your brother, that you could be me. What could justify my death? You’re pointing a shotgun at me that isn’t even yours.

Do you really want to kill me?

Maybe we’re different, but you know that that isn’t reason enough to execute me. My body will end up on the floor, blood flowing, and you’ll go home to your family. You’ll know you’ve killed an innocent person, and you’ll still be able to eat. But I know that you’ll be suffering inside.

In your story about empathy, you can talk about Robert Vischer. Do you know who he is? He was a 19th-century German philosopher who first used the concept of empathy, although the German word he used was translated as “feeling inside”. Interesting, isn’t it?

I have no choice

I’m sure that if someone ordered you to throw yourself into hell, you wouldn’t obey the order. Surely you’re in charge of your own actions. Surely there’s a chance, however remote, that you’ll follow your own judgment and decide for yourself?

Who’s your superior? What did he tell you about me? What do you know about my life? I’ll give you a bit of information for the day that you’ll start writing your story on empathy.

Did you know I have a five-year-old daughter and a three-year-old son? They’re beautiful. My daughter, Luisa, always comes up to my bed in the morning and wakes me up by grabbing hold of my hair. She tells me that I sleep a lot. My son, Marcus, laughs a lot with his sister. And now, you’re just going to leave them without a father. I won’t see them anymore and they won’t see me.

Do they deserve this?

Please tell me, do you think they deserve this? I’m a father and you don’t know anything about me. I’m a father who you’ve been told to get out of the way because he has his own ideals and political ideology.

However, you’re just like me, maybe not politically, but we’re both part of the human race. I can see it in your eyes. You’ve been told not to speak so that you don’t become attached to me, but your eyes can’t help but communicate. You’re not completely blind. Your tense face is evidence that the only reason you’re obeying is to survive.

“Little soul, gentle and drifting, guest and companion of my body, now you will dwell below in pallid places, stark and bare.”

Why are we hiding away? Why are you putting me behind a tree? Are you ashamed of what you’re about to do? Don’t hide my death. Don’t hide your murder. You’ve been told to kill me, that’s how the country works now.

Do it where they can see us, I want them to see how you end my life. Let them see your face when you shoot, let me look at them when my heart’s no longer beating. Don’t hide what you’re going to do. No, don’t do it. Don’t hide those orders.

I know you can hear me. I’m sure you’re listening. In your future story about empathy, I know you’ll say that that you listened to all of us. It’s inevitable. You act bravely in front of your superiors, but you’re scared to death. The only thing that comforts you is that the idea didn’t come from you.

You think you’re just obeying an order, that your responsibility in this action is minimal. I’d like you to answer me and tell me if your will has really been so overridden. Do you really think that if it’s not your idea that you have no responsibility for your actions?

If they ordered you to kill your son, would you do it? If they did, it would be you killing him, not those who gave you the order.

When you write your story about empathy, make it clear that you’re the one who pulls the trigger. Make it clear you had the option not to do it because no one else will know what happens. Just you and me. You have options.

You’re part of a system that has made you believe that people like me should die. But you don’t really believe that, do you? I know you don’t. I’m sure you’re a good family man. Kiss your children goodnight when you get home. Do what I won’t be able to do.

It’s about to get dark and you’ve got me leaning against this tree. The sun’s about to set, moving out of view. I could run, but I know that would end my chances of survival. Eventually, we just have to accept our fate. The question is whether this really was my destiny. How many have you killed before me? Were they all poets like me?

I don’t blame you nor hold a grudge. Maybe I’d do the same thing if I were you, or maybe I wouldn’t. Don’t think I’m angry with you. I’m not angry with anything now. I just want peace.

My children, my wife, my parents… I hope they’ll all be okay. I’ll miss them. You could at least tell them that I remembered them before I, shall we say, “left”. I hope that someday you’ll write your story about empathy where you let people see what you might have felt, but aren’t allowed to express.

I think the time has come. You’re loading the shotgun and you’re pointing it at me. There’s still time. I’m still alive. You don’t want to kill me, you know that. Can you really sleep tonight knowing that you killed an innocent man? Can you look at your children and be proud of what you’ve done?

You know you don’t want to kill me. You could have done it already, though, but you haven’t… Yet…

Emotional Contagion and Empathy
Emotional contagion and empathy both happen when you meet a friend who's excited about a project and their enthusiasm motivates you to explore your own. Read more »
Link copied!
Interesting Articles
Stories and Reflections
The Person Who Broke You Can't be the One to Fix You