The Words We Use Are a Reflection of Our Inner World 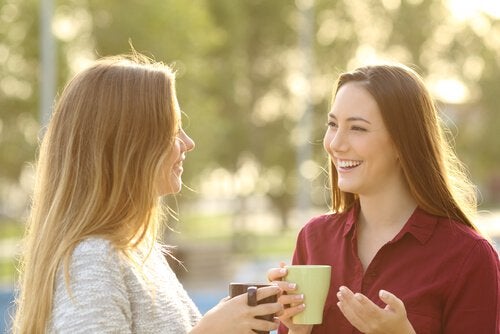 Have you ever asked yourself just how important words are? They exist in order to explain the meaning of objects and situations, in a way that the person who hears them will participate in shared information. With words, we communicate with others, express ourselves and understand each other. Keep in mind that expressing what we feel with a high degree of precision is, among other things, what really makes us human.

Thus, language has a tremendous influence in the results of our projects or in the way that our relationships develop. In the same manner, observing how an individual speaks gives us a lot of information about their thoughts, attitudes and beliefs.

According to the psychologist, James W. Pennebaker, researcher at the University of Texas, the way we use words through spoken and written language says a lot more about who we are and our psychological state than the actual content.

Pennebaker has been analyzing written and spoken speeches for 20 years. His conclusion is that the functional aspects of a sentence, such as pronouns, can say much more about our mood, how we think and who we are than any verb or noun.

For this researcher, the key resides in pronouns, prepositions and articles which, though they might seem to not have much semantic importance, add up to half of the words we use every day. They are very revealing of our centers of attention.

“It’s possible to accomplish something after three hours of fighting, but it’s a certainty that you can achieve it with three simple words impregnated with affection.”
-Confucius-

What pronouns say about us

Articles, prepositions, pronouns. Words that we give importance to, because we think that they only serve to string ideas along. However, the form and frequency in which we use them says a lot about us.

People who lie almost never use the pronoun “I”, a trait which aids in the detection of lies with a success rate of 67%. On the contrary, depressed people or ones with a tendency towards melancholy abuse the pronoun “I”. Statistics show that people who have committed suicide had used the words “me”, “I”, “my”, and “mine” in their writing twice as much as the average. Also, they rarely or never used the pronoun “us”.

“Words can be like X-rays if they are used correctly: they go through everything. You read them, and they go right through you. This is one of those things that I try to teach my students: to write in a penetrating way.”
-Aldous Huxley-

Words define us and help us communicate with us. They always express something. We can show off our anger, joy, sadness and, in short, how we feel. Knowing how to communicate correctly implies aspects such as making yourself understood, understanding others and better comprehending what’s happening around you.

In general, people who try to deceive others don’t tend to use pronouns or any words to describe their emotions. They prefer to use nouns and, above all, verbs. This kind of person tends to use the indirect and conditional version of speaking, for example: “would” and “could”.

Women are less concrete than men. They use less words which refer to orientation and spaces and more words oriented towards reflection. For example, “I think that”, “I believe that” or “It seems to me that”. On the contrary, men use more articles, mostly to categorize their world by counting, naming and organizing objects.

Don’t forget, when it comes time to interpret, even though words define us, half of this depends on who says them and half on who hears them.

“People who posses a spirit of discernment know the difference that exists between two words that seem similar, based on the place and circumstances that accompany them.”
-Blaise Pascal-

People usually talk about emotional dependence in the context of a marriage or dating relationship. In this context, it's a…

Psychology
How Does the Brain Process Emojis?

The way we communicate is changing at a dizzying rate. In fact, it feels like a car being pulled by…

Neuroscience
The Anxious Brain and the Worry Cycle

The anxious brain usually experiences more worry than fear. It feels exhausted and with limited resources, due to the repetitive…