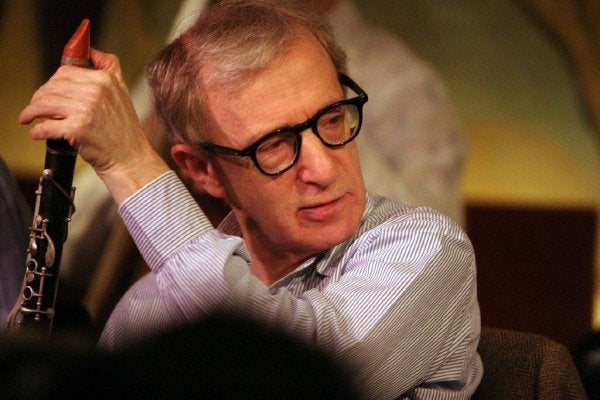 With a sarcastic tone and a lot of humor, filmmaker Woody Allen has left us with wonderful quotes that are worth remembering. As he likes to say, “My way of joking is to tell the truth. It’s the funniest joke in the world”. That is exactly why we compiled some of Allen’s best quotes in the following paragraphs.

You should note that Woody Allen’s quotes, even at the risk of seeming simplistic, contain very deep and obvious criticisms. As the filmmaker would say, “The answer is yes, but what’s the question?”

Woody Allen’s life seems to revolve around sexual relationships. He’s been involved in different conflicts because of his relationships. These relationships have definitely played a part in the creation of his great quotes. In fact, Allen is known for saying, “There are only two important things in life. The first is sex and the second I don’t remember”. Therefore, Allen’s reasoning would follow that “sexual inactivity is dangerous” and “fidelity is only seen in sound equipment these days”.

It’s clear that, to Allen, “Sex is the most fun you can have without laughing” because although “‘Love is the answer, but while you are waiting for the answer, sex raises some pretty good questions“. For example: “Is there a hell? Does God exist? Will we come back after death? Oh, let’s not forget the most important question: Will there be women there?”

In this regard, Woody Allen believes that “Is sex dirty? Only when it’s being done right” and that only “some marriages end well and others last a lifetime”. Apparently, the filmmaker didn’t see marriage as something stable and compares it to savings accounts. In short, “sex without love is an empty experience, but as empty experiences go it’s one of the best”.

Have you seen Woody Allen working?

He wasn’t very disciplined workwise. He thought that “work is an invasion of our privacy”. But, on the other hand, he also believed that “money doesn’t give happiness, but it provides a similar feeling which requires a very advanced specialist to verify the difference.”

Any student can probably empathize with the following quote: “There are students who are sorry to go to the racecourse and see that even horses manage to finish their career”. He also said that, “Work eight hours and sleep eight hours and make sure that they are not the same hours”. In addition, he said, “If you don’t make mistakes from time to time, it’s just that you didn’t try”. If you follow these rules, you won’t deal with a situation like Allen’s father who “sold the pharmacy because there was no other way”.

The filmmaker came to affirm, “I don’t believe in a life beyond, but, just in case, I’ve changed my underwear.” Allen said this after he indicated that, “If God only gave me a simple signal, how to make an income in my name in a bank…” he came to believe in God. In the end, he ended up accepting science in the place of religion. He eventually said, “Actually, I prefer science to religion. If you give me a choice between God and air conditioning, I’m left with the air”.

Woody is also fearless. He said, “I’m not afraid of death; I just don’t want to be there when it happens”. He also has very clear ideas about death. Allen said, “I prefer to be incinerated rather than buried”.

On the other hand, although Allen knows that “money doesn’t give happiness, he thinks that “money is better than poverty, if only for financial reasons”.

In short, all these quotes show that Woody Allen is a man with a lot of perspective. He said that, “My interest is in the future because I am going to spend the rest of my life there”.

10 Extraordinary Orhan Pamuk Quotes
These Orhan Pamuk quotes echo through time. Surprisingly, he has a unique way of understanding the world. Read them in our article! Read more »
Link copied!
Interesting Articles
Culture
Maria: The Story of a Transsexual Child

Sexuality has many dimensions. One of those dimensions is transsexuality. A transsexual person has a biological identity but doesn't identify with…

Culture
Marilyn Monroe: The Psychological Portrait of a Broken Doll

From a tragic death, a myth was born. It's important to remember that during Marilyn's times, the media wasn't nearly as intrusive…