Love Without Sex? Sex Without Love? 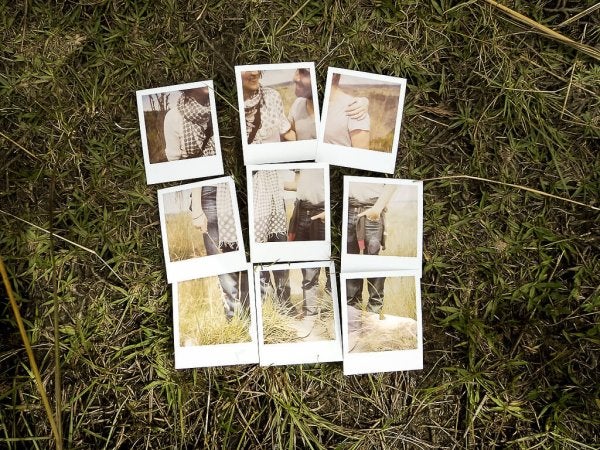 Sexuality is a subject about which there are all types of hypotheses, conjectures and conclusions, and it is discussed from a variety of perspectives.  Some try to understand it from the point of an enigmatic world of neurotransmitters. Others choose to decipher it through the complex networks of culture, or to simplify it by looking at it through the lens of instinct.

When it comes to sexuality, though, no one has the last word. There are so many ways of enjoying or suffering through sexuality.

One of the biggest sources of uncertainty in a relationship is the subject of sex and love and viceversa. Up until what point can a couple enjoy love without sex? How long can a sexual relationship go on without involving romantic feelings?

You could call it “platonic love,” “cordial love” or even fake love. The question is, can there be true love in a couple without sex?

To answer that question, we need to focus on a point that’s so often looked over: a person’s sexuality doesn’t always match up with their genitalia.

This affirmation can especially be almost incomprehensible for men or women who are “too masculine.” They don’t understand that their sexuality goes beyond their genitalia. On the other hand, many women, and a good number of men, know that sexuality is a constellation of sensorial experiences.

A kiss or a hug is an expression of sexuality, not just a “preamble.” Your touch, your voice and your caress are all forms of reaching out with your sexuality to your partner.

But getting back to the point: can there be love without sex? The answer is a resounding yes. In matters of sexuality, there are no fixed standards. It’s actually just the opposite: no rule should be taken for granted.

In a study performed by professor Anthony Bogaert of Otawa University, he found that some couples, after having lived together for several years, were still in love with their partner, even though they didn’t have sex.

They don’t want to leave their partner because the relationship is stable and gratifying, but at the same they’re not sexually attracted.

In the opinion of psychoanalyst Oscar Menassa, love and desire do not have to meet. He adds that if it does, most of time it’s not a long-term experience. And finally, he says that he sees many patients who define themselves as “asexual.”

In the present time, “sex without love” has almost become a rule. Many go so far as to consider “corny” the notion that you might wait to have sex until being in love. People have made careers of promoting the idea that sex is pleasure and love is commitment, which therefore brings problems.

Couples reassure themselves that the sexual encounter “doesn’t mean anything” on an emotional level; so as to avoid any confusion. And if either of them claim that they’re starting to feel “something deeper” after an apparently casual sexual encounter, it’s looked upon with skepticism.

Supposedly, the sexual encounter is a “quality test” or a “test drive.” If all goes well, it could lead to a relationship that’s a bit longer. If not, “so long.”

So can there be sex without love? This is where we refer back to the definition of sexuality. If sex is understood as genitalia, the answer is definitely yes. However, if the concept is any deeper, the answer would have to be no.

At this point its important to clarify that the word “love” can define a lot of realities. The fulfillment of this feeling depends on the characteristics of the person experiencing it.

Some people act like it’s ice water and barely dip their toes in. Others dive in head first to explore, not caring if they freeze.

If we talk about it from the point of view of mental health, clearly it’s much more gratifying and healing to have sex accompanied by love.

However, that’s not to say that sex without love is a negative experience. On the contrary: in some circumstances, it’s a completely legitimate way of embracing one’s sexuality.

In any case, each person must have their own definition of sexuality. The “norm” is just a number, a statistic. You’re the only one who knows if the way you experience your sexuality is gratifying or tormenting.

In the first case, no matter what you’re doing, it’s valid. In the second, it’s worth it to reflect on what’s really going on.

Not answering. The use of sarcasm. Saying that it's impossible to talk to you. Talking down to you as if…

Verbal abuse in childhood directly affects children's health. Nevertheless, we're not aware of all of its effects. This is because…

There you go again: worrying and regretting about what happened or what you did. The speech is always the same, tedious…

Psychology
Learn to Overcome Your Phobia!

We all have a phobia or know someone who has one. Some phobias can be about things which don't condition…